Some Days Ya Just Wanna Scream….for a number of reasons of course. 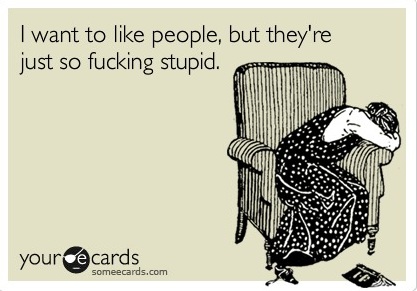 Today was one of my off the wall I just wanna scream days. Why? Because of a number of things that tend to really piss me off. Which, is basically just about everything these days. Well, at least today.

So where do I begin? Tough choice. Um, let’s see. How about ultimate stupidity. That ALWAYS sets me off. Not that I do not suffer from that affliction at times as well, but when I do, I sure as hell don’t go posting it in my local newspaper so that everybody can see I’m really a freakin’ idiot. I save my idiot comment stuff for my blogs.

That way anyone who thinks I’m an idiot can call me an idiot in my comments section.

BUT….here’s my “I wanna scream moment” that set me off today. First of all, let me explain this idiotic letter to the editor. Better yet, let the idiot who wrote this letter say it in his own words: 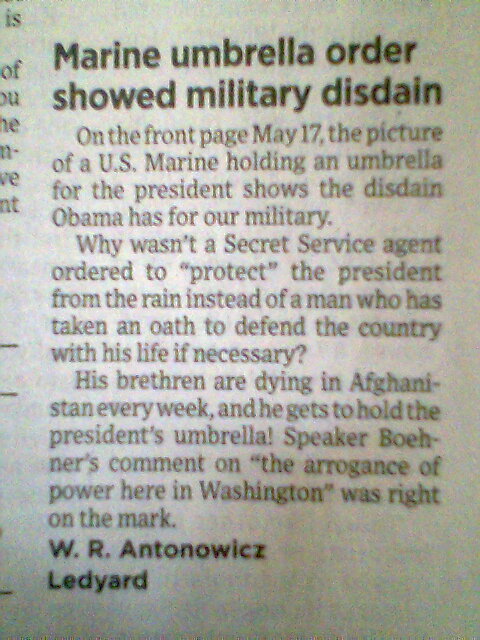 Um…good point fella, but perhaps you should have done your research. OH WAIT! Research….WTF is THAT?

(My apologies to the letter to the editor writer, nothing personal. But if you’re gonna put this stuff out there for everybody to read, expect some flack)

Ok Obama haters. You just love that guys’ letter don’t ya. Doesn’t matter if it’s correct or not. Just the fact that the President is so arrogant that he has a Marine hold his umbrella. The freakin’ nerve of him. Bastard! 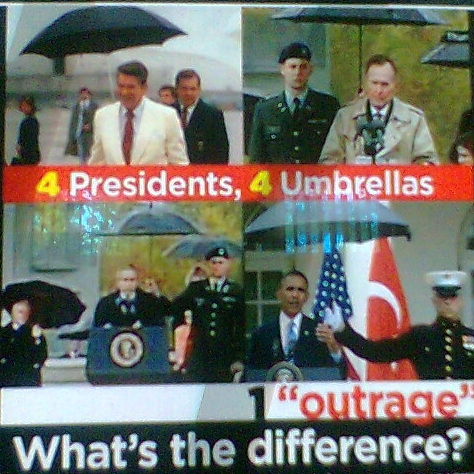 OMG!!!!  OMG!!! Other servicemen holding umbrellas for Presidents!!! OMG!!! Say it ain’t so! Puleeeeease, say it ain’t so! Erase those photos before I look like a complete idiot for writing that letter to the editor!

Oh….sorry, there IS a reprieve in all of this for the writer of that letter. To quote a famous philosopher from his autobiography when he was asked why he was spreading untruths about a candidate that he was running against. (which I researched by the way) “It doesn’t matter if it’s a lie or not, it’s how many people you can get to believe it.” (Richard M. Nixon) 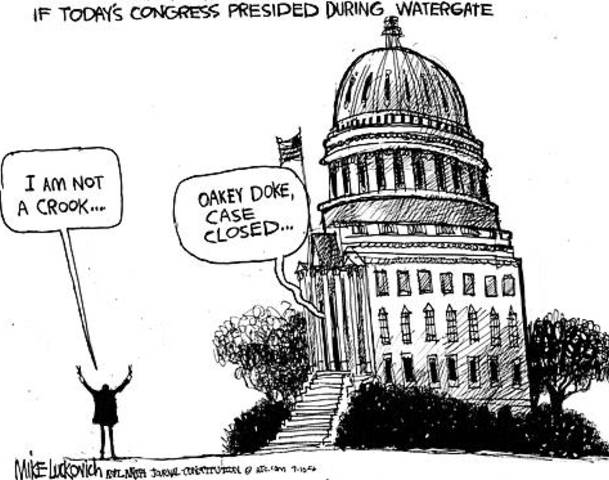 “I have the greatest affection for them [Negroes] but I know they’re not going to make it for 500 years. They aren’t. You know it, too. The Mexicans are a different cup of tea. They have a heritage. At the present time they steal, they’re dishonest, but they do have some concept of family life. They don’t live like a bunch of dogs, which the Negroes do live like.”

But, again, as we all know, it’s perfectly fine to degrade any ethnic group if you’re the President, as demonstrated by Nixon. BUT…if you’re the President AND are a member of one of those groups Nixon lovingly refers to, as is Obama, then you obviously have a great compassion for all ethnic groups. So many of the President’s detractors, rather than appear racist, have to forgo those racist remarks, (excluding Sodahead.com) and try to nail the President on whatever stupid stuff they can come up with. As in the great umbrella fiasco. 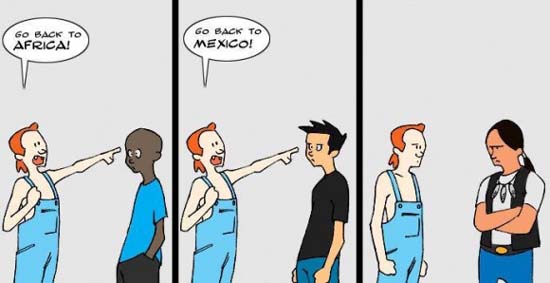 Now all that said, which I just did, I would be the last person to deny anyone their Gawd given right to freedom of speech. If you hate the President for whatever reason, legitimate or not, give it your best shot to make him look bad. BUT…for cripes sake, don’t make yourself look like a complete idiot by writing or posting stuff you haven’t researched.

Sure, write letters about Benghazi, the IRS, the AP e-mails, Obamacare, how many vacations the President takes, how many personal trips he takes, the amount of fertilizer he uses to grow vegetables in Michelle’s White House Garden, how much it costs to keep lights burning in the White House, why is he schmoozing with N.J. Governor Chris Christie, and the nerve of him to visit all those disaster places and promise Federal help when he knows damn well, (Texas) they wanna secede from the union. The f***king nerve of him.

“Ah hate the President, ah wanna secede from da union, ah don’t need no stinkin’ Federal government up my ass…..um…..can ya send us some Federal Aid disaster money first before we secede?”

BUT….for Gawd’s sake, and mine before I, and others, lose it completely, DO YOUR F**KING  RESEARCH!

Here’s a tip. When you’re gonna write a letter to the editor or call into a talk show and complain about the President, do something really unusual. Have FACTS to back you up. Yes, I know, facts tend to, as I always say, cloud up the issues, but give it a shot.

Every single President has had his detractors. It’s just the way life is. No President is EVER going to get a 100% rating. Nor is he ever going to be adored by everyone. Some people will just hate a President in office because, simply put, he’s in office and their candidate lost. Bottom line.

Cheer up. Another election is due in 2016. Maybe the opposing party will get in office and the roles will reverse. Maybe not. BUT….it’s something to look forward to.

However, and you can mark my words, whoever gets into office in 2016 will face the same bulls**t that Obama is facing regardless of their party affiliation. Human nature to ALWAYS hate the incumbant in office if he or she is from a different political party than yours. 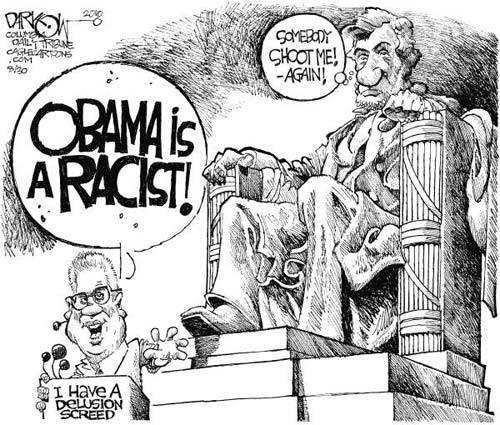 Then there are the racists from other planets

So, in conclusion, I personally feel that writing this today actually served no purpose. Other than allow me to vent about stupidity and idiots that roam the earth freely while someone who smokes a joint can be thrown in the slammer for 10 years.

Yep….it’s perfectly ok to use all of the racial slurs about the President as well as spreading lies, (Sodahead.com) ……………..but smoke one joint………

And your ass is grass for smoking grass. 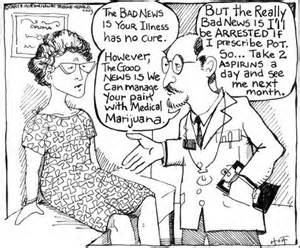 But the good news is nobody will call you a pot head.

Former disc jockey, (Dick Jones) 30 years, and author of, "I Could Have Been Famous But Sex, Love & Life Got In The Way" available at Amazon.com books, & Kindle, "The Covert Chamber" a mystery novel available at Amazon.com and Barnes & Noble, and "Forgotten" the story of two WWI pilots who were forgotten for over 70 years available on Amazon.com and Kindle
View all posts by misfit120 →
This entry was posted in Uncategorized and tagged Abe Lincoln, Glen Beck, Gov. Chris Christie, letters to the editor, marijuana, Obama, racism, Richard Nixon, secession, Sodahead.com, stupidity, Texas, Watergate. Bookmark the permalink.

4 Responses to Some Days Ya Just Wanna Scream….for a number of reasons of course.