Counting The Days To Impeachment

Obviously a fake or alternative document

As you all know I’ve (agonizingly) refrained from blogging about The President (who shall remain unnamed) because it just drives me bonkers to even watch him, let alone write about him. So, that said, which I just did, I’m simply sitting back and counting the days till our Führer is impeached.

Hey……if Bill Clinton can be impeached for getting a damn blow job, WTF, at some point something will catch up to the unnamed President.

Soooo, what have I been doing instead of posting facts when I see a story on-line, which as we all know tend to cloud up the issues we all face in the political arena today. Damn those pesky facts. 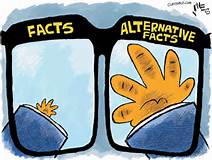 Good luck with that. As I said bloggers…..facts do not matter.

But, takes the pressure off of me having to post facts and some brain-dead idiot post an intelligent response like, “But what about liar Hillary or Bill’s blow job.”

Or, “Ah did not have sex with that woman.”

BUT……did you get a blow job? 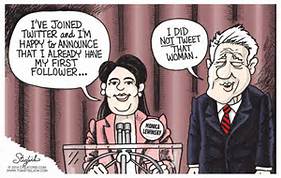 Kinda like…….(under oath) “Mr. Sessions have you ever met with a Russian official.”

“Mr. Sessions we have proof you actually met with a Russian official.”

“Ohhhhhhhhhhh. You said “Russian Official.” I thought you asked if I ever met with an official and was rushed.”

Soooo, as I was saying, before getting sidetracked, I watch other bloggers etc. Visit my local casino because they give old coots like me free slot play every week. Promote my books, specifically “Forgotten” my most recent book about two WWII pilots killed over my town in 1944 in a mid-air crash.

Plan my Spring yard activities. Which are, in order:

Yep….nobody there gives a big rats ass about politics.

Former disc jockey, (Dick Jones) 30 years, and author of, "I Could Have Been Famous But Sex, Love & Life Got In The Way" available at Amazon.com books, & Kindle, "The Covert Chamber" a mystery novel available at Amazon.com and Barnes & Noble, and "Forgotten" the story of two WWI pilots who were forgotten for over 70 years available on Amazon.com and Kindle
View all posts by misfit120 →
This entry was posted in current events humor and tagged fake news, impeachment, politics, wiretapping. Bookmark the permalink.