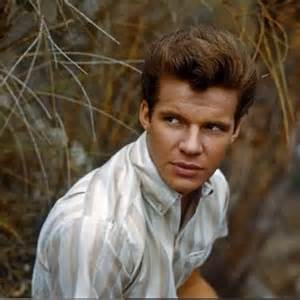 Today, October 24th, we lost yet another rock legend. Bobby Vee from the complications of Alzheimer’s disease. he was 73.

The Day The Music Died.

It was a cold Winter night on  February 3, 1959 just outside of Clear lake, Iowa. A small plane carrying rock and roll performers Buddy Holly, Ritchie Valens, and J. P. Richardson (The Big Bopper) took off after all three performed a concert called “The Winter Dance Party Tour” and were headed to another one in Moorehead, Minnesota via Fargo, North Dakota.

The plane never made it. All three performers were killed in a crash along with the pilot in a snowy field. That day became known as “The Day the Music Died” as immortalized in Don McLean’s song, “American Pie.

Three lives ended in an instant. But with that tragedy, a bit of irony.

As that old saying goes, “the show must go on.” And that it did in Fargo, North Dakota with the rest of the performers that were performing with Holly, Richardson and Valens. Including Dion DiMucci who opted not to fly on that ill-fated flight along with, at that time, a backup guitarist named Waylon Jennings who also opted not to fly and gave up his seat to Richardson.

Looking for yet another act to fill in that night concert officials asked a then 15 year-old Bobby Vee to hastily put together a band and fill in. Vee did just that with a band he called “The Shadows” and went on stage that night and that’s how his career began. Followed by his first big hit “Suzie Baby.”

Reflecting on that night and a memorial album he recorded in memory of those three rock stars, Vee put it this way:

“Like so many other people, I became a Buddy Holly fan the very first time I heard him sing. I’ve been a fan ever since and I guess I always will be. I remember a few years ago when Buddy was scheduled to appear at a dance in my home town of Fargo, North Dakota. It was going to be a big event for the whole town, but even more so for me. I was anxiously looking forward to seeing Buddy in action.

The day he was to arrive disaster struck, taking Buddy’s life, along with the lives of two other fine singers, Ritchie Valens and the Big Bopper. The shocking news spread through Fargo very quickly. The local radio station broadcast a plea for local talent to entertain at the scheduled dance. About a week before this, I had just organized a vocal and instrumental group of five guys. Our style was modelled after Buddy’s approach and we had been rehearsing with Buddy’s hits in mind. When we heard the radio plea for talent, we went in and volunteered. We hadn’t even named the group up to that time, so we gave ourselves a name on the spot, calling ourselves The Shadows. We appeared at the dance and were grateful to be enthusiastically accepted. Soon afterwards, I made my first record. It was called “Suzie Baby” and I was pretty lucky with it; it was a fair-sized hit.

For some time now, I have wanted to make an album in tribute to Buddy, but I wasn’t sure it was the proper thing to do. However, during the past year, I have received many requests to do such an album. These requests came not only from my fans and from DJs, but also from Buddy’s loyal following—still a large group of devoted fans. It…. gave me the confidence to do the album. From “Suzie Baby” to this present album, I have made many records, but I have never forgotten Buddy Holly and his influence on my singing style and my career.”

Vee went on to become a bona fide star and regularly performed at the Winter Dance Party memorial concerts in Clear Lake. His sons are all musicians and have performed with him there.      (source Wikipedia)

So, in memory of Bobby, here are some of his greatest hits. Beginning with his first record, “Suzie Baby.” Listen for the signature Buddy Holly hiccup.

His next release was “Devil or Angel.

Still well into the 60’s the hits continued with this uptempo song, “Rubber Ball.”

But my all time favorite Bobby Vee song was this next one. If you’ve ever spent time in detention in High School you’ll be able to relate to this one, as I did. “Stayin’ In.”

And then, “Take Good Care Of My Baby.”

“Run To Him” on Dick Clark’s “American Bandstand.”

And, if you were a Peeping Tom, hey, this could have been your theme song, “The Night Has A Thousand Eyes.”

And, finally in our tribute to Bobby, his last big hit, “Come Back When You Grow Up.”

Thanks for the music Bobby.

Former disc jockey, (Dick Jones) 30 years, and author of, "I Could Have Been Famous But Sex, Love & Life Got In The Way" available at Amazon.com books, & Kindle, "The Covert Chamber" a mystery novel available at Amazon.com and Barnes & Noble, and "Forgotten" the story of two WWI pilots who were forgotten for over 70 years available on Amazon.com and Kindle
View all posts by misfit120 →
This entry was posted in current events humor and tagged Big Bopper, Bobby Vee, Buddy Holly, Dion, J.P. Richardson, Richie Valen, The Day The Music Died, Waylon Jennings. Bookmark the permalink.