What Difference Does It Make……….

The five most important words in the world…….according to which side of the political aisle your on. “What Difference Does It Make.”

However, political aisles aside, I for one, really appreciate the media and politicians using Hillary Clinton’s famous words, (even though the rest of the quote was edited) because I discovered those five words finally give us men a response similar to the one women use when ya ask them to explain their reasoning.

Like for instance when you ask a woman, “Hey, wanna mess around tonight?”

So you, obviously wanna know why and ask, “Why not?”

And she replies, “Because.”

Yep, the ol “because” explanation. And we men all know that’s as far as you’ll ever get to getting an explanation. 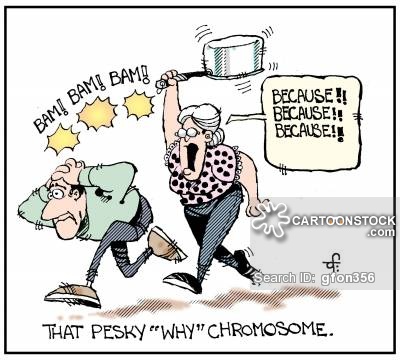 That Pesky ‘Why’ Chromosome.

NOW….yes…NOW its our turn to respond in our own “because” mode you man hunks.

I, for one, have utilized those famous five words since day one. (thank you Hillary)

For instance: As many of you may have discovered, this has been a great season for ants. Ants everywhere. My other half’s favorite saying when it comes to finding an ant on our kitchen counter is, “F**king ants!”

Although, I must admit I have never seen an ant doing that.

Which also raises the question, how exactly DO ants do that?

Come to think of it I’ve never seen the birds and the bees doing that either.

Besides being short, I also have a short attention span.

Anyhow, I went out and bought some ant cups and so far she’s only spotted one or two “f**king ants.”

Now I can completely understand her frustration with “f**king ants” in the kitchen. BUT……we’re sitting out on the outside deck and once again she’s complaining about those f**king ants” OUTSIDE!!!!!

To which I reply, “What difference does it make?”  (editing, of course, the rest of my comment which was, “They’re SUPPOSED to be outside for cripes sake!”)

BUT…I felt if it works for the media to cut quotes, hell, why not for me too. 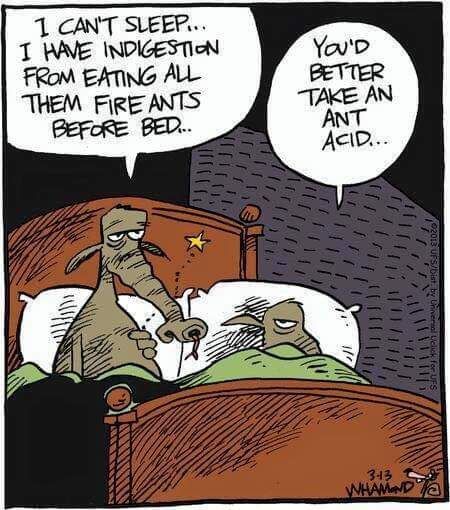 And editing my last sentence, (to please the media) “either way the food is gonna get cooked!” 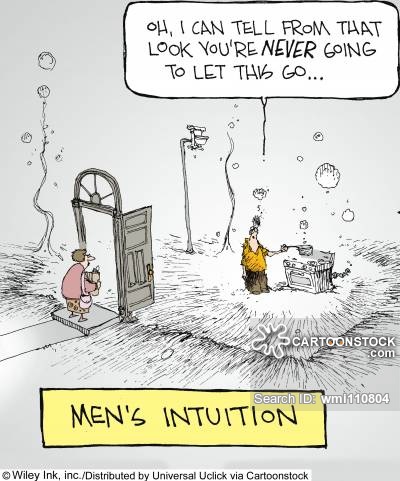 So the other day she’s all bent outta shape because ONE plastic bag has a hole in it. Again, OMFG!!!! Crisis.

So she complains to me, “Ya know, I’m gonna hafta go through all these plastic bags and get rid of the ones with holes in them.”

To which I reply, “What difference does it make?” (Again, editing the last part of my comment which was) We’ve got a gazillion plastic bags, just  throw that one away and use another one.”

Thinking in my mind, “Who TF in their right mind is gonna spend an hour checking out each and every plastic bag.

The last time I got busted after leaving a WalMart

My final episode of “What difference does it make”………………feeding the birds in our backyard.

Like all of us have at some point or another have forgotten about leftovers in the refrigerator. So, obviously things tend to grow fur on them if they’ve been in the fridge too long.

To me, the obvious would be to throw them out in the back yard and let some stray critter come along and scarf down those scraps.

Yes…..you guessed it, my reply, “What difference does it make?” (again editing the last part of my comment) “Ya ever see animals and birds and whatever eating road kill for cripes sake! And YOU”RE freakin’ worried about MOLD!!!!!” 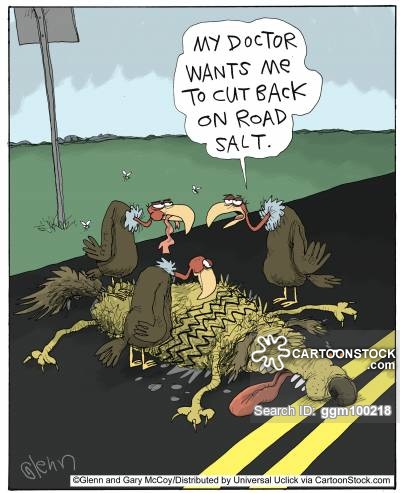 ‘My doctor wants me to cut back on road salt.’

So ya see, that famous line, “What difference does it make,” really comes in handy. I’m sure all of you guys can now follow my lead and employ the use of that line in a lot of instances. You can thank me later.

After all, in the end, considering women are (cough) always right, “What difference does it make.”

Former disc jockey, (Dick Jones) 30 years, and author of, "I Could Have Been Famous But Sex, Love & Life Got In The Way" available at Amazon.com books, & Kindle, "The Covert Chamber" a mystery novel available at Amazon.com and Barnes & Noble, and "Forgotten" the story of two WWI pilots who were forgotten for over 70 years available on Amazon.com and Kindle
View all posts by misfit120 →
This entry was posted in current events humor and tagged Benghazi, Hillary Clinton, marriage, relationships, What difference does it make. Bookmark the permalink.