Ok, I completely understand the fascination with the Titanic. Especially since Leonardo DiCaprio and Kate Winslet in the movie “Titanic” showed all of us just how much fun it was to be on a sinking ship.

Yep, I myself, after seeing that movie, wished I could have been on board back then just to experience that super slide towards the end of the movie as the ship was sinking and went up into the air and people were sliding down the entire length of the ship and into the water. 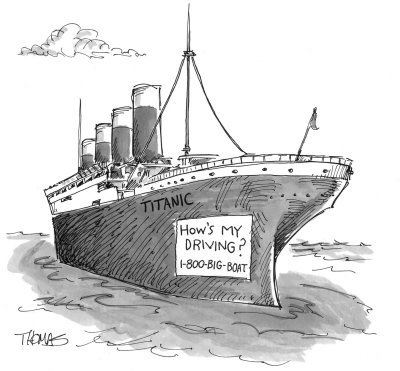 Ya can’t find a super slide like that in any damn amusement park.

So, that may have been the inspiration for gazillionaire Clive Palmer, (no relation to Arnold, Betsy or anyone who reads palms) to have his company, “Blue Star Line” build an exact replica of the Titanic. 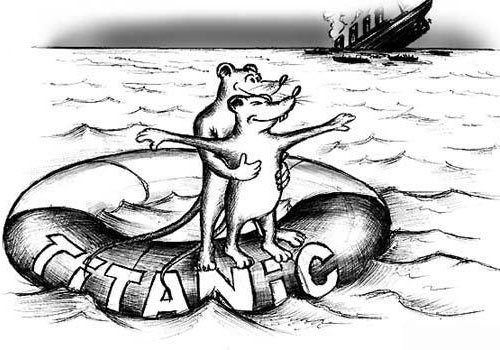 Perhaps, while they’re at it, might wanna consider building an exact replica of the Carpathia which picked up some of the Titanic’s survivors……jusssssst in case.

According to the article from “Yahoo,””At 882 feet long by 100 feet high, the fully functioning replica will be the same size as the original but will include modern safety and navigational features.”

Yep, kinda like the very same “modern safety and navigational features” that were on the original Titanic.

As that famous philosopher Sarah Palin once said, “How’d that work out for ya?”

Why jack was so eager to let go

Recent photo take by Dr. Ballard of the Titanic

However, there is one difference. The first Titanic sailed from Southampton, England on its way to New York while the new Titanic in 2018 will sail from Jiangsu in eastern China to Dubai.

Damn! WTF are the chances of hitting a freakin’ iceberg in China or Dubai? 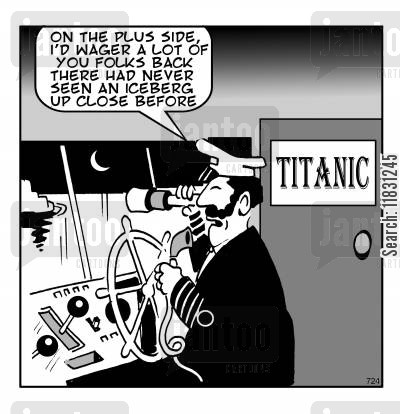 Which goes along with, “Other than that Mrs. Lincoln, how’d ya enjoy the play?”

Then again, even if they did do a remake of the movie if THAT ship sank, by the time they got around to putting the movie all together Leonardo and Winslet would most likely be in the 60’s,…..so much for casting them in their respective parts.

AND…..THIS TIME let both those f**kers drown in the movie.

Just to see the sharks have a field day.

Guess who I’d be rooting for.

Now, in conclusion, if the Titanic II by some strange coincidence also sinks after its launch in 2018, and even though a certain President will be out of office….I’ll betcha THIS would happen……………… 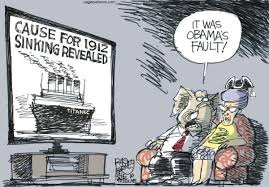 Former disc jockey, (Dick Jones) 30 years, and author of, "I Could Have Been Famous But Sex, Love & Life Got In The Way" available at Amazon.com books, & Kindle, "The Covert Chamber" a mystery novel available at Amazon.com and Barnes & Noble, and "Forgotten" the story of two WWI pilots who were forgotten for over 70 years available on Amazon.com and Kindle
View all posts by misfit120 →
This entry was posted in current events humor and tagged Blue Star Line, Clive Palmer, Honey Boo Boo, icebergs, Justin Bieber, Kate Winslet, Leonardo DiCapprio, ships, Titanic. Bookmark the permalink.