Yes, it’s true. According to an article by Walter Einenkel, and re-blogged on a number of sites, the AMA (American Medical Association) wants to ban all advertising for prescription medications currently advertised on TV.

I, for one, am in a state of panic. Not that I love those commercials that tell me the number of side effects I’ll suffer from after taking any of those medications which are, in my mind, a lot worse than what I took the original medication for in the first place, but, if Viagra is on that list, I’m definitely gonna protest that ban proposal.

Only because I’d miss Linette Beaumont, one of the spokeswomen for Viagra. 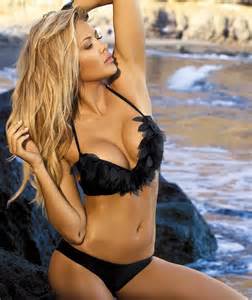 As for the other prescription medications advertised on TV, I could give a rats ass. Cept for maybe that one with the big bad wolf who has a breathing problem and can’t blow down the three little pigs houses.

Here’s the statement released by the AMA:

“Today’s vote in support of an advertising ban reflects concerns among physicians about the negative impact of commercially-driven promotions, and the role that marketing costs play in fueling escalating drug prices,” said AMA Board Chair-elect Patrice A. Harris, M.D., M.A. “Direct-to-consumer advertising also inflates demand for new and more expensive drugs, even when these drugs may not be appropriate.”

If they need the drug pal, hike up that damn price. 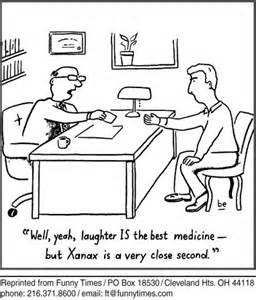 I really don’t mind if drug companies advertise their products on TV. I actually enjoy watching how great some of these drugs are, and then listening to all the side effects you get if ya take those drugs.

But I especially enjoy trying to make sense out of some of the chemical names of these drugs after they show us the marketing brand names.  Like who in their right mind is gonna walk into a drug store and ask for, “umeclidinium” (Abilify) “drospirenone”(Belsomra) “tadalafin” (Chantix) “rivastigmine” (Exelon) “desvenlafaxine” (Pristig) and “sildenafil” (Viagra)

Unless they have a pill that helps you be able to pronounce those long generic names for drugs.

“Yes, now a new drug that helps you walk into a pharmacy and actually be able to pronounce generic names for drugs. It’s called, “stupidbrainfartius” (Stoopid) now available at your local CVS and other pharmacies. Need Viagra? No need to embarrass yourself when you’re asking your pharmacist for ED medication and old ladies, dogs, and your local clergyman are standing behind you in line. Take one dose of “Stoopid” and you’ll be able to pronounce the generic name of Viagra, “sildenafil” and nobody will ever know what the hell you’re ordering.”

(side effects) “Side effects of “Stoopid) include the inability to speak coherently in normal language to anyone for several hours without using long unintelligible words that anyone can understand and an erection lasting more than four days.

Me thinkith this plan to ban prescription medications from all TV advertising is a secret plan by the AMA to make people like myself and Walter Einenkel write stoopid (brand name) blogs about their plan to ban prescription drug advertising on TV so that we’ll all panic and run to the store and buy up all those drugs before they’re not advertised on TV and we have no clue as to what to buy….BUT….just in case we come down with something, have them on hand. 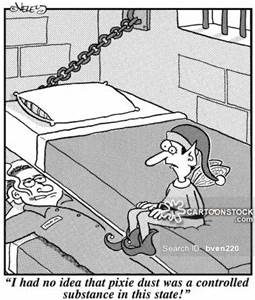 I know! Tinker Bell is in the next cell.

Yep, nothing like sitting around the family table with everybody using prescription medications suffering from one or more of those side effects.

I sense the possibility of a new TV reality show here.

“Tonight on TBS…….”Prescription Medication Side Effects with the Grozneck Family.” Tonight’s episode, Walter Grozneck takes an accidental overdose of Viagra causing a 8 hour erection, trips over the family dog, falls onto the living room floor, and punches a hole in the hardwood floor much to the dismay of Mrs. Grozneck who just spent $2,000 for a classic Hawaiian inlaid floor.”

Sooooooo. Am I personally concerned prescription drugs may be banned on TV? Nope! Got my own stash of the one and only drug “I” ever need……..AND, ya NEVER see this one advertised on TV………….

DONATE & SUPPORT: The MisfitWisdom PayPal donate  link. Copy and past the link to make a (cough) donation:   PayPal.me/misfitwisdom

Former disc jockey, (Dick Jones) 30 years, and author of, "I Could Have Been Famous But Sex, Love & Life Got In The Way" available at Amazon.com books, & Kindle, "The Covert Chamber" a mystery novel available at Amazon.com and Barnes & Noble, and "Forgotten" the story of two WWI pilots who were forgotten for over 70 years available on Amazon.com and Kindle
View all posts by misfit120 →
This entry was posted in current events humor and tagged Linette Buaumont, TV prescription medication advertising, Viagra. Bookmark the permalink.