It’s not too often that I get to award the prestigious MisfitWisdom “Flying Fickle Finger Feather Award” to a local politician, but, today’s honor goes to (Ta Da) Representative Antonio Guererra, D-Rocky Hill,  Connecticut for outstanding stupidity above and beyond the realm of stupidity. 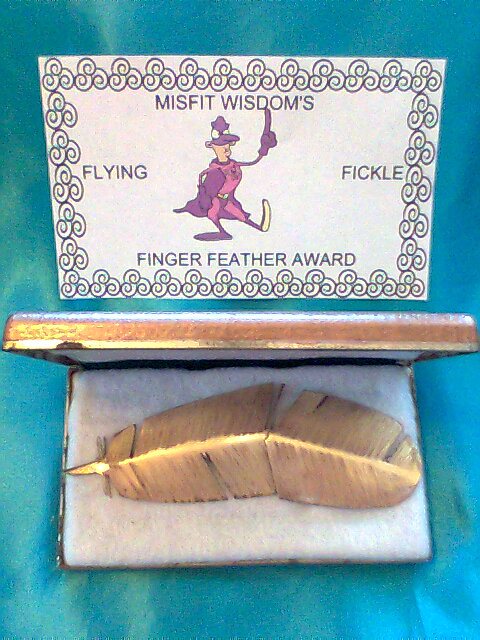 First of all, let me clarify this a bit. I’m NOT saying the honorable Representative is “stupid.” I’m saying what HE said was stupid. So, form your own conclusion as to where you’d like to place him.

Now the facts. Which as I always say, tend to cloud up the issue.

In a front page article in the “New London Day” newspaper on February 26th entitled, “Pros and Cons of Tolls Debated,” which is about the state of Connecticut debating the return of toll booths, Representative Guererra said that he would love an alternative to tolls if there is one out there.

Hmmmmm. Alternative to tolls if one is out there? Hmmmm. 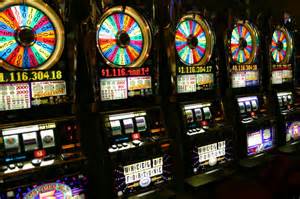 “But I haven’t seen it and we keep kicking the can down the road. I’m tired that people traveling through our state don’t pay. They ruin our roads and everyone in this room foots the bill. I can’t understand why people don’t understand this.”

His comments were made before the General Assembly’s Transportation Committee which he is the Co-Chairman.

Now, “I,” speaking for myself, may be stoopid. Not having anything to do with politics, and taking part in ruining those roads myself, BUT, how do ya figure out-of-staters who travel on Connecticut roads are ruining them in comparison to all the residents in Connecticut who also do their fair share of ruining the state’s roads as well.

Is there something we don’t know about people from out-of-state who drive on our roads that cause them to ruin our roads more than the state’s residents?

Like do they drive heavier cars or something? Or drive slower when they enter Connecticut and ruin our roads because residents driving cars have to speed up to pass them thereby causing wear and tear on the asphalt?

Or are there just waaaay to many people traveling through Connecticut so we locals can’t get on our own roads and ruin them ourselves?

Beats the f**k outta me.

For example, traveling on Interstate 95 today I took note of all of the out-of-state vehicles using the road as I was just cruising at my normal speed of 85 mph doing my share of ruining Connecticut’s roads.  Every time I saw an out-of-state vehicle, I said to myself, “Bastard, why the hell don’t ya stay in your own state and ruin your own freakin’ roads instead of comin’ here and ruining ours.”

Good thing I was driving my specially designed car so they’d get the message.

Yep…..I bought one of these

So, according to Representative Guererra, the best way to solve this road ruination problem by out-of-staters is to make them son of a bitches pay. Ya wanna drive on our roads, do ya punks. Well pay up!

Of course we all know where this is going. First of all, state residents will be all pissed off because we’ll have to go back to avoiding those tolls booths, if enacted, by sneaking around those back roads to get where we’re going. Meaning we’ll be ruining more and more of those back roads as well. While, of course, the out-of-staters get to ruin the major highways.

But, the state can repair them from the cash they’ll get from the tolls. So, I guess it’s a win win situation. Unless you’re an out-of-stater.

Now, as I see it, considering Rep. Guererra said he’d love to see an alternative to tolls, there is another option. Stop these people coming into Connecticut and ruining our roads by giving them a reason not to come into Connecticut.

How simple is that!

Now for instance. When the state allowed the construction of two major casinos, Mohegan Sun and Foxwoods, legislators jumped for joy at the prospect of gazillions and trillions of dollars going into state coffers thanks to the deal they cut where casinos have to give a share of their revenues to the state.

Same thing I also do on occasion.

Fast forward some years later, like today, and the battle cry is, “Oh woe are us……we’re running out of money….gloom, doom, budget crisis, roads falling apart, and those bastards from out-of-state coming to the casino are ruining our roads even more. Bastards!”

So, here’s my plan Rep. Guererra. As I said, give them SOB’s a reason not to come into Connecticut and ruin our roads. No ruined roads, no need for toll booths.

THIS was my first choice, but I have some better ideas below…..

How do ya do that ya ask? Simple. Stop all tourism advertising so that people will not want to come to Connecticut and ruin our roads. Do not allow either casino to advertise that they exist thereby forcing all those out-of-state gamblers to go to New York and New Jersey where they can ruin their own roads. Close down all tourist attractions, museums, theaters, rest areas, and any other place a tourist would want to visit.

Cripes….just closing down rest areas would do it for me if I were a  tourist. Can’t pee or poop driving through Connecticut would stop me from ruining roads. Maybe not good for the environment considering if I really wanted to come into Connecticut if I were a tourist I’d be inclined to say screw it and pee and poop in the woods.

So, as I said, how simple a plan is that! No tourists from out-of-state, no damn out-of-state tourists ruining our roads.

Now as for the rest of us who live in Connecticut, who have no choice but to use the roads here, short of catapulting ourselves to wherever we want to go, give us all a free pass to continue driving on our state’s roads without initiating toll booths. 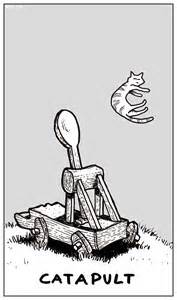 Why? Because if you DO insist on “erecting” those toll booths, you’re gonna get, as Linette Beaumont says on those Viagra commercials, a bigggggg “erection” for erecting them because no state resident is gonna go thru them.

Hi honeeeeee. Got a four hour erection from sitting at a toll booth do ya….

Again, we’re not stoopid ya know.

We know the back roads and how to avoid tolls you damn idiots.

So what’s it gonna be, (to quote Clint Eastwood) PUNK? 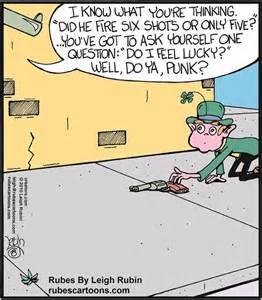 For those of you who don’t remember…… this scene from “Dirty Harry.”

Make out-of-staters pay for ruining our roads, because we state residents are completely innocent of ruining our own roads, and have all those back roads get ruined by people avoiding tolls….OR………..

Stop spending money foolishly on other things and use some of those casino and tourism dollars to keep up our highway infrastructure.

That was too logical.

(sigh) I guess I really am stoopid.

DONATE & SUPPORT: THe MisfitWisdom PayPal donate link: (Copy & Paste teh link to make a donation) (none of which I will donate to any road I may have ruined by driving on it) https://www.paypal.com/cgi-bin/webscr?cmd=_s-xclick&hosted_button_id=QQST38XT3YK78

Former disc jockey, (Dick Jones) 30 years, and author of, "I Could Have Been Famous But Sex, Love & Life Got In The Way" available at Amazon.com books, & Kindle, "The Covert Chamber" a mystery novel available at Amazon.com and Barnes & Noble, and "Forgotten" the story of two WWI pilots who were forgotten for over 70 years available on Amazon.com and Kindle
View all posts by misfit120 →
This entry was posted in Uncategorized and tagged casinos, Connecticut, Linette Beaumont, Money-Barrett Strong, toll booths, tourism. Bookmark the permalink.