As in this Johnny Hart cartoon today, (below) according to tests I’ve taken on Facebook, I may actually be a genius. Or pretty damn stupid. Kind of a toss-up depending on what one defines as being a genius, or just plain stupid.

At least a few times a year, when I fail to do my fair amount of chocolate intake, I go into a “Why the f**k am I bothering to write this inane blog” mode. Which was quite evident in yesterday’s blog when I went off on a tirade about Internet idiots.

And, on one social media site received this response from some guy in Colorado who calls himself, “Westernslope.”

(Westernslope) “You are just like the folks you are calling out. Pot meet kettle.”

Which I assume he means that “I” am an idiot, considering I wrote about how idiots are all over the Internet commenting about issues without stating or knowing facts before they open their mouths and make idiotic statements. (refer to that blog)

(for the record…..I did ask Westernslope to state his reasons why I am an idiot. Or, resemble a pot. Still waiting for a response)

Soooo. I guess I AM an idiot for stating facts. As in referring to Sarah Palin’s remarks about Obama saluting a Marine while (gasp) holding a coffee cup, but also pointing out that other Presidents have done basically the same while saluting Marines.

Geez….how f**king stupid was I!

If the shoe fits…..wear it

Then I get nailed from a woman, Karen Wright, for using logic with regard to a news item the other day about Fox News entitled: “Male and Female Veterans Blast Fox News In Open Letter For “Boobs” Comment.”

Which was basically about Fox reporters in one of their segments using an off the cuff remark about United Arab Emirates female pilot Mariam Al Mansouri bombing runs over Iraq. I believe one of their lines with reference to her dropping bombs was, “boobs away,” which is a play on “bombs away.”

Sooooo. A bunch of veterans got all bent outta shape for that remark, possibly warranted, considering FOX News is supposed to be “News” and NOT comedy. 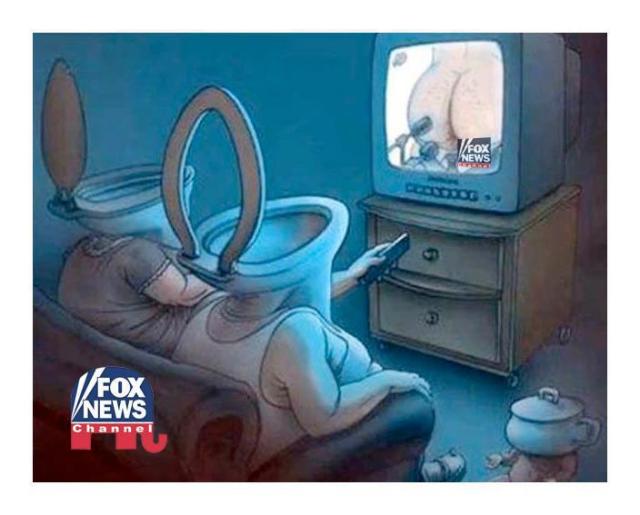 AGAIN…..If the shoe fits, wear it

To which I responded on a social media site:

“In the context of this, a “NEWS” outlet such as Faux News should be reporting the news. Geez, what a concept. On the other hand, I, who write a daily, “HUMOR” blog, it should be acceptable to make a boob comment. Unless, of course, some of you can’t tell the difference between news and comedy.”

To which Ms. Wright responded:

“News Flash” Making a “boob comment” is not automatically the same thing as humor Richard. I don’t know who your “humor” blog target audience is, but to whom should this type of joke be acceptable by the way? Many teenage boys, it seems,are happy to accept yet another in an endless line of tedious, sexist, unfunny boob comments and often find them totally hilarious. Others may have different views and may decide to express them, as seems to be happening in this comment section.”

Now, I’m no genius, unless that Facebook test is correct, which I doubt, but I didn’t quite get at what the hell Ms. Wright was trying to convey to me. Because, obviously, as I said, I’m no genius.

Why I flunked out of genius school

I kinda figured out, being more stupid than a genius, that she was rather upset that I tried to explain that a news outlet should not be making boob jokes but that “I” as a humorist, could do so…..because, after all, I “am” writing humor.

Let’s see…..if I can put this in a much clearer perspective. Like if the late George Carlin used all of those seven words ya can’t say on TV during a news program, BUT, it was ok for him to use it during his stand up comedy routines.

Totally acceptable in his stand up routine, but not if he were a news commentator.

Soooooooooooooo. Is it not ok for me, who writes comedy, to use the word “boob” or use boobs in any of my humor? If I correctly interpret Ms. Wright’s comment….I guess not.

Which brings me to suffering from”Blogitus.”

Which….basically is, what I started out this blog thinking in light of those two comments I received:  “Why the f**k am I bothering to write this inane blog?”

To which I will respond to Ms. Wright and to Westernslope. 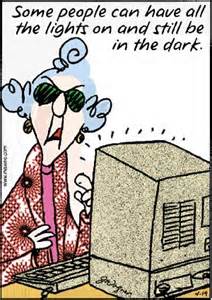 Sorry folks. But you have to understand my way of thinking.

Which is this. I’m writing this blog, as I have done since 2010, and receive absolutely no compensation for doing so. Nothing, nada, zilch. In fact, if I get so much as one….yes “ONE” “like” on my blog….hey that’s  an accomplishment. Considering over three to four hundred people per day World Wide bother to read this stuff.

AND……in the course of those 5 years, two really great readers have actually made a donation to this site for creative work, AND, for making their day with a bit of humor. What a freakin’ concept! Making people laugh. Go figure.

So what does this all mean? Beats the freak outta me. The way I look at it, even God had a sense of humor when he made the Earth………………… 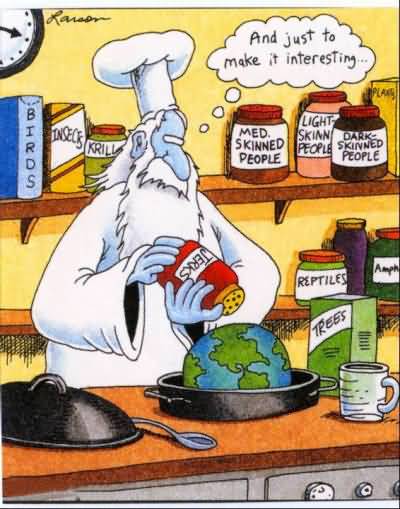 Me thinkith he added a bit too much

Sometimes I wonder if talented people such as the late Robin Williams who brought so much humor into people’s lives had to also deal with idiots, and maybe it very well may have got to him as well.

So in conclusion, this means that I am at a crossroads here. Do I let those idiots get me to the point of scrapping this blog because it seems to me I’m wasting my time trying to make people laugh, or do I simply ignore them and implant into my feeble brain that, yes, there are people out there who obviously know what “HUMOR” is….and….OMFG…..enjoy a good laugh.

Without getting all bent outta shape as some do because they do not have a sense of humor and obviously lead very sad and humorless lives.

Your call readers………………there is a comments section at the bottom of this blog.

Former disc jockey, (Dick Jones) 30 years, and author of, "I Could Have Been Famous But Sex, Love & Life Got In The Way" available at Amazon.com books, & Kindle, "The Covert Chamber" a mystery novel available at Amazon.com and Barnes & Noble, and "Forgotten" the story of two WWI pilots who were forgotten for over 70 years available on Amazon.com and Kindle
View all posts by misfit120 →
This entry was posted in Uncategorized and tagged blogs, comedy, George Carlin, politically correct people, Robin Williams, social media jerks, writing. Bookmark the permalink.

2 Responses to Once Again I’m Suffering From “Blogitus.” (borderline genius or very stupid)