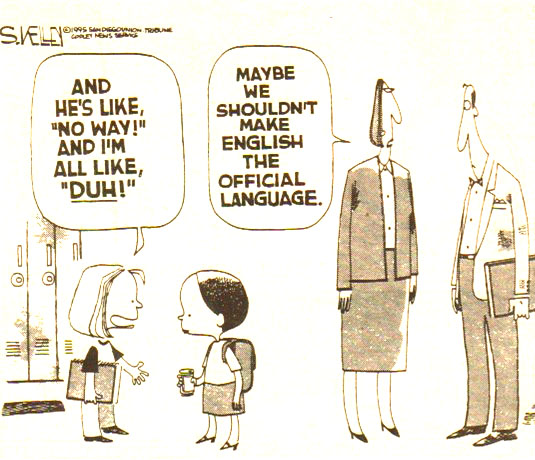 This is one of my monthly blogs that I like to call, “A DUH Blog.” Like I’ll read a news story and say to myself, DUH! Or, WTF! Or, “Let me see if I understand this correctly.”

Which happens quite a bit when I read news stories but I usually just wait till I go into DUH and WTF overload that I have to let it all out and clear my brain of stupid stuff that doesn’t make any sense to me.

Of course, “I” could be the only one who feels that way mind you. Because I DO NOT think like ordinary people do.

For instance. You’ve all heard by now that the casinos in Atlantic city are in dire straits. (not the rock group)

Recently Trump Plaza Hotel and Casino closed it’s doors on Tuesday, being the fourth casino in Atlantic City to close their doors.

Now these casino closings have been attributed to competition from other casinos that have been springing up all over the U. S. such as Foxwoods and Mohegan Sun casinos here in Connecticut, along with casinos in New York, Pennsylvania and a lot of other states. 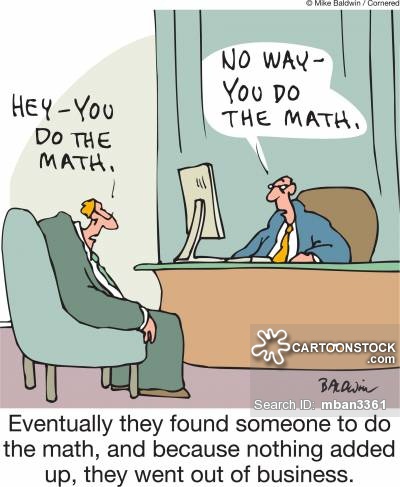 Which to a normal person would make sense. Which also has casino critics screaming, “SEEEEEEE…..casinos are bad, bad, bad, and people are not gonna go to such a bad, bad, place such as Atlantic City to throw away their hard-earned money…I told ya! Seeeee!!!!

Does this mean they’re gonna go to all those other places instead. Like perhaps that are closer to where they live rather than travelling miles and miles to Atlantic City?

Hmmm. Let me see if I understand this correctly. The Atlantic City casinos are closing because there’s too much competition from regional casinos.

Ok….makes sense to me. But why is that? 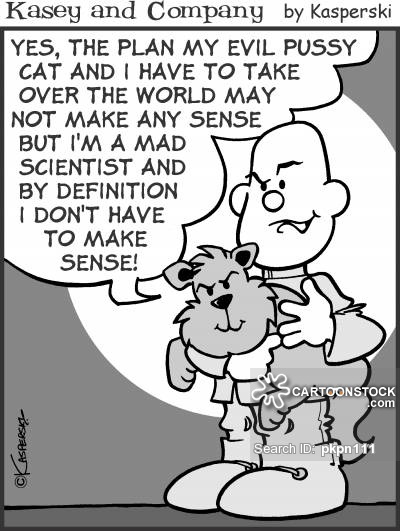 Hmmmm. How do I put this into perspective for ya Mr. Trump. (Trump bailed out of those casinos in AC but I thought I’d use that Trump line because when ya think of casinos ya think of Trump…sorry Donald)

BECAUSE THERE ARE WAY TOO MANY FREAKIN’ CASINOS IN ATLANTIC CITY COMPETING WITH EACH OTHER ON THE VERY SAME BOARDWALK YA DAMN JERKS!!!!! 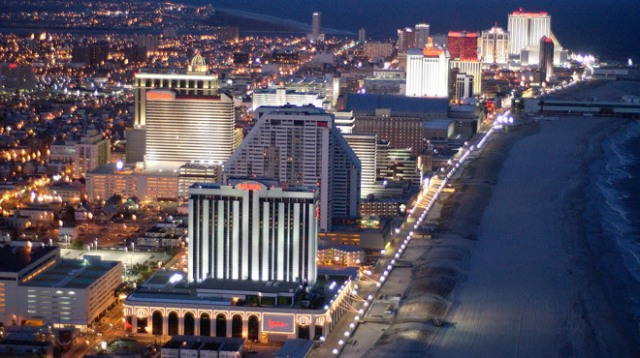 For those of you who did not grasp my feeble logic. Let me put it to you in another way that perhaps you can grasp.

If you’re vehicle needs gas, are you gong to drive into town to fill your car up, or, are you simply going to go to the gas station that’s two blocks down from where you live. Duh!

Soooooooo. Years ago, 70’s to early 90’s BC, the only casinos, for the most part, that anyone could go to were in Las Vegas, Reno, and Atlantic City. Which meant that if there were only gas stations located in those place too, you’d obviously have to go there to gas up.

So, casinos were rolling in dough because those were the only options available.

Which also meant that in order to gamble, you HAD to go to one of those three places. Just like if there was only one gas station in town. 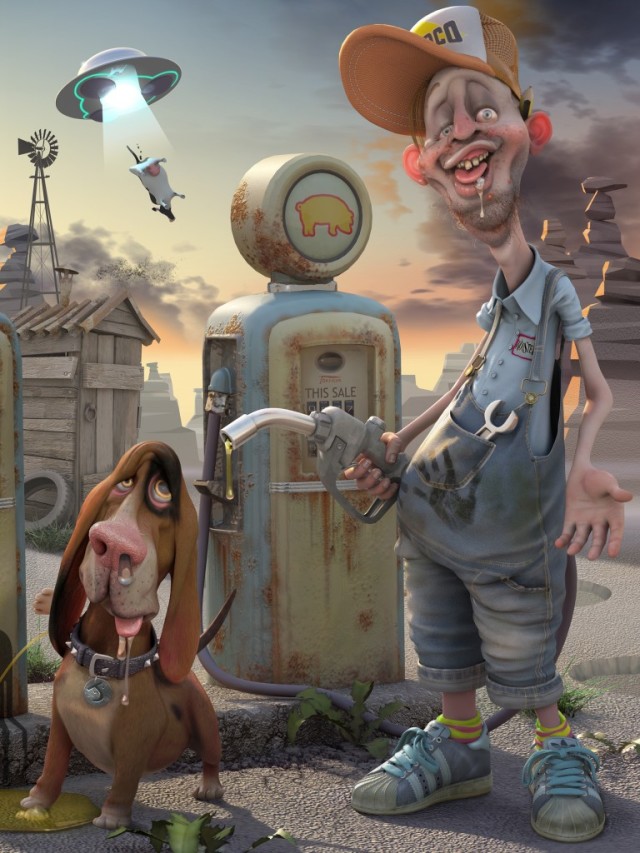 Enter the Indians and their casinos along with others, and SHAZAM! more choices.

Still don’t get it.

Ok…..Speedy has a gas station that’s close to my house. Moe, Larry, and Curly have stations three miles from my house. So, I patronize Speedy because he’s closer than those other three stooges.

Which is what’s happening to those casinos in Atlantic City. Not to mention, but I will, there’s an entire boardwalk of casinos in AC with which one can choose from to gamble in. Competition….NOT ONLY from other casinos in the U.S. but from those on the boardwalk.  DUH!

So how can any of them make any money when they’re in competition with each other on THE SAME BOARDWALK. Duh!  BUT….let’s blame all of Atlantic City’s woes on those other casinos all over the U.S.

(Pssssst….don’t mention those other casinos on the boardwalk competing with each other for your nickels and quarters) 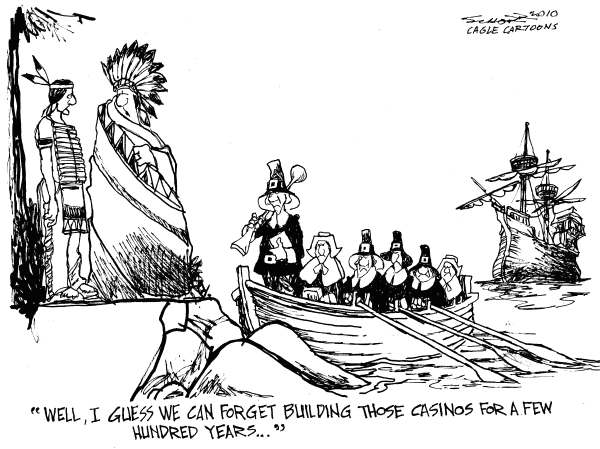 AND…on top of all this blame game nonsense, I’m sitting there in front of the tube watching a pubic service announcement telling everyone the number they can call if they have a gambling problem.

Followed by a great ad indicating that the Powerball jackpot is now worth sixty gazillion dollars and you should go out immediately and buy a ticket. Duh!

Once again, I say to myself, “Let me see if I understand this correctly.”

Public service announcements are airing on TV to help you if you have a gambling problem and, of course, my state, supports those ads. After all, gambling is bad, bad, bad. And, we here in the state government want to help you kick that awful bad, bad, bad, gambling habit.

Pssssst, hey pal, got a quarter for a dog biscuit?

Um, meanwhile, jussssst in case you have a few extra bucks before you call that gambling hotline number, ya might wanna consider playing our new scratch off game, or Powerball, or the daily numbers game or……..

I mean, WTF, if ya can’t kick the gambling habit, we’re here to make a buck off of ya. No sense us losing any money. We mean, we actually DO care if you have a gambling problem, BUT, not that much that we still don’t want your money…heh, heh.

I know this was all kinda confusing for all of you to grasp. Why some casinos are closing in Atlantic City while others thrive quite well.

But don’t feel bad if you don’t get it,

The people in Atlantic City don’t get it either.

BUT…..the casinos NOT in Atlantic City do…….and boy are they happy. And making money. Along with the states that have casinos in them. Along with getting you to play Powerball, scratch tickets, the daily numbers game and in some states, keno. 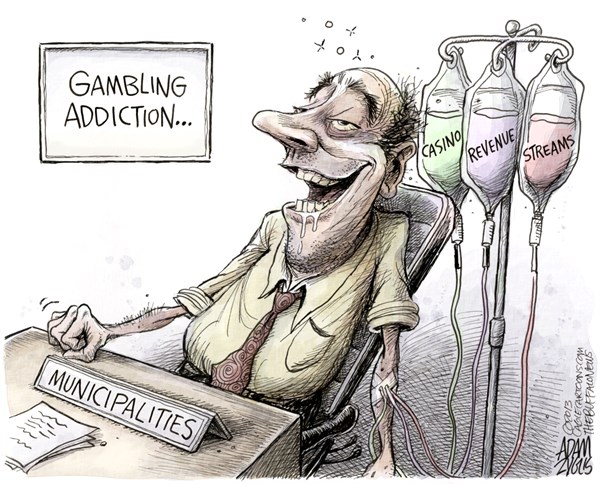 Which brings to mind an old KC and The Sunshine Band song. “Keep it Comin’ Love.”

“Got a gambling problem….call this number at 1-800…..or, if ya need time to think about it, hey buy a freaking’ state run lottery ticket in the meantime.

DONATE & SUPPORT: The MisfitWisdom PayPal donate link: (Copy & Paste link to make a donation….or buy a lotto ticket, and if ya win, then make a donation)

Former disc jockey, (Dick Jones) 30 years, and author of, "I Could Have Been Famous But Sex, Love & Life Got In The Way" available at Amazon.com books, & Kindle, "The Covert Chamber" a mystery novel available at Amazon.com and Barnes & Noble, and "Forgotten" the story of two WWI pilots who were forgotten for over 70 years available on Amazon.com and Kindle
View all posts by misfit120 →
This entry was posted in Uncategorized and tagged Atlantic City, donald trump, Foxwoods, gambling, gambling addiction, K C & the Sunshine Band, keno, lotto, Mohegan Sun Casino, powerball. Bookmark the permalink.