As Linda Ronstadt Once Sang, “Poor Poor Pitiful Me.” (sob)

I say that because, as anybody living on Social Security knows, you have to find novel ways to stretch your dollar each and every month. And Gawd knows I’ve become an expert at stretching that ol dollar. Ripping off things helps.

So I decided today to give some of you some tips on how to accomplish the art of surviving if you live on a fixed income. Yes….bank robbery IS an option, but at the price of gas these days it’s very hard to become involved in a high-speed chase with the cops and not run outta gas. So scrap that idea. 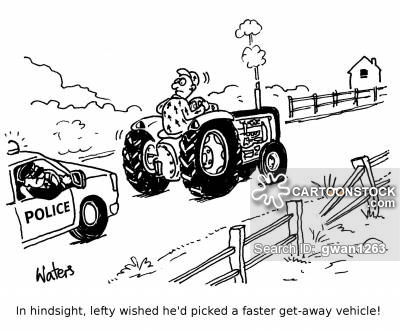 Tip # 2: Never use a tractor as a get-a-way car when pulling a bank job

But, as I said, there are ways of actually getting things accomplished. For instance. As some of you know from reading my blog, every Summer I do battle with Blackie the snake in my yard. (yes, every creature in my yard we give names to)

Rusty the squirrel, Blackie the snake, Chippy the chipmunk, Rocky the raccoon, Orby the Orb Weaver spider, Pepe la Pew the skunk, and Foster, the occasional drunk who stumbles into our yard from the bar across the street. (named after comedian Foster Brooks)

So, getting back to Blackie, I decided I would construct a new shed with an actual door so that Blackie would not annoy me by being able to take up residence in such a structure. BUT….how do ya do that with limited cash?

Pallets. yep, those pallets that you see everywhere just lying around taking up space behind various stores and malls.

The way I look at it, wood is wood, so why not use pallets to make a shed. Problem is that you have to find them and convince stores that have them that you want to take a few of them. Which I did……unsuccessfully, because store managers are a bunch of snotty ass wimps who panic if you want something that they think might be worth bucks….if they could only figure out how to do that.

The mother lode of pallets

So, I went to a lumber yard and they were more than happy to load up my pickup truck with as many as I could haul away. For zip….nada….zilch. Such a deal.

Here’s what it looks like so far. Of course, construction has been halted for a month or two until I can muster up more cash to finish the project. BUT…ya gotta admit I did accomplish quite a bit.

Eat your heart out Home Depot

Now with that in mind, considering I saved myself a few hundred bucks on buying plywood by using those pallets for the walls, I thought of other ways of saving a buck. Only because we here at the MisfitWisdom household like to occasionally eat, and the money we didn’t have to spend on wood, allows us to actually eat a meal or two a day. 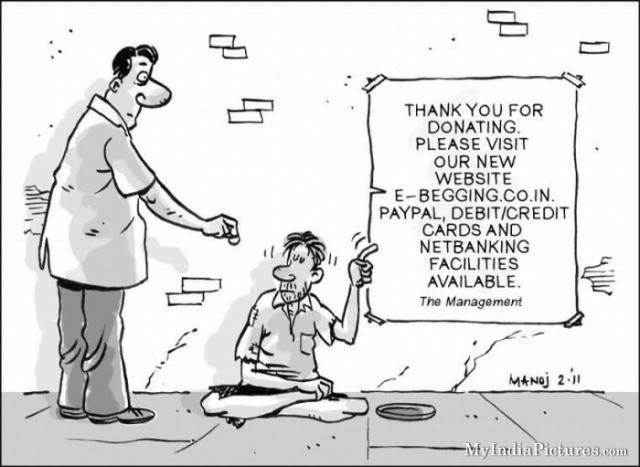 Take the artificial sweetener “Splenda” for instance. Ya buy a box of it and it costs ya a fortune. Kinda. So, you reluctantly become a “Splenda” thief by ripping off packets wherever they leave them out. BUT….those bastards are now on to Splenda rip off thieves, such as myself, and now dole them out piecemeal.

I’ve beat them at their game however. I only use one Splenda but always ask for five each every time I get a coffee. Ya gotta get up pretty early in the morning to out fox ol Misfit. Heh heh.

Same goes for those coffee creamers. Rip those suckers off too. Keeps dairy farmers in business as well. You know, supply and demand.

Or….you can go right to the source

There are a lot of other ways to stretch your dollar. Revving up my truck engine as I pull outta the driveway and coasting to the first red light, and so on, till I get where I’m going. Everybody thinks I’m driving a Ram 1500 electric vehicle.

Oh yeah, while I’m at it, napkins. Rip those suckers off too. Do you have any idea how much money you can save in a month by ripping off napkins. I’m still trying to figure out how to rip off toilet paper. Not easy sneaking a roll outta places.

I did try to convince my other half to stuff a few rolls into her coat when we’re using public restrooms and trying to appear as if she were pregnant to avoid those pesky security guys,  but considering she’s —— years old she didn’t think that would fly. (her age deleted for my own protection)

Tip # 3: This falls into the “do I look fat in this dress category.”

Those on-line surveys are another way to stretch your monthly income. A couple of bucks here and there or free points to get stuff is worth it. Problem is that most of those survey sites are looking for age groups between 25 and 40 and I found I would be disqualified if I listed my real age. So, I lie.

HEY! Whaddya think they’re gonna do. Come knockin’ at my door and arrest me because I said I was 25!

Now you all know that I also ask for donations for my wonderful creative efforts in bringing you this nonsense 365 days a year. Which hasn’t been too successful. But, I try. I look at it this way. Some day Bill Gates of Microsoft will laugh his ass off at one of my blogs and send me a gazillion dollars.

Not likely, but ya gotta keep plugging. 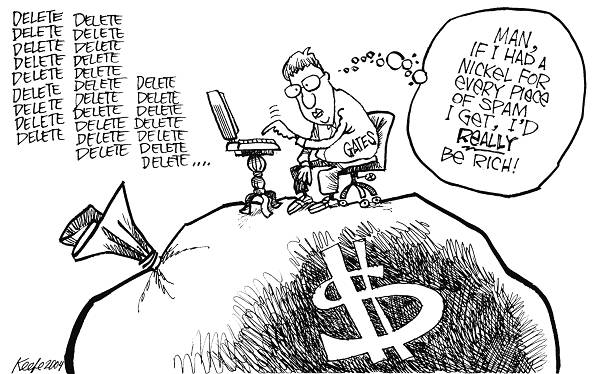 About as rich as I’d be if I had a nickel donation for every blog I wrote.

Finally, and this may seem like a strange way to make it through each month……..casinos.

Yep…casinos. I know, I know, you’re saying to yourselves, “WTF, you’re screamin’ poverty and your going to a freakin’ casino?”

Well, it’s like this my fine feathered friends. A lot of casinos will give us old money-grubbing seniors free slot play a few times a month. Usually ranging from $10 to $25. So what to do with that huge windfall? Ya play penny slots and when ya hit it for anything above that original free slot play….cash out. Works for me.

Finally, my last tip for surviving if you are on a fixed income. Hamburg.

Do you have any idea the number of uses for hamburg? Like Shepherd Pie, hamburgers, (duh) American chop suey, loaf of meat, (meatloaf) meatballs, SOS, (shit on a shingle) mixed with pasta in a different gazillion ways, stuffed peppers, and many more uses too numerous to mention. (look at a cow chart)

So, those are some of the ways we stretch a buck here. Feel free to contribute your own suggestions for surviving.

Well, so much for today’s MisfitWisdom guide for surviving yet another month. Gotta go.

Today is our collecting road kill day. Do you have any idea the number of meals you can get outta one possum?

Former disc jockey, (Dick Jones) 30 years, and author of, "I Could Have Been Famous But Sex, Love & Life Got In The Way" available at Amazon.com books, & Kindle, "The Covert Chamber" a mystery novel available at Amazon.com and Barnes & Noble, and "Forgotten" the story of two WWI pilots who were forgotten for over 70 years available on Amazon.com and Kindle
View all posts by misfit120 →
This entry was posted in Uncategorized and tagged begging, Bill Gates, Foster Brooks, Linda Ronstadt, Microsoft, money, pallets, poor people. Bookmark the permalink.

5 Responses to As Linda Ronstadt Once Sang, “Poor Poor Pitiful Me.” (sob)