Yes, today is “Where’s The Freakin’ Beef” day here on this meatless blog.

“Beef,” being people who do not follow this blog. Which is what I asked myself when I arose yesterday morning, sat down with my morning coffee, and proceeded to read the “Parade Magazine” section of my Sunday newspaper.

I was absolutely fine until I opened the first page of “Parade,” which is the section that has questions about personalities that people ask. There were questions about Seth Myers, and Daniel Radcliffe, The Wizard of Oz and some dumb question someone asked about booking the U.S. Open Tennis Courts, I guess, when they’re are no tennis games going on.

THEN…..then…..I came across a question someone asked. Which was, “How does George Takei come up with his funny tweets?”

And Takei’s reply to that question was: “Social media has the word “me” in it, so people tweet about themselves.”

Which seemed logical to me considering I myself use “Twitter” and other social media sites to promote my daily humor blog. BUT……reading on, I went totally ballistic when I read the next line which said, “Takei, who boasts more than 1.3 million Twitter fans………………………..”

How is this possible?

Well um, no, but if it works for George Takei I thought I’d give it a shot

So I checked his bio on “Wikipedia” which had this blurb:

“However, Takei’s involvement in social media has brought him new fame. He currently has over 7 million “likes” since joining facebook in 2011, commonly sharing funny photos with his added commentary.[2″

WAIT!!!! He does this how? By sharing funny photos and additional commentary?

“Bar culture is a worldwide phenomenon. So why not peruse the best bars in the world? http://tmblr.co/Zicumt1P4tLek“

Um….scuseeeeeeeeeeeee meeeeeeeee. Isn’t that WTF “I” do on a daily basis and I have how many followers on Twitter?

YES FIFTY FREAKIN’ FOUR. And….if that’s not bad enough, how about the number of people who follow this inane blog on WordPress. 170. Go figure.

So it was at that point I went ballistic and needed to take several doses of M&M’s with peanuts to calm me down. Ok…ok….an entire bag.

Now look folks. I completely understand that there are “Star Trek” groupies out there, (all in there 70’s) who completely adore George Takei. And perhaps he really is a funny guy and all. I’ll give him that. And I’ll even cut him some slack that he’s done other things like directing and stuff.

BUT…..to have THAT many followers on Twitter for posting funny photos and commentary? Um…..isn’t that what “I” do?

Am I like missing something here? One thousand six hundred and sixty-five blog posts I’ve written since 2009 and I get 170 followers and Takei has 7 million!!!!!

And ya wonder why comedians get depressed. Not that I’m a comedian, but I AM writing comedy here in case you haven’t noticed….

WHAT! Do I have to like be a Tribble or something and post funny photos to get followers like Takei or something? I don’t get it.

Ok…ok….hold on a sec. (scarfing down yet another bag of M&Ms)

(scarfing down another bag of M&M’s.)

Ok….I think that did it.

It’s like this folks. Sometimes writing humor can be a drag. Why? Because it’s not like standing up in front of an audience and hearing the laughter and applause. You get your highs from the “likes” you get from people who read your work and from the amount of people you see that are following your blog.

So you can understand where I would go ballistic reading about George having 1.3 million Twitter followers and 7 million “likes” on Facebook.

Ya know how many likes “I” get. THREE!  Yes….THREE! (my thanks to Tina in Vienna, Katy in Texas, and Charlie in the Land of Oz) 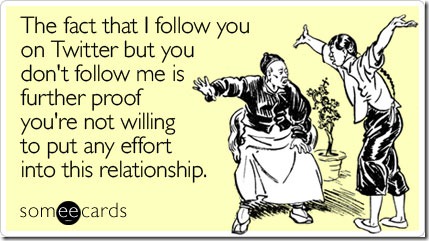 Sooooooo. What to do? How do I turn my 54 Twitter followers into as many as George has. Or my three “likes”  to a gazillions likes on WordPress or Facebook.

UNLESS……..unless………I can sit down and bang off one of those stupid letters to Parade Magazine and they print it in their Sunday edition. Something like, “Dear Parade Magazine. Who is that hilariously funny MisfitWisdom blogger who has 54 Twitter followers and three likes on Facebook.” 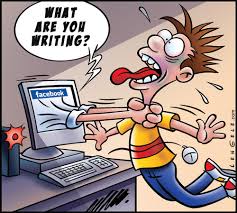 Former disc jockey, (Dick Jones) 30 years, and author of, "I Could Have Been Famous But Sex, Love & Life Got In The Way" available at Amazon.com books, & Kindle, "The Covert Chamber" a mystery novel available at Amazon.com and Barnes & Noble, and "Forgotten" the story of two WWI pilots who were forgotten for over 70 years available on Amazon.com and Kindle
View all posts by misfit120 →
This entry was posted in Uncategorized and tagged blogging, Facebook, George Takei, Mr. Sulu, Parade Magazine, social media, Star Trek, Tribbles, Twitter. Bookmark the permalink.