Yes…..that was the huge headline on the Internet yesterday that all of you may have missed. “Land’s End” shoppers are all up in a tizzy over these pornographic disgusting photos of models on the cover of “GQ” Magazine. OMFG!!!!

Here’s part of the news story courtesy of “Racked National” which is a “shopping and style intelligence” site. Kinda…I guess.

“Lands’ End, Wisconsin-based purveyor of cardigan twinsets, turtlenecks, and dressy polos, partnered with Condé Nast for a yearlong deal to send copies of magazines to the retailer’s best customers. Everything was going well, until the July issue of GQ landed in mailboxes, with an oiled-up Emily Ratajkowski on the cover wearing a flower lei and not much else. Not surprisingly, customers flooded Lands’ End’s Facebook page with unhappy responses.”

YES! The world as we know it coming to an end because customers are upset over these verrrrry revealing photos of Emily Ratajkowski. How dare them show near naked women, or any near naked women on their cover. Do you have any idea what this means?

Um….neither do I. But…..first….let’s take a look at other magazine covers that showed (gasp) stuff similar to what people are going berserk over…..and which caused the world to end as we know it: 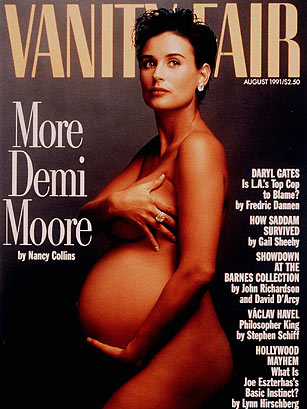 Serena Williams which caused tennis players to lose their balls over

Kim Kardashian wearing nothing but words. The people at Webster’s dictionary went nuts. 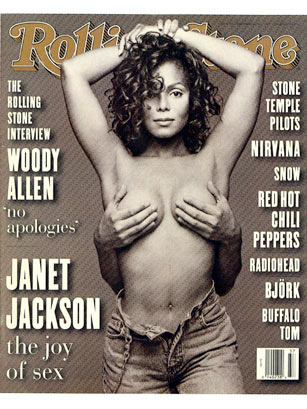 Let’s see what it means by reading these selected comments that the New York Times felt was representative of all of those complaints:

“My 14 year-old son brought in the mail today and was quite disturbed and fascinated by a ‘gift’ Lands End sent us. A copy of GQ Magazine with an absolutely obscene cover!!!”

WAIT! Did “GQ” EVER do this before?

In all of my adult life I’ve never seen such obscenity on the cover of a magazine folks. NEVER. Um, with the exception of that one time I bought a Rolling Stone Magazine and it had a naked photo of John Lennon and Yoko Ono.

(to protect the little children whose lives may be traumatized, I’m only posting a mild version of the John and Yoko naked pics rather than the complete naked photos, (“Two Virgins”) which I’m sure all of you can find on the Internet….as I did) 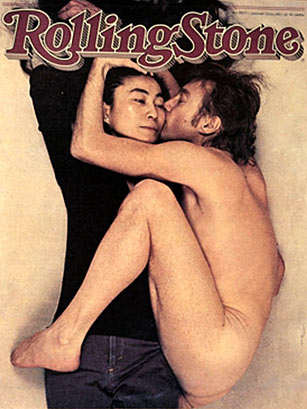 John and Yoko trying to keep warm on a “Hard Day’s Night.”

Um, oh yeah, and guess what. Out of all of the covers of Playboy Magazine that I’ve received in the mail over a 50 year period, (including the ones I ripped off when I was a teenager) I freakin’ survived. I wasn’t traumatized. I didn’t go blind. And my hands did not get all gnarled up. Um….I DO wear glasses however.

Unlike that 14 year-old kid who will now be definitely traumatized for life.

BUT WAIT! There’s yet another comment about this awful magazine cover.

Hey lady! Get a freakin’ grip here. It’s not like the magazine had any graphic sex in it ya know. For cripes sake, GET A LIFE!!!!

Honestly folks, do ya see how today’s society of idiots think. If THAT’S offensive to these two people, and a few more I imagine, considering Land’s End apologized to its customers, I suggest these people NEVER take little Johnny and Jane, and perhaps the family dog into a CVS or Wal Mart or any store that has magazines in it.

Because those same images are on magazines in those store magazine racks like you jerks just got in the damn mail! Wake up!

“Mommy….mommy…..can I go over to the magazine rack and browse through all the magazines?”

“OMFG NO honey…..there area all sorts of naked pornographic pictures of women on the covers of those magazines. Come with me. Stay away from that section of the store while mommy buys some condoms, KY jelly, and fills daddy’s Viagra prescription. Here’s $20 bucks, go find yourself one of those blood and guts video games you love so much.”

“Grand Theft Auto IV” rekindled the violent video-game debate with reports that an 8-year-old who shot and killed his elderly caretaker had been playing it. Studies have been inconclusive on the issue, but the debate stretches back more than three decades.

So what exactly did the Chief executive of Lands End say to his offended customers. “There are simply no excuses; this was a mistake.” Further stating that he did not want to exclude their male customers.

“Meanwhile, the Lands End customers were then switched from the GQ subscription list to the subscription to Conde Nast Traveller, whose cover images more often feature beaches and seascapes.”

And no one is EVER offended by beaches and seascapes.

Yep….I personally love going to the beach and viewing seascapes while observing a 500 pound guy in a tight-fitting bathing suit. This goes for the women too. Although if they do weigh that much it’s very hard to tell what’s considered pornographic and what is not. All that skin ya know. 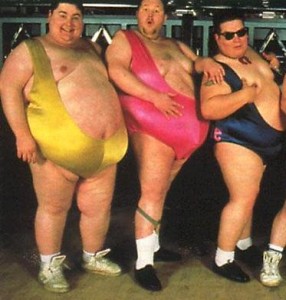 So, I guess if you’re a parent you obviously do not want your child to see that cover of GQ. Lest they become traumatized by seeing that lei draped over those boobs that you really can see. NOT! (I’m referring to the nipple parts) Which, will also traumatize all young children, because as we all know, if you see an actual nipple you will forever be traumatized for life.

Which is why I never look at my own. Even as a child.

One final note here for those that went ballistic over that GQ cover.

DO NOT watch ANY of those awards shows on TV like the Oscars or Emmys.

My Gawd……the things you’d see on those programs. Disgusting….absolutely disgusting.

Oh…..sorry…….I’m talking about the commercials.

Um…oh yeah….hey lady….better scrap the TV’s in all of your rooms lest your child becomes “quite disturbed and fascinated” by watching Paris Hilton in this new “Hardees” hamburger commercial. 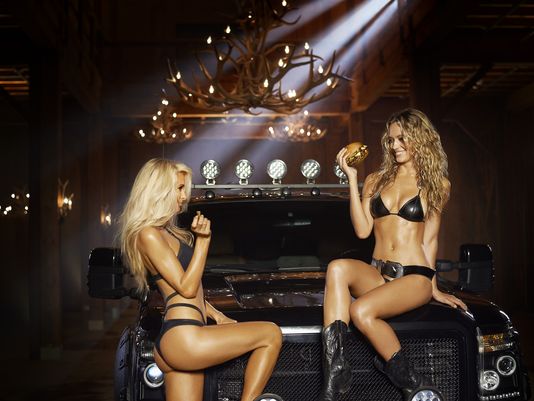 And she was worried about that “GQ” Magazine “cover….go figure.

Um…..excuse me. I’m going to go wash my eyes out with soap after seeing those GQ images. THEN…..get my butt off to a Hardees.

Only so that I can see them better.

Former disc jockey, (Dick Jones) 30 years, and author of, "I Could Have Been Famous But Sex, Love & Life Got In The Way" available at Amazon.com books, & Kindle, "The Covert Chamber" a mystery novel available at Amazon.com and Barnes & Noble, and "Forgotten" the story of two WWI pilots who were forgotten for over 70 years available on Amazon.com and Kindle
View all posts by misfit120 →
This entry was posted in Uncategorized and tagged Demi Moore, Dixie Chicks, Emily Ratajkowski, GQ Magazine, Hardees, Janet Jackson, Jennifer Aniston, Jessica Simpson, John Lennon & Yoko Ono, Kim Kardashian, Lindsay Lohan, Paris Hilton, Serina Williams, soft porn. Bookmark the permalink.