Instructions On How NOT To Rob A Bank 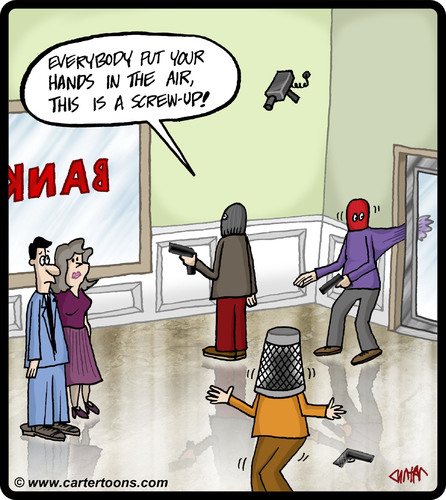 Lesson # 1: When robbing a bank is not a good idea

I’m smart enough to know that if my other half asks me that tricky question that all women ask men, which is, “Does this dress make me look fat,” I’m either gonna lie my ass off or, when she’s trying on clothes, beat feet to the other end of the store.

But, that said, I’m not so stupid that I’d come up with a plan to pull a bank robbery, then not wear a mask, wear a t-shirt with my name on it, and park my car outside of the bank with my actual license plate in full view.

Geez, where was this guy when they were casting parts for the movie “Dumb and Dumber?”

Lesson # 2: When robbing a bank is not a good idea

So, this guy, obviously a candidate for Mensa, 68 year-old John David Martinez, walked into a bank in Denver, Colorado wearing a black t-shirt with his first name on it and, I guess, figured, WTF, easy bank job.

He walked up to a teller’s window and handed over a dark zippered bag and said to the teller, “Dis isa robbrie, gif me da monee.”

Um, no, but lacking a few crayons out of his box I figured that’s how he might have sounded.

After he made two tellers fill the bag with money he left the bank, got into his Honda and drove off. Never thinking that perhaps the fact that he wasn’t wearing a mask, had his name on his shirt, and that the Honda was registered in his name might just be a clue for the police to track him down. Duh.

Lesson # 3: When robbing a bank is not a good idea

FBI agents tracked down this guy at a local Ramada Inn, the choice inn for any respectable bank robber, and promptly arrested his butt.

His reason for robbing the bank. Martinez said that he and his wife had been evicted from their home three weeks ago and they’d moved into the Ramada Inn three days earlier.

Which, as far as I’m concerned, is reason enough to rob any bank. Gezz, if I had to live at a Ramada Inn I’d be robbing banks left and right.

Not that Ramada Inns are bad mind you, but, as Dorothy said in the Wizard of Oz, “There’s no place like home.”

Now it’s not like this guy hasn’t done this type of thing before.

He’s had  prior arrests for assault with a deadly weapon, forgery, criminal impersonation, DUI hit and run and resisting arrest, according to the Colorado Bureau of Investigation.

Obviously a failure at being a professional criminal.

Lesson # 4: The only time you do not have to wear a mask

Now the guy was staying at the Ramada Inn with his wife after being evicted from their home. So, you would have thought, being a loving and caring wife, that she at least would have told him not to forget his mask when he set out to rob that bank.

After all, when ya think about it, don’t most of us get a, “Have a nice day dear, and don’t forget to wear your mask,” send off if we were going to rob a bank?

The equivalent of your spouse saying to you, “Have a nice day dear.”

But noooo. She lets him walk out the door with no mask AND wearing a t-shirt with his freakin’ name on it! He might as well have worn one of those high school reunion tags that said, “Hi, My name is John. I’m a bank robber.”

At least it might have comforted the bank tellers a bit by being able to address the bank robber by his first name AND knowing right off the bat that he WAS a bank robber. Professional courtesy ya know.

Soooo honeeee, I’m off to rob a bank….is there anything I should remember?

I personally don’t think this guy has a future as a professional bank robber. My guess anyhow.

Maybe, when he gets his butt outta jail in a few years, he could pitch Ramada Inn’s in a TV ad for the hotel chain.

“Hi, my name is John, and when I rob a bank, my hotel of choice to hide out in is Ramada Inn.”

Or perhaps Honda might take advantage of John, considering he was driving a Silver Honda when he was robbing the bank.

Lesson # 5: Never ask the woman bank clerk out on a date when your working

So, all in all it wasn’t a good day for Mr. Martinez. Gets evicted from his home. Moves into a Ramada Inn with his wife. Robs a bank. gets caught, and now will have to go to jail. Had he paid attention in high school in Bank Robbery 101 class he might have had lucrative career in bank robbing.

Where the most important lesson in robbing a bank is, always wear a mask, NEVER have your name on your shirt while robbing a bank, and borrow someone else’s car. 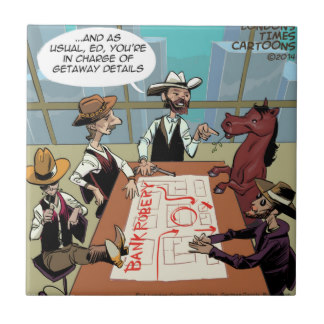 Former disc jockey, (Dick Jones) 30 years, and author of, "I Could Have Been Famous But Sex, Love & Life Got In The Way" available at Amazon.com books, & Kindle, "The Covert Chamber" a mystery novel available at Amazon.com and Barnes & Noble, and "Forgotten" the story of two WWI pilots who were forgotten for over 70 years available on Amazon.com and Kindle
View all posts by misfit120 →
This entry was posted in Uncategorized and tagged bank robbers, Dumb & Dumber, stupid people. Bookmark the permalink.