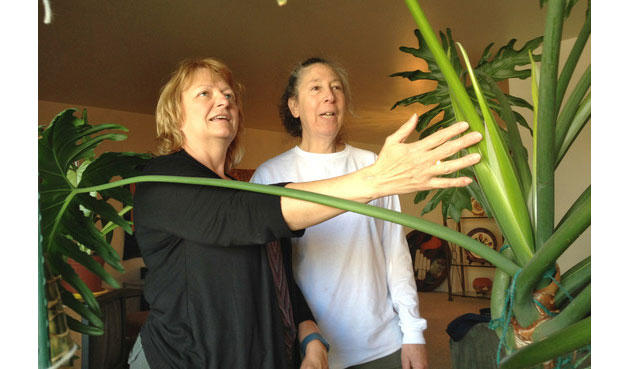 Ronna Scoratow, along with horticulturist Marge Radebaugh. The plant’s name has been withheld so that it will not be besieged with requests from people, such as myself, wanting to borrow a few bucks

Now folks, I can accept the fact that I can rant, scream, holler, stomp my feet, cry and get down on my knees and beg for donations to this blog, and the end result….zilch.

But, that said, I just wanna bang my head against that big Oak tree in my backyard when I hear about some woman leaving $5,000 to a house plant when she passes on.

Try talkin’ to the damn plant

Ok…Ok….I’ll cut her some slack. Here’s what 63-year-old Ronna Scoratow from Pittsburgh, Pennsylvania says is the reason she’s leaving all that money to her house plant.

No, sorry, that’s not what she said. But it should be.

She actually said, “This is my girl.” Referring to her 7 foot tall potted plant, known as a lacy tree Philodendron that just about takes over her entire living room.

“This plant will definitely outlive me and after I pass, (dies and goes to that garden in the sky) I don’t want her (the plant) to go unloved.”

Well, THAT surely explains it all. Now I feel much better knowing that at least one plant will not go unloved after its owner dies.

Hmmmm. Maybe I understand all this now

What the hell is a plant gonna do with $5,000? Hire someone to stroke its leaves? Maybe hire a professional praying mantis to protect it from other insects? Get an indiscreet leaf job? OR, at least get rid of those disgusting veins. 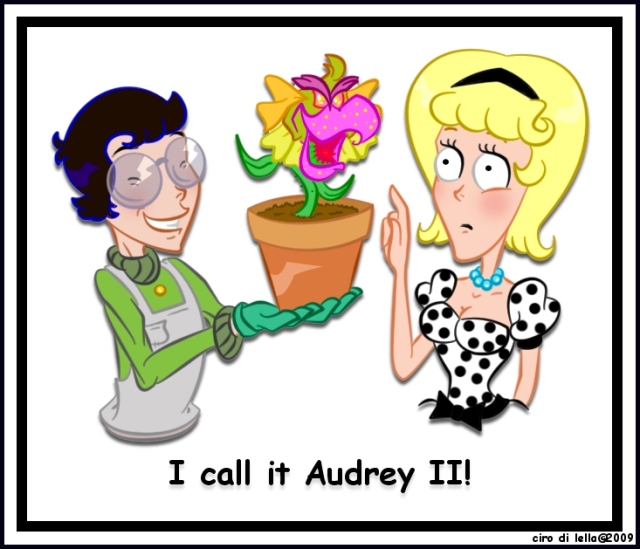 Ms. Scoratow has no children and her siblings probably think she’s a nut case. And they don’t share her enthusiasm for indoor plants.

So, I’m assuming she told them all to f**k off and went ahead and put a provision in her will granting $5,000 for a friend to care for the plant when she buys the ol farm.

“I’ll show you stinkin’ uncaring plant bastards.” Which is what I would assume she was thinking when she made out her will with her relatives in mind. 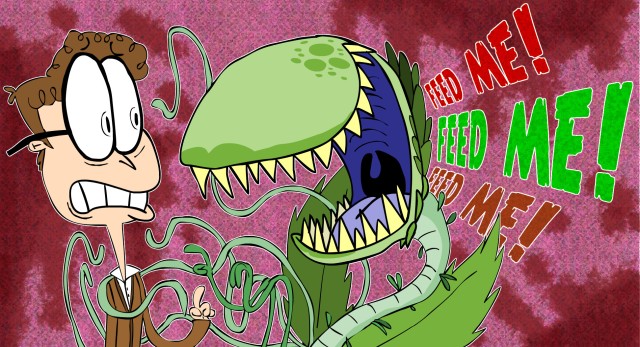 With a little encouragement from her Philodendron

Now, of course, all that comes to my demented mind is that movie “Little Shop of Horrors” where the plant “Audrey” just takes over the entire house and eats everything, (people usually) in sight. Do ya think perhaps THIS plant had some influence in Ms. Scoratow’s ultimate decision?

“Leave me the money in your will lady or I’m eating you.”

I mean, why else leave money to a plant. HEY! A plant is a plant. Cripes, donate it to some plant society or give it its freedom and plant it in the woods somewhere. Did ya ever think perhaps that plant might wanna be free at last and associate with other plants.

YES!!! FREE AT LAST! THANK GAWD, FREE AT LAST!!! (the famous words of plant enthusiast Martin Luther King in a  famous plant speech he once gave) 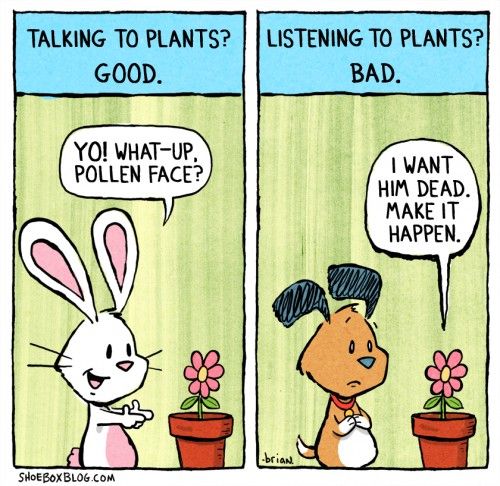 So what’s this plant going to do with $5,000? I thought you’d never ask. Apparently Ms. Scoratow, who has had this plant since 1972, and, I guess, is verrrrry attached to it, figures that the cash will provide the funds for upkeep of the plant after she’s gone.

Unless of course, the plant actually has a mind of its own and has other plans. Like maybe seeking a mate considering it’s been stuck in Ms. Scoratows’s living room for years. That’s what the hell I’d do with $5,000 if I were a giant Philodendron plant and hadn’t stuck my stigma in anything other than my own potted dirt.

For those of you unfamiliar with what a “stigma” is

Now if you’re also alone and feeling a lot of compassion for your houseplants as Ms. Scoratow does, I suppose you could do the same for your plants as well. People will think you’re a nut job, but what the hell do you care. You’ll be dead.

But, just remind those idiots who will mock you that, as that famous philosopher Mitt Romney once said, “Plants are people too.”

Yep, I know there are some of you out there that are actually gonna do that. So, if you’d like to read the entire article on ms. Scoratown go to the “Wall Street Journal’s” web site and look for the article by James R.  Hagerty which was printed on May 7th. Or simply key in “Crazy woman leaves $5,000 to a house plant.”

No, sorry, just key in the article’s title which was, “A Woman’s Will Provides Funds For Trusty Houseplant Upon Her Death,” once you’re at the Wall Street Journal site.

In conclusion, for those of you who still refuse to donate to this blog, I just want you to know that upon my passing I intend to leave the bulk of my estate, $20 bucks, to be divided between my three cats. 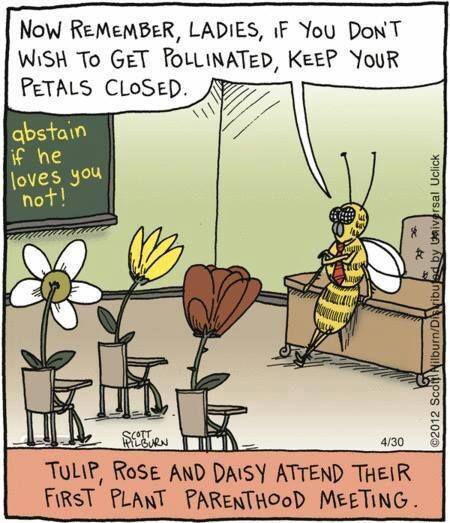 Originally this was a class called, “Birds & The Bees II, but the birds opted out

So, if you’re a cat lover, now’s the time to step up and make that donation.

HEY! Don’t ya wanna read an article someday about a blogger who left his entire estate to his cats? Rather than a damn plant.

Not only that, but if I should drop dead and no one finds me for days on end at least all donations would be put towards stocking up on dry cat food, which would then be enough food to keep those suckers fed for weeks on end, thereby preventing them from eating me as I lie there dead on the floor.

Which actually would really make for a great headline in the Wall Street Journal.

Maybe I should just go with the flow like that lady in Pittsburgh and buy a plant of my own and see if I can get some donations.

At least if I drop, the plant will get to me before the cats.

Former disc jockey, (Dick Jones) 30 years, and author of, "I Could Have Been Famous But Sex, Love & Life Got In The Way" available at Amazon.com books, & Kindle, "The Covert Chamber" a mystery novel available at Amazon.com and Barnes & Noble, and "Forgotten" the story of two WWI pilots who were forgotten for over 70 years available on Amazon.com and Kindle
View all posts by misfit120 →
This entry was posted in Uncategorized and tagged eccentric people, Little Shop of Horrors, plants. Bookmark the permalink.