I know I’m not supposed to show nudity but ya have to cut me some slack here. I just thought this was rather apeeeling

This is NOT Bette Page, nor her banana, but I think you get the idea

So this South Korean, what I call, a “fetish,” is the latest in thing over there.  YES…if you’re into watching people eating food and it’s arousing you, and that Internet streaming of this food eating stuff is attracting hundreds of South Koreans this can only mean a couple of things. 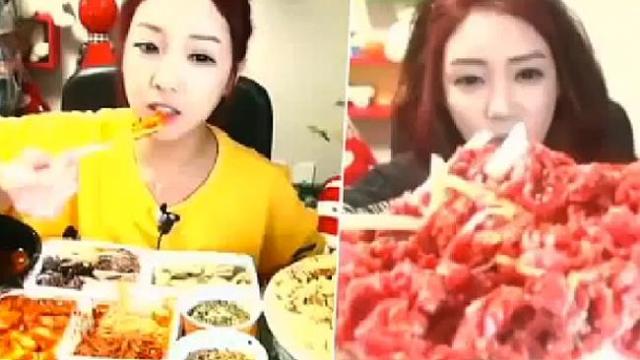 South Koreans do not have a lot of food options and are lusting over the food and not the people eating it. Or, TV and Internet really sucks in South Korea for people to be spending time watching other people eating food.

But this led me to wonder what other kinds of weird fetishes are out there that we may not be aware of. Me included.

Because I am kinda inquisitive. And, I figured you might be as well. Or, you’re just a bunch of damn perverts and want to find out something kinky to do tonight. Besides watching South Koreans eating food.

(Note to self) If planning a trip to South Korea bring own supply of food as I might not know where that food has been before or what was done with it. And…..bring my own collection of “American” honest to goodness x-rated DVD’s which do not have food in the storyline. With the exception of that Bette Page banana DVD.

So here are a few of some other fetishes you may or may not have heard about. Just in case you’re not into that food fetish.

“Hirsutophila:” This is NOT a fetish about being alone in a room with actor John Hurt or being aroused by old copies of any “Hearst” newspapers. This is actually being aroused by armpit hair. Geez….isn’t everybody for cripes sake.

“Pubephilia.” You might have guessed this one by the first part of that word, “pube,” which deals with, yes, pubic hair. Euwwwwwwwwww! BUT….there are people who get aroused by pubic hair. (here we go again) For instance, Ron Perlman in “Quest For Fire.” Lots of pubic hair and more in that movie.

And…..if only to see Rae Dawn Chong naked and grunting through the entire movie

“Exhibitionism.” I’m sure you’ve all heard about this particular fetish. It’s when you go to an exhibit and people have stuff on display. Um…..kinda. But in this case it’s body parts. Basically yours.

“Come a little closer lady…..it may look like a banana, but (snicker) it’s not.”

So, I guess this fetish is easy for those of you who have that fetish and want to expose your whatever to your doctor. Might have a bit of a problem if you’re going to an optometrist however.

“Ms. Freebush, why are you naked. I’m only checking your eyes.”

“Oh….I know, but I just wanted to make sure YOU could see things pretty good before checking my eyes.”

“Lactaphilia.” If you are attracted to pregnant women who are lactating. There is a cure for this one however. Spending time in the dairy department of any grocery store will eventually cure you. How much milk can you see in a days time without getting bored. Or….you could simply buy a cow and get it on. Hey…..milk is milk. 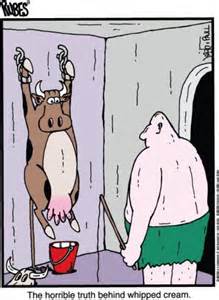 “Nasophilia.” I knew you wouldn’t believe me on this one so I took the definition from the Internet and its:

Nasophilia
Arousal from the sight, touch, licking, or sucking of a partner’s nose.

Ok…..fine….but do not do this during flu season.

The last one here is called, “Martymachlia.” Which is an addiction to the movie “Marty,” and in some instances a severe case of “ernestborgninephobia.”

So there ya have it. Fetishes, bananas, South Koreans eating food, and Ernest Borgnine. All tied into fetishes. And you wonder why I’m not normal.

I’m personally not into any fetishes myself. Excluding the banana, and that’s only for a few seconds until I peel it, slowly, and then eat it. But I did notice one other fetish that did catch my attention. It’s called, “Alphmegamia.” I know it sounds like an addiction to the alphabet, but it’s actually an addiction or sexual attraction to older, seasoned men.

Eat your hearts out all you Alphmegamia addicts

Problem is that this usually doesn’t work for me. The only women I’ve ever met with this fetish are older and seasoned women…..in rest homes. Most of whom think a fetish is a Jewish bagel with cream cheese.

Former disc jockey, (Dick Jones) 30 years, and author of, "I Could Have Been Famous But Sex, Love & Life Got In The Way" available at Amazon.com books, & Kindle, "The Covert Chamber" a mystery novel available at Amazon.com and Barnes & Noble, and "Forgotten" the story of two WWI pilots who were forgotten for over 70 years available on Amazon.com and Kindle
View all posts by misfit120 →
This entry was posted in Uncategorized and tagged bananas, Bette Page, Chris Christie, Ernest Borgnine, fetishes, Quest for Fire, Rae Dawn Chong, South Korea. Bookmark the permalink.