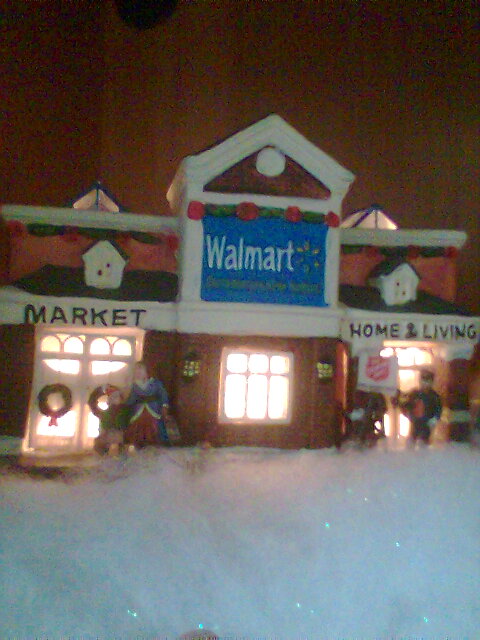 What appears to be an actual Wal-Mart (above) is actually one of MisfitWisdom’s collection of Christmas village houses and buildings. Which of course we display this time of the year so that all of the guests that come to our home this time of the year (2) will just stare at all of them in amazement for hours on end as I syphon gas outta their cars parked in our driveway while Ms. Misfit keeps them occupied by explaining why we have each miniature house and building. 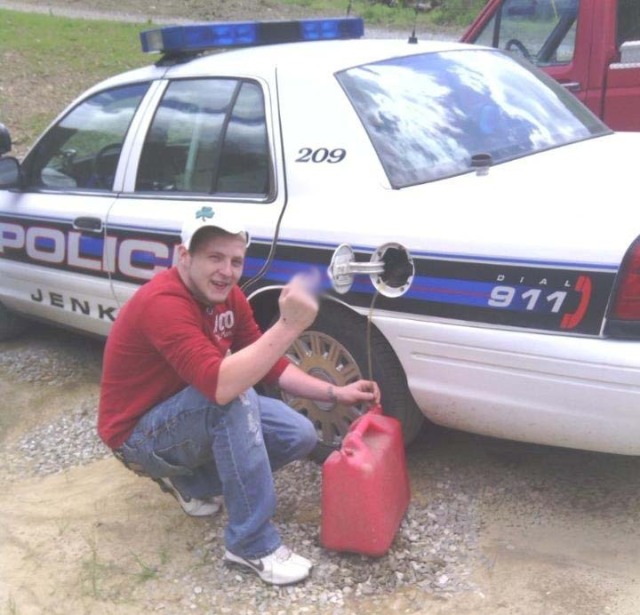 Last year didn’t go as planned however when I forgot my glasses and picked the wrong car.

Like this Wal-Mart one. Considering we do 99.9 % of our shopping at Wal-Mart and they make gazillions of dollars a year off of us….well, maybe not gazillions, but um, at least a few hundred bucks, I bought this particular Wal-Mart so that I could get some satisfaction at keeping it closed all the time thus preventing THAT store from being profitable.

This next one is of a United States Post Office. I bought it in remembrance of a lot of dearly departed post offices which are now being closed and relocated to a small dark corner of many convenience stores where all of us now stand in line waiting to buy one freakin’ stamp while the “one clerk” in the store waits on 35 people waiting to buy a Powerball ticket because the jackpot is so huge. 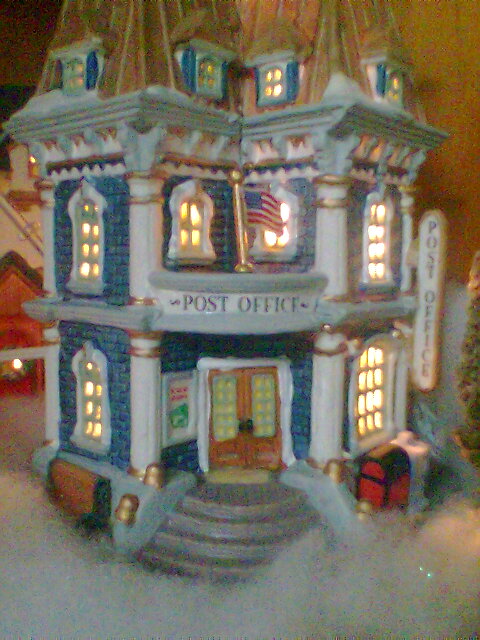 I have since closed THIS post office and rented the building out to Federal Express and UPS who have merged and now go under the name of “FedUp.”

The next one is my favorite. As you can see it is a greenhouse. It lights up which allows you to peer inside and observe its occupants. However, because this greenhouse has no shades, the rest of the neighborhood neighbors sure get one hell of a peep show at bedtime. Which is where that old saying came from, “People who live in glass houses should invest in venetian blinds.”

This next one shouldn’t be too hard for you to figure out the reason I have it. Yep, as a reminder of all the years I spent as a professional radio disc jockey. 30 to be exact. 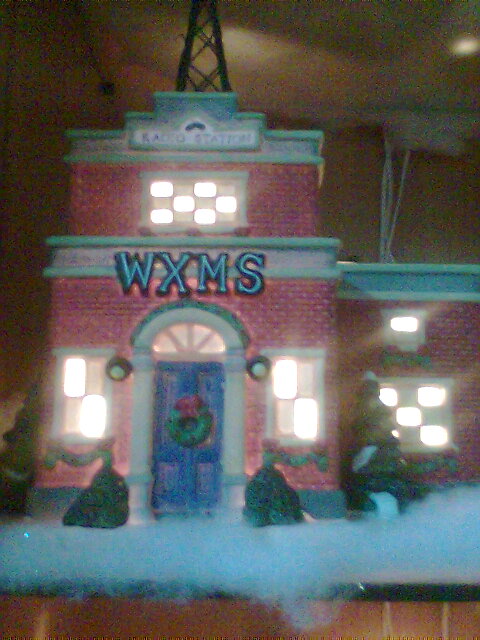 And what do I have to show for 30 years of entertaining people on the radio? Zilch. Which is basically what I have writing this stupid blog. Bah humbug!

BUT……the difference in writing this blog and being on the radio. I can write what I want without some frustrated wanna be funny, but not, program director telling me what’s funny and what’s not.

Many of whom said to me, “Misfit, you’re ahead of your time.” Meaning it wasn’t quite my time to be funny with my type of humor. Sooooo, I took their advice and always punched in ahead of time, thereby making more bucks than the other dj’s.

The bad news. Now that I’m no longer “ahead of my time,” I’m presently behind in my time, or time has bypassed me completely, and, at my age, my time may be running out, which means basically that “time is no longer on my side,” (Rolling Stones) and perhaps “time has come today,” (Chambers Brothers) for me to imagine any dreams of fame and fortune writing this blog because “time won’t let me,” (Outsiders) because most of the time I have “no time” (Guess Who) to take time off and write another novel such as my last one, “The Covert Chamber,” which was “the last time,” (Rolling Stones) I took time to write anything other than this inane blog.

Which is what I keep telling myself….”time after time,” ( Cyndi Lauper)

All of that was my nostalgic way of recounting my record playing radio days. Which is now….time in a bottle…(Jim Croce)

Jimmy’s Diner reminds me of a place in Seekonk, Massachusetts many eons ago called “The Pink Elephant.”

It was a car hop where we, as teenagers, hung out in our hot looking cars, scarfed down a few hamburgers, fries and a Coke and ogled the waitresses. That is if I had enough cash to put a few bucks worth of gas in my car to get to the Pink Elephant. Which is why I have a mini gas station building. As sort of a reminder that gas was 17 cents a gallon and no one back then EVER bitched about the price of gas.

I love Jimmy’s Diner because it also serves as a reminder of what a dork I was at the Pink Elephant driving my 1949 De Soto parked next to a few Chevy Corvettes with guys resembling The Hulk sitting behind the wheel.

I always said to myself that one day I would return triumphfully to the Pink Elephant driving a really hot car and showing them bastards. Unfortunately the Pink Elephant is no longer there and my only option, as far as an existing car hop drive in is the one remaining place called “King Tuts” in Beckley, West (by gawd) Virginia.

The only problem there is the car hop waitresses are all in their 60’s and serve you in motorized scooters. Um….but then again, I’m driving a 99 Dodge. Go figure.

My final mini building is not Christmas related but a must for all Boston Red Sox fans. It’s “Fenway Park.”

And of course the bleacher section….during Winter, which explains the empty seats with the exception of Santa Claus…..

So, for the most part that’s all of MisfitWisdom’s collection of mini buildings and houses. Yes, I know there were just buildings and no houses in all of these photos. But, it IS Christmas Day and I thought it would be kind of tacky if I showed you my “Chicken Ranch House of Ill Repute” with hookers greeting Santa with his bag full of reallllly neat toys for the ladies.

Yes, I know, you’re saying to yourself, “Well what did Santa bring any guys who were at that house then?”

The answer. Nothing……..we already had our toys…….if ya catch my drift.

Former disc jockey, (Dick Jones) 30 years, and author of, "I Could Have Been Famous But Sex, Love & Life Got In The Way" available at Amazon.com books, & Kindle, "The Covert Chamber" a mystery novel available at Amazon.com and Barnes & Noble, and "Forgotten" the story of two WWI pilots who were forgotten for over 70 years available on Amazon.com and Kindle
View all posts by misfit120 →
This entry was posted in Uncategorized and tagged Merry Christmas From MisfitWisdom. Bookmark the permalink.