Quick! Hand Me A Freakin’ Tranquilizer!!!! 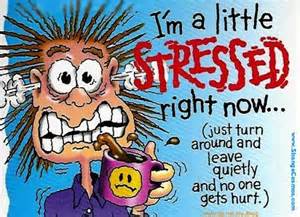 Normally I’m a completely normal type person who doesn’t let too much get to me. Yes, on occasion I do tend to flip out over stuff, but not very often. Tranquilizers do help. Along with banging my head on a big Oak tree in my backyard.

But this week was unusually stressful for yours truly.

First of all I hate the cold weather. If I had my way I’d seek out a big fuzzy bear and disguise myself as another bear and hibernate the entire winter. Preferably a female bear. Hey…if I don’t shave for a week or so with all kinds of hair growing outta my body in places where hair isn’t suppsoed to grow, (old age thing) I could pass off for a bear. 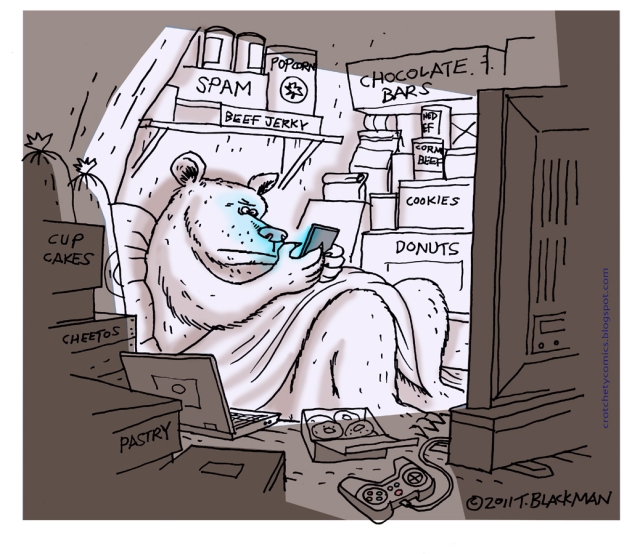 See, it’s really not that bad. And they have SPAM!

Anyhow, I began to think of reasons why I became so stressed this week. Being cold outside was one of them. For instance. When you go to gas up your vehicle and pay in advance the attendant sets the pump to indicate the amount you paid up front. Which is fine. Except for those last 20 cents that you’re pumping on a cold winter’s day with the temperature hovering around 20 degrees. Did ya ever notice it takes FOREVER for that last damn 20 cents to register. WTF!

Yep….they make sure you do not go over the amount you paid. BUT…..use a damn debit card to pay for your gas at the pump and you wanna just put in $20 bucks and you attempt to get it to the exact amount, what happens? You guessed it, two to three cents over what you planned to put in. Again WTF!

Add all those extra cents up from other people who attempt to do the same and the gas station is making a killing. Bastards.

Same goes for trying to find a parking space close to the door of any store that you shop at in the Winter. So where’s the nearest space. Out in the North forty. Why is it I don’t have that problem in the Summer? My personal conclusion is that people park at these store parking lots and take a bus to New York or somewhere and leave their cars there all day. But only in the winter when it’s 20 below. 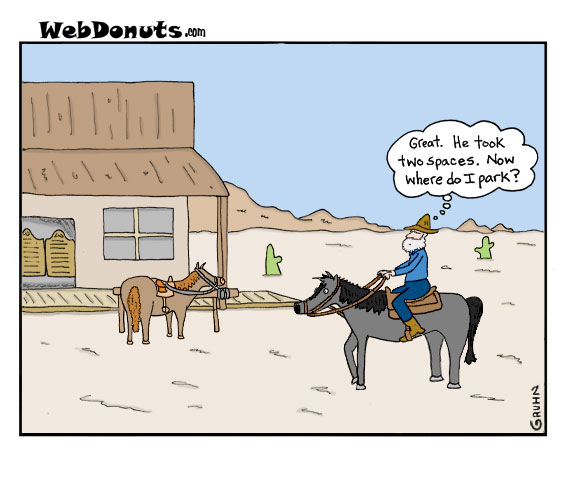 Then there’s the great outdoor rural mailbox caper. After many years of doing battle with various terrorist snow plows who took down my rural mailbox after a Winter storm by clipping it with their giant cyborg plows, I decided to move it back one foot. Clever don’t ya think.

However, sensing that I was on to their diabolical plan to destroy my mailbox during a snow storm every year, they came up with a new tactic just to piss me off. Which is to pile up as much snow onto my mailbox with their plows as humanly possible thereby requiring me use a metal detector to find my mailbox. And you wonder why I hate Winter.

Of course only being 5′ 4″ tall doesn’t help matters either….bastards.

Then there’s my constant battle with Rusty the squirrel in my backyard. He insists on looting and pillaging the bird feeder until he devours all of the sesame seeds and scatters the rest all over the place. Of course the birds do not seem to mind that the seed is on the ground, but I do. After all, here I am attempting to create a hygienic place for birds to dine and now they have to eat off of the ground. Disgusting. And completely unsanitary.

No wonder so many birds are suffering from indigestion problems. 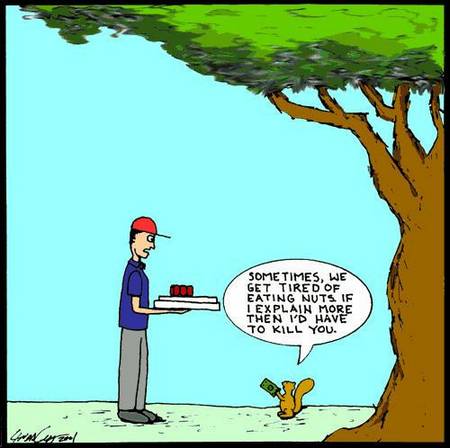 Out here in the frozen tundra we still have to function as normal human beings in the Winter. Which means those weekly trips to the town dump still have to be made. No problem. Except for the fact when the wind is blowing and the snow is blowing you still have to sort out your trash. Paper in one container….cans in the other and really weird stuff, like your ex-wife’s body in a separate container. 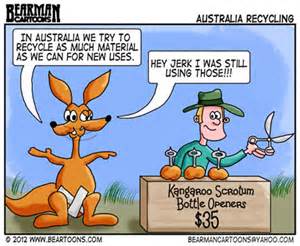 Oops…..I guess they have it worse in the land of Oz.

HEY! Trash is trash for cripes sake. Why the hell do I have to sort it all out? Why don’t manufactures just make things in one container so it’s easier to dispose of. Or a container that you can eat. Now THAT’s recycling as far as I’m concerned.

However, some recycling trips are necessary

Finally on my bitch list today is those freakin’ leaves that insist on falling off of trees every fall. What the hell is with that! Why do trees make leaves if they’re only going to shed them in the Fall? Makes no sense to me. If you’re gonna grow something hold on to it. Unless you can eat it of course.

Soooo, I bag my leaves and haul them off to the dump and what does the sign say? “NO DISPOSING OF LEAVES.” WTF!!

So where am I supposed to dispose of those leaves….which is what I said to the attendant. “How bout up your ass.” His reply. Jokingly of course. Although that might be an option if I can’t find a place to get rid of them. Remember, our forefathers used leaves before toilet paper. Yep….if it’s good for that old saying, “Does a bear s**t in the woods,” which obviously they do, and use leaves in place of toilet paper, then that might be an option for me as well.

But I finally figured the leaf problem out. I simply load them into my pickup then drive down the Interstate at night doing 70 MPH and SHAZAM,! miraculously they disappear like magic. Let them damn highway leaf picker uppers figure out what to do with the leaves later. Not my problem.

My cousin Festus in Tennessee gave me the idea

So now I’m settling in for the long cold New England Winter with a nor’easter approaching mid-week. So say the forecasters.

Am I worried? Nope. Do I need any tranquilizers? Nope. Just give me my heated electric blanket, my Netflix DVD’s, an assortment of various snacks, my HDTV, and I’ll be content watching the tube.

Especially the news reports showing the highway department guys doing leaf pickup on the Interstate when it’s 20 below during that nor’easter.

Hmmm…..maybe Winter won’t be that bad after all.

Former disc jockey, (Dick Jones) 30 years, and author of, "I Could Have Been Famous But Sex, Love & Life Got In The Way" available at Amazon.com books, & Kindle, "The Covert Chamber" a mystery novel available at Amazon.com and Barnes & Noble, and "Forgotten" the story of two WWI pilots who were forgotten for over 70 years available on Amazon.com and Kindle
View all posts by misfit120 →
This entry was posted in Uncategorized and tagged bears, nor'easters, recycling, squirrels, stress. Bookmark the permalink.