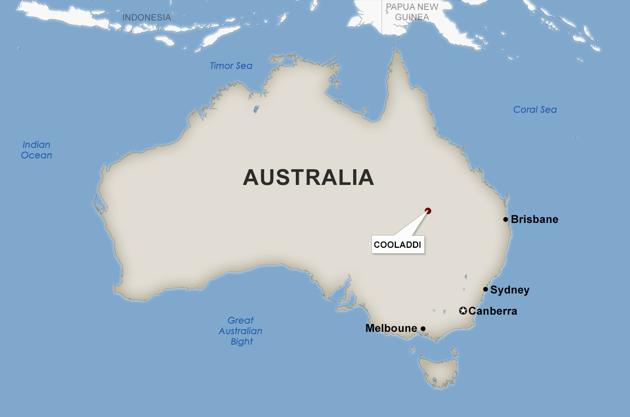 Yep podner, those there are fightin’ words in the ol West. Which ultimately led to a gunfight between two cowpokes out on the main street of town. But, considering this one town I’m writing about today only has four residents, they might wanna think twice before getting into a gunfight.

Cuts down on the population of this small town. 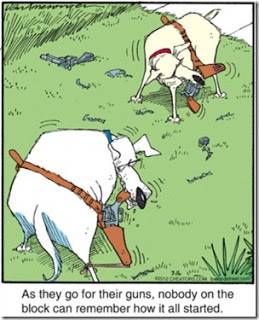 Considering animals outnumber the residents in Cooladdi, the only gunfights are between animals

The town of “Cooladdi,” which may or may not serve “Pina Cooladdis” in the one pub located in that town, is in Australia and is called “The Fox Trap.” But I’m not quite sure if they have gunfights in the center of town or not. Then again, when there’s only four residents living in that town, what the hell do they need a center of town for anyhow. Who the hell is gonna go there?

The four residents are Laurel Seymour, 64, her daughter Roxanne, (most likely named after the “Police” song “Roxanne,”) although I’m also not quite sure if THIS town has any red lights either. (Ya have to think about that one) And Roxanne’s son-in-law Gavin Muller, (no relation to “Muller’s Pasta”) and finally their daughter Christie.

The entire town of Cooladdi (animals not pictured)

Yep, all four run this town along with the various businesses which include a watering hole that resembles a truck stop, a four star restaurant, a motel and gas station and a pub all rolled into one.

Sooo, you can get watered down, eat, sleep, get gassed up and stoned all in one place and never leave town or travel more than 10 feet. Such a deal. 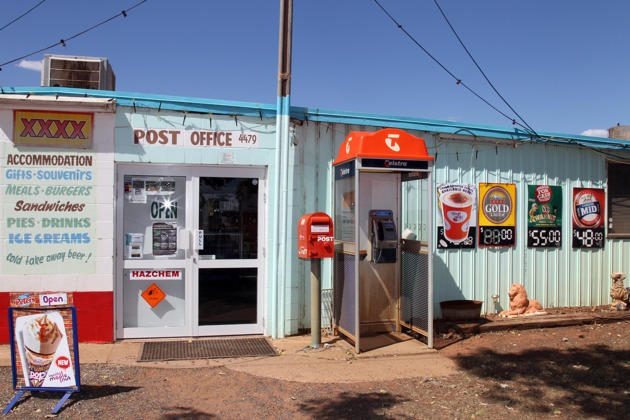 What more could anyone desire in a town….um….more people maybe

The family bought the place in 2007 and all seem quite happy to be living in such a small town. I guess when there’s gossip going on in town everybody knows about it first hand. Most likely because if there are only four people living there, who the hell can keep a damn secret about anything. 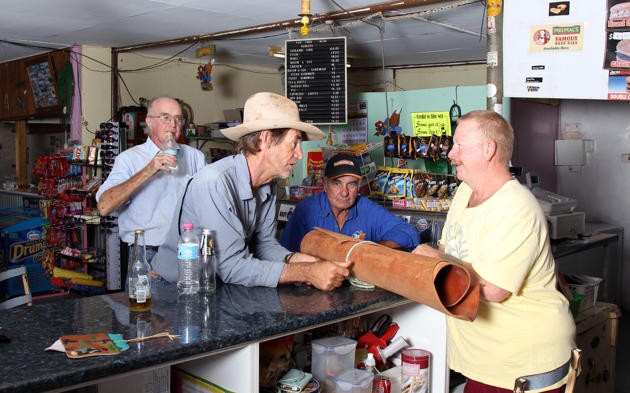 The Cooladdi trading post. “So Jake, I’ll trade ya this here kangaroo hide fer those DVD reruns of that there “Hee Haw” television show”

I find it interesting that one of the family members commented, “One thing about living here is that you’re never bored.”

You live in a town with only four people and all the business are in one building and the train depot probably hasn’t seen a train since dinosaurs roamed the earth and you’re never bored!!! WTF!

I get bored and I live in a town with hundreds of people. Well, only because most of the people that live in my town are very boring. BUT…..four people in YOUR town and ya don’t get bored?  Cripes, what the hell are you people into down there? Or smokin.’

The one directional sign in town. Only because there ain’t no other place to go but Cooladdi for miles and miles

The family does admit that with a tennis court that has seen better days, a few cows, ten dogs, (which obviously outnumber the town residents) a couple of friendly cats and a growing chicken population, the “Fox Trap” is not a pretty place.

Again, a guess why. Cow poop, chicken poop, and cats and dogs fighting with each other.

Getting back to that train station. Roxanne said the train station platform has become something of a tourist attraction.

Yep, I’m sure travel brochures out there in Australia list the Cooladdi train station platform as one of the must see tourist attractions.

OMG! How did I ever miss this exciting train station platform….um….er….soooo where IS the platform?

Oh yeah, here it is. “Visit scenic Cooladdi and take in the exciting train station platform.”

Golleeee. I can hardly wait to book my trip there. Damn, all these years and I never knew of such an exciting place to visit.

Um…..on second thought, maybe I’ll pass on that visit. I was just looking over one of the comments about the town’s restaurant made by Roxanne who said, “Their “road kill” menu is to die for.”

Then again, you could take your chances that the road kill is one of those cows or chickens and NOT one of the many dogs and cats. Check for whiskers first in your food folks.

So that’s the skinny on this very small town in Australia. Plug in your electric shaver and all the lights in town dim. Their “Motel 6” sleeps six. Their zip code is a fraction. You have to make a reservation to use the parking meter. There’s no town idiot, everyone has to take turns.

I’m on a roll here folks.

Ironically, my own town, as I mentioned earlier, is small, but I myself only have to take my turn at being the town idiot once a year. However, yesterday was election day, as was the case all over the country. At least here in the States. So, after writing this blog, my other half and I went to do our civic duty and vote, even though only one person was on the ballot, and as I said, I thought it kind of ironic that I should come across this bumper sticker outside of the town hall.

See Australia, you’re not alone when it comes to living in a small town.

Former disc jockey, (Dick Jones) 30 years, and author of, "I Could Have Been Famous But Sex, Love & Life Got In The Way" available at Amazon.com books, & Kindle, "The Covert Chamber" a mystery novel available at Amazon.com and Barnes & Noble, and "Forgotten" the story of two WWI pilots who were forgotten for over 70 years available on Amazon.com and Kindle
View all posts by misfit120 →
This entry was posted in Uncategorized and tagged Cooladi Australia, Fox Trap, Hee Haw, Motel 6, Roxanne, The Police, voting. Bookmark the permalink.