Did Fox Sports Show Up For Game 3 Of the World Series? 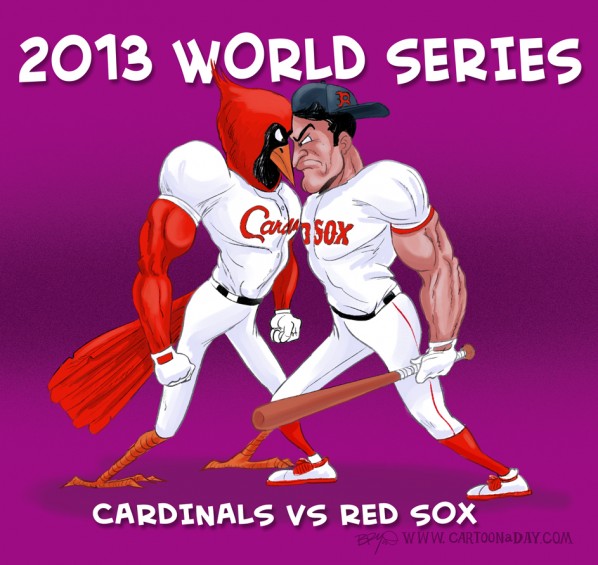 You all know by now that I am a dyed in the wool Red Sox fan. So, that said, I obviously have to voice my comments on Saturday’s game 3 of the World series between the Boston Red Sox and the St. Louis Cardinals.

Not that the Sox lost that game, but of the ineptitude of Fox Sport announcers. Namely Joe “freakin’ Buck and Tim “duh” McCarver.

For what you ask? Just in case you missed the game 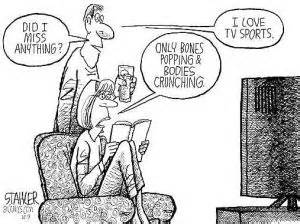 “One of the wildest plays so far in the World Series happened in the bottom of the third inning of Game 3. With one out, Matt Holliday hit a soft fly ball into shallow center field that caused a little confusion among the Boston Red Sox fielders.

Shortstop Stephen Drew bowed out of the play early and gave center fielder Jacoby Ellsbury that “it’s yours, please catch it” look. Ellsbury had a long way to go, too, but had a better angle and seemed to be in good position, but actually overran it slightly and had it bounce off his glove.

With the ball on the ground, the attention quickly turned to Holliday, who wasn’t exactly busting it out of the batter’s box. Realizing he should easily be at second base, Holliday compounded his first error by unwisely attempting to advance. He wound up getting caught between a rock and a hard place and was easily tagged out.”

Soooo what were Buck and McCarver doing when that play took place? Why doing an interview with Red Sox catcher David Ross, because, as we all know, THAT’s more important than the action on the field.

“Great, and hows the family?”

“Um….Joe, Tim, isn’t something happening out there on the field that you guys should be reporting on?”

“Out on the field? Oh, ya mean the game. Heh heh…nah, nothin’ going on out there except a missed ball and some player gettin’ caught between bases. Soooo, about your beard……”

Meanwhile, all that action is going on with Matt Holliday being caught between bases and we at home are saying to ourselves…WTF!

Lest we forget him as well

But, as I always say, and will say again for the gazillionth time. FOX SPORTS SUCKS!

How many times have they not only missed a crucial play because Buck and McCarver are too busy admiring each others clothes, or, Ken Rosenthal’s cute bow ties, but key plays in the game as well. Not to mention, but I will, the late return from commercials just as the first batter is swinging at a ball. Oops.

Game? What game…..look at my new bow tie guys… 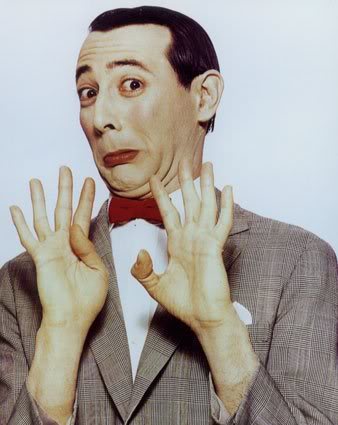 Personally I am of the opinion that if for just about 162 games during the regular season local sports networks broadcast their teams games, (Boston has NESN) WTF does Fox Sports need to come in and broadcast the World Series.

But, given the choice of Fox Sports or any other network broadcasting the World Series, I’d prefer to have the same announcers who have announced the play-by-play games all season long continue to do so right to the end.

It’s kinda like spending your time building a house for 6 months and when it’s completed, instead of YOU moving in, some other family zips in and says, “Hey thanks, but we’re taking over now.” 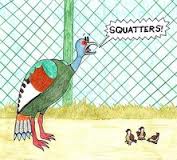 AND…..is it me or does Fox Sports announcers think they have to chatter constantly with each other thru the entire game. Gawd forbid if there’s two seconds of silence. ESPN as well. 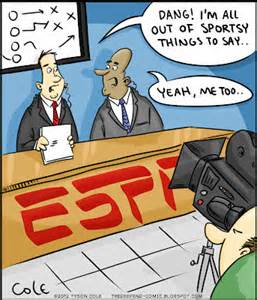 How about shutting the f**k up then

There can be no forgiveness for the idiots at Fox Sports for screwing up in the past and most recently during game 3 of the World Series. They’re just a bunch of asswipe idiots who don’t have a freakin’ clue as to what the viewers are really interested in.

As long as I’m on a roll here folks, how about paying attention to the fact that during the entire game commercials are EVERYWHERE!  Yes, between innings, between pitching changes, on the billboards as the camera zooms in on plays, behind the batters box, and annoying pop ups while the game is in progress.

Is this about watching a game or advertisers getting their products into your eyeballs throughout the game. YES….OMG! It’s about the money. You don’t actually think that Fox Sports and ESPN are broadcasting that or any game so that you can actually see it do ya?

No you fools. It’s about the advertisements. Oh yeah, and Kenny Rosenthal’s bow tie. And of course those during the game spot interviews with Marvin Ferndork from Podunk, Iowa who is 102 years old and has been sitting in the same seat for 100 years. Obviously more interesting than some stupid game.

Yes it’s true that NESN, (Boston Red Sox Network) does chatter and zooms in on an occasional praying mantis, a bird pooping on a railing out in center field, or some hot babe with extreme cleavage, but, if anything of importance is going on during a game, they immediately get back to the action. Unlike Fox Sports.

The Internet on Sunday went berserk over Fox’s missing that play with Holliday and Ortiz, and rightly so.

Will Fox get the message and concentrate on the game from this point on?

There are way too many Kenny Rosenthal bow ties to highlight, along with wonderful stories about people attending the games in the stands that need to be interviewed, and gazillions of dollars to be reaped in from constant commercials.

But alas……baseball season will be over in a few days and Fox can move on to other ways to screw up sports games………..

Former disc jockey, (Dick Jones) 30 years, and author of, "I Could Have Been Famous But Sex, Love & Life Got In The Way" available at Amazon.com books, & Kindle, "The Covert Chamber" a mystery novel available at Amazon.com and Barnes & Noble, and "Forgotten" the story of two WWI pilots who were forgotten for over 70 years available on Amazon.com and Kindle
View all posts by misfit120 →
This entry was posted in Uncategorized and tagged 2013 World Series, baseball, Boston Red Sox, ESPN, Fox Sports, Joe Buck, Ken Rosenthal, NESN, St. Louis Cardinals, Tim McCarver. Bookmark the permalink.