Beatles Secret Messages???? Hey, Where Was Edward Snowden and Wikileaks On This One? 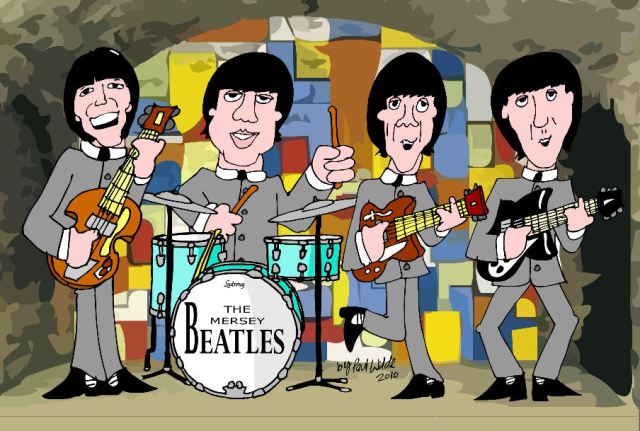 Oh sure, everybody’s paying attention to all the stuff Wikileaks and Edward Snowden have leaked out about government spying and female celebrities that stuff their bras, but do ya ever hear anything about this latest revelation about the Beatles? NO!

I’m talking about the story Yahoo published on the Internet the other day about those secret messages contained in a lot of the Beatles songs. Who the hell knows what kind of subversive messages were contained in those songs.

So it was a bit comforting for any of us Catholic kids to hear that word in a Beatles song because we figured if they could sing about it, then perhaps they were also doing it. Sooooo, it must be ok for us to do it too.

Besides, none of then had gnarly hands, as evidenced by the fact they could play some mean guitars, (I’m still a bit suspicious about Ringo however cause he played the drums) and for sure none of them were blind. I can’t vouch for the “going to hell” part of departed Beatles however…but, WTF…..I’m not gonna worry about that at my age. 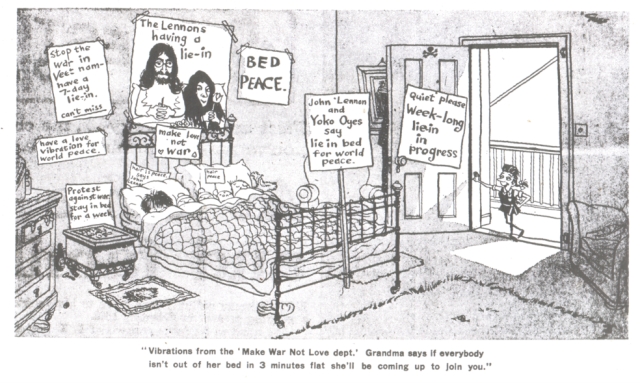 So what other secret messages did we miss? According to the article in Yahoo and “Stop The Presses,” by Chris William at ( http://music.yahoo.com/blogs/stop-the-presses/ve-got-hide-flub-away-finding-beatles-secret-064038109.html) we may have missed the following.

In, “Free As a Bird” The Beatles just included a, what McCartney calls, “spoof backward recording” just to drive Beatles nuts crazy. The message said, “Turned out nice again.” Which was about the brief reunion of the three surviving Beatles in 1995. Ho hum….

In the song “Hey Jude” (not a song about actor Jude Law) supposedly at about 2:59 minutes into the song you should be able to detect John Lennon saying, “Got the wrong chord…f**king hell,” while Paul McCartney is singing. Or, attempting to sing while Lennon is bitching about a wrong chord. Which may include more expletives. Like McCartney saying to Lennon, “WTF you worrying about damn freakin’ chords for you idiot. Just sing along like the rest of us. What the hell kinda chords ya worryin’ about when all ya have to sing about is, “Na Na Na Na Na Na Heyyyyyyyyyyyyyyy Jude.”

Even the FBI loved Lennon’s music

Apparently in “Strawberry Fields Together” Lennon is reported to have said, “I buried Paul.” Which has never been proven. But…..considering Lennon may have been pissed off at McCartney yelling at him during the “Hey Jude” recording session, maybe he really did say it. Or, at least think about it. 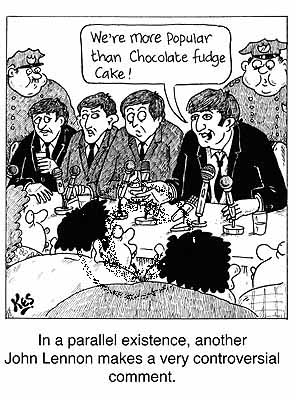 In, “All You Need is Love,” Lennon can be heard singling a line from “She Loves You,” as well as the word, “Yesterday,” near the end of the song. Nothing earth shattering about that. At least nothing Wikileaks or Snowden would be interested in. Not even me for that matter. 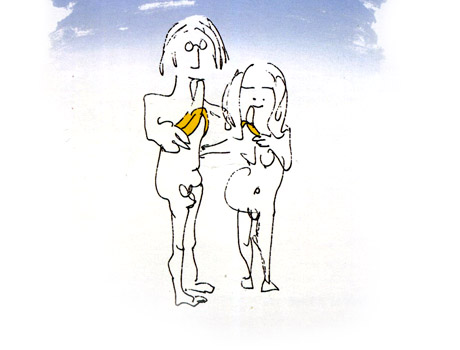 Of course the most controversial album cover was the “Two Virgins” cover above. (censored lest little children read this blog)

Ah, now here’s one you might wanna experiment with if you have a dog. In the song, “A Day in The Life,” after the final piano chord, John Lennon suggested that they insert a high-pitch whistle especially for dogs, 15 kilocycles, to make them perk up. So, if your dog went berserk or lunged for your LP as the song was ending and tore it to shreds, now you know why.

In the same song at the end of the record in the run out groove of the original LP release following the piano chord and that stupid dog whistle, comes gibberish. A bunch of scrambled up type voices that you can’t really make out. Kinda like pressing your ear to your apartment wall so that you can hear the couple in the next apartment having sex but all you can hear is the bed squeaking and an occasional OMG! 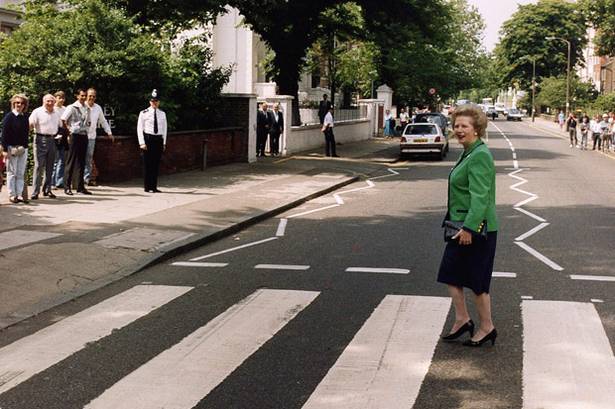 The line, “Everybody spoke and I went into a dream” in “Day In The Life,” was supposed to be, “somebody spoke and I went into a dream,” and McCartney, at screwing up the line blurts out, “Oh s**t.” OR….he actually had to go to the bathroom during that recording session and that’s what he was saying and they just cleaned it up for this story. OR…he didn’t make it to the bathroom during the actual recording session and they had some cleaning up to do. Which may have then prompted some recording engineer to say, “Oh s**t.”

Lastly, there’s Ringo’s squeaky bass drum pedal. Apparently you can hear it squeaking on “From Me To You,” and “Hold me Tight,” during the entire track. I find this very hard to believe considering anyone, including professional musicians, know you should always carry a can of “3 in 1 Oil” handy for those pesky squeaky bass drum pedals.

Again, this most likely was due to mice in the recording studio. Of course no musician, including the Beatles, are going to admit they have mice running around. Sounds much better if you go with the ol squeaky bass pedal story.

However, just to enforce my theory of mice, here’s actual photographic proof that mice were around back then, AND, perhaps even were members of the studio band and NEVER got credit for participating in any Beatles recordings. 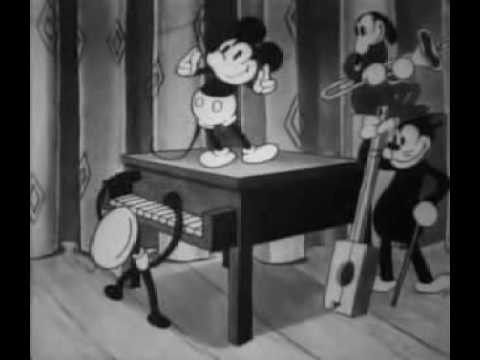 Photo taken of the studio band during a break while recording, “From me To You.”

Where the hell were ya then Wikileaks? How come ya never released this information Edward Snowden? HAH!

Further proof that mice were employed in the music industry

Oops…..I may have to leave the country now for revealing that.

Former disc jockey, (Dick Jones) 30 years, and author of, "I Could Have Been Famous But Sex, Love & Life Got In The Way" available at Amazon.com books, & Kindle, "The Covert Chamber" a mystery novel available at Amazon.com and Barnes & Noble, and "Forgotten" the story of two WWI pilots who were forgotten for over 70 years available on Amazon.com and Kindle
View all posts by misfit120 →
This entry was posted in Uncategorized and tagged Abby Road, Catholic church, Edward Snowden, FBI, Lou Monte, Margaret Thatcher, music, Pepino, Plastic Ono Band, The Beatles, Wikileaks. Bookmark the permalink.