Stop Me Before I Write Another Stupid Letter To “Dear Abby”

Presented to “Disgusted in Ohio” for being a complete idiot

There are many ways for people to make themselves look like complete idiots. I, for one, do it on a constant basis by writing this daily blog. BUT…that said, my own idiot status is only known to the over 300 MisfitWisdom daily readers around the world who have accepted the fact that I am an idiot and still continue to read this blog.

However, it’s another thing when you send a letter to “Dear Abby” and the entire civilized world, at least those who get her column in daily newspapers, discover what a freakin’ idiot you are.

Because I responded to idiots who wrote letters to me

Ya see, in my case I just use logic with humor to make my case in whatever topic I’m writing about. Oh yeah, and facts, which I like to say, “clouds up the issues.” Nobody likes “facts” when they’re trying to make a point.

Such is the case of a letter writer to “Dear Abby” which appeared in her daily column, “Dear Abby,” (9/5) which makes sense to me because her name IS Abby, so therefore, the name of her column.

Sometimes you have to explain these things to people precisely.

Unlike this piece of advice that really makes sense

The letter writer, “Disgusted in Columbus,” which is not her real name because, as we all know, if you’re going to write a letter to “Dear Abby” and make a stupid claim, you sure as hell do not want people to know your real name. Lest people who know you’re stupid get out the tar and feathers and seek you out.

Oops….I got off the beaten path there. Sorry. 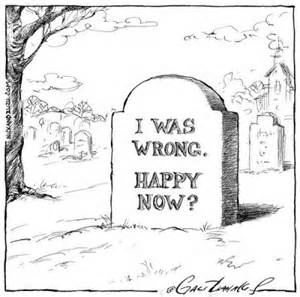 Not sure, but considering “Dear Abby” is no longer with us, this could be her epitaph

Soooo, this “Disgusted in Columbus, (Ohio I assume) is all bent outta shape because she thinks older people who are still in the workforce are preventing her from advancing to a higher position because those old bastards refuse to retire or die.

Exactly!  You old people who are still working have a lot of freakin’ nerve. WTF is wrong with all of you. Holding on to your jobs so that you can work as long as possible and prevent younger folks from taking over your positions and advancing in the workplace. 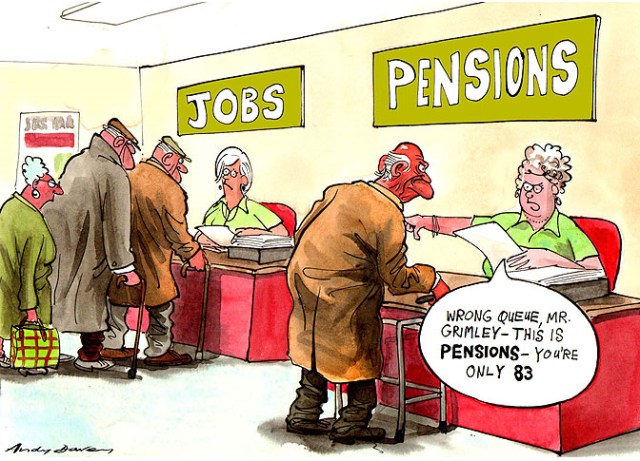 Damn! So much for my lavish lifestyle plans

Well, that’s kinda what she implied. Here’s exactly what she wrote:

“I am appalled at older workers who hang onto their jobs so they can live lavish lifestyles, while young workers trying to support families are left with lack of advancement or even laid off because they don’t have tenure.”

Yes….we old people who have been in our jobs for eons and refuse to retire are just plain selfish SOB’s. All we wanna do is continue to work so that we can live a lavish lifestyle.

Like me for instance. I retired when I was in my 60’s when I could have just done it when I was in my 50’s, but I was too greedy to do it. So I waited till I was in my 60’s, made all those bigggggg bucks, and now…yep, now I’m living a lavish lifestyle making less per year than the cost of a brand new stripped down 2013 Dodge Ram 1500 truck.

HEY! I resemble that remark!

So she goes on to say, “I am a single mom and when my sons are out of college I plan to take a less stressful job (and thus less pay) so a younger person can have my job to support a family. I am so tired of the ME ME attitude of our society now. In the past, there was more of a sense of social responsibility. Now it’s every man for himself and hang everyone else.”

YES! Screw everybody. It’s all about us older folk holding on to our jobs preventing people like Disgusted in Ohio from advancing. What a bunch of asswipes we are. How utterly selfish of us.

Damn. I feel….so….so…..(sob) embarrassed. Gawd….how many young people have I prevented from stepping into my position at work when I was employed and thereby prevented them from advancing in the workplace. Damn…I was soooooo selfish. If only I had known.

Here I am now selfishly living my lavish lifestyle at the expense of those people. (sob) I dine out at lavish places like McDonald’s, Burger King. Drive my 1999 Dodge Ram and lavishly put 2 gallons of gas in my gas tank once a week. Lavishly go to the store and buy a few cans of Bush’s beans and some hot dogs to support my lavish gourmet tastes.

Cripes……I AM so embarrassed. I should really take my lavish lifestyle check that I get monthly from Social Security and just send it to Disgusted in Ohio. Or at least half of it. Um…let’s see, if I sent her half of my annual earnings I’d still be able to keep up my lavish lifestyle on the remaining $7,200, which is half of what I lavishly get per YEAR!

You know what folks. I’m feeling so bad about working for so long and preventing people like that woman from advancing it’s making me even more concerned about other things. Like am I taking too much money from the government in Social Security?

After all, do we not need to support Pakistan with $3 million dollars in aid too. And Egypt. And other countries that need it more than us. Gawd am I a selfish jerk. 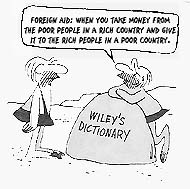 Makes sense to me

Oh WAIT!  I don’t make quite enough to support Pakistan, Egypt and help that woman out. Damn! What to do?

I already retired so I’m out of her way and she can advance in the workplace. So that’s not an option.

HEY! I’ll come out of retirement, make more money, not only to support my lavish lifestyle, but to maybe send her a few bucks too, and also to Pakistan and Egypt.

Um…noooo, that won’t work. Then she’ll claim I’m taking a job away from some younger person who won’t be able to advance.

HEY! It’s all I can afford on my freakin’ “lavish” lifestyle!

Former disc jockey, (Dick Jones) 30 years, and author of, "I Could Have Been Famous But Sex, Love & Life Got In The Way" available at Amazon.com books, & Kindle, "The Covert Chamber" a mystery novel available at Amazon.com and Barnes & Noble, and "Forgotten" the story of two WWI pilots who were forgotten for over 70 years available on Amazon.com and Kindle
View all posts by misfit120 →
This entry was posted in Uncategorized and tagged advice columns, Barrett Strong, Dear Abby, Egypt, employment, money, Pakistan, pensions, retirement. Bookmark the permalink.