Yes….that’s what a bunch of new data released by the “Centers of Disease Control” says. Lightening is five times more likely to zap the ever lovin’ bejesus outta men than women. Which can only mean one thing.

Why else would men get zapped by Mother Nature, which God obviously has control over. Just as “He,” or “She,” controls everything else on this earth that we can’t actually put our finger on, but we know exists.

The facts are, according to Yahoo News, and Dylan Stableford, (no relation to Bob Dylan) and the Centers for Disease Control, is that 3,389 Americans were killed by lightning from 1968 through 2010.

Ya think they would have waited till one last person got zapped to make it an even number, say like, 3,390. I just hate uneven numbers. Don’t you?

The scary part, at least for us men, is that 85 percent of those killed by lightning from 1980 through 1995 were male. No reason was given as to why males are more likely to get zapped by lightning by the CDC.

They issue this report stating that men are getting knocked off by lightning and not one word as to why. WTF! 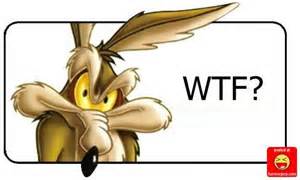 So one can only assume that there either must be yet another woman who is head of the CDC and she hates men, wants them to get zapped, and is not going to tell us males how to avoid getting zapped, or, they just don’t have a freakin’ clue as to why men get nailed by lightning more than women.

I mean, come on for cripes sakes. You can’t go around issuing reports like this and not tell us guys why the hell we’re getting knocked off in numbers by lightning! What’s wrong with you people?

Do we have to figure this out ourselves. Excluding that one theory that God is a woman and hates men. 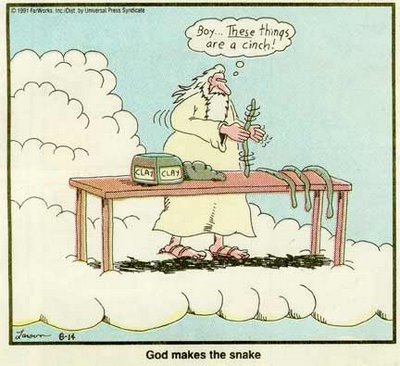 I hate snakes. Further proof that God could actually be a woman

Could it be that men are stupid idiots and we climb up tall mountains for the hell of it during a thunderous rainstorm and when we get to the top, pop a can of “Bud Lite,” hold it up above our heads while screaming, “Look Ma….I made it,” and at that point get zapped by lightning.

Or, it could be that men, being the stronger of the sexes, is required to do all that manly macho stuff that women expect of men. Like climb on top of roofs and repair stuff….usually during an impending rain storm, because wifey reminds them that there’s a leak in the ceiling and they promised to fix it BEFORE the next rain storm, so, off they go, up on that roof, tools in hand as the skies darken.

Or the guy who just subscribed to satellite TV and even though he knows a storm is coming, his spouse insists that he mount that dish on the roof so that she can watch “The View.” Gawd I miss rabbit ears.

“Honeee. have ya got that dishy thingy mounted on the roof yet?”

“No dear, just a few more minutes. Geez….it’s getting real dark up here. Put the “Weather Channel” on and tell me if there’s a storm heading in our direction.”

“WHAT? I can’t hear ya too clearly way up there. What did you say about having an erection. You didn’t take one of those blue pills before you went up on the roof did you? You know how you lose your balance when that happens.”

“HONEEEEE!!!! For cripes sake, it’s getting really dark up here and I think I see some lightening off in the distance!”

“Dear….you’re right, the TV is still dark and I can’t see anything but those lightning flashes on the screen….kinda fuzzy too.” 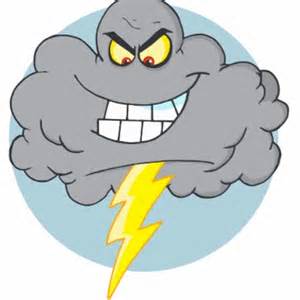 “Hold it right there honeee. It’s perfect. We’ve got a great picture. Must be some comedy movie though. Real funny. Some guy is apparently up on a roof and gets nailed by lightning and I’m getting a perfect picture.

I think we can safely assume that the reason males get zapped by lightning more than women is my first theory. God is a woman.

Which are the main reasons I never buy beer in cans that may attract lightning, or climb any mountains, refer to God while praying to God as a he or a she, and foremost, still subscribe to wired cable television service.

Oh yeah……and if my roof leaks, rather than have to go up there and fix that leak, I just tell my other half to stick a plant under the dripping spot.

Now we have lots of houseplants now that never need to be watered manually thanks to Mother Nature and no need to ever go up on that roof.

I ain’t stupid ya know.

Former disc jockey, (Dick Jones) 30 years, and author of, "I Could Have Been Famous But Sex, Love & Life Got In The Way" available at Amazon.com books, & Kindle, "The Covert Chamber" a mystery novel available at Amazon.com and Barnes & Noble, and "Forgotten" the story of two WWI pilots who were forgotten for over 70 years available on Amazon.com and Kindle
View all posts by misfit120 →
This entry was posted in Uncategorized and tagged Bud Lite, Centers For Disease Control, Easter Bunny, God, Harry Reid, John Boehner, lightning, Mitch McConnell, Mother Nature, Santa Claus, The View, Tooth fairy, Weather Channel. Bookmark the permalink.