There are just some things I just do NOT wanna know. First on my list is what a doctor sees when he’s sticking that camera up my butt during a colonoscopy. Second on my list involves almost the same procedure, which is called an endoscopy, which is when they shove that same camera down your throat.

And because strangely enough both of those cameras are attached to verrrrry long tubes and look suspiciously the same to me, I always ask my doctor if they ARE the same tubes, at which point he assures me they’re similar, but they clean them very well after each procedure.

Which then prompts me to say to him in return after an endoscopic procedure, when they shove that down my throat, “Then why does my mouth taste like s**t?”

Why does this tube taste funny?

Now, my final thing I just don’t wanna know is what the hell a fetus is doing inside of a woman’s womb for the nine months it’s in there. Cripes, isn’t bad enough the government is spying us AFTER we’re outta the womb! Now people are spying on us even before we get outta there! WTF!

I’m really surprised that Snowden guy hasn’t accused the NSA of doing that!

Now, in case you think I’m blowing smoke outta my butt, which also happens on occasion when you’re getting a colonoscopy, medical science can now photograph a baby using sonogram images showing it while it’s in the womb. Makes sense to me.

So, because most moms-to-be think having a photograph of their baby while in the womb is pretty awesome, which it actually is, there should be some limits as to how those photographs are interpreted by doctors.

And who would that “someone” be?

Why Congressman Michael Burgess, (R) Texas, who says yes, but the science isn’t as clear.

Here’s part of the news story which the Congressman cites:

“During debates over a bill that would outlaw all abortions after 20 weeks, Texas Rep. Michael Burgess argued for an even broader ban, making the case that the limit should be pushed even earlier. Why? Because, according to Burgess, who was a former obstetrician-gynecologist, fetuses as early as 15 weeks can feel pleasure and pain.

In the hearing, he said: “Watch a sonogram of a 15-week baby, and they have movements that are purposeful. They stroke their face. If they’re a male baby, they may have their hand between their legs. If they feel pleasure, why is it so hard to believe that they could feel pain.” 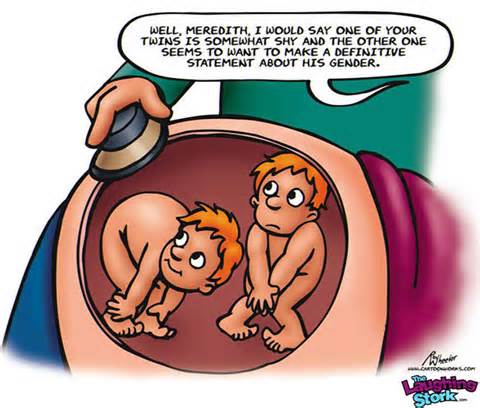 Or, he just wants to freak out Congressman Burgess.

Excuse me for a moment folks.

Ok, I’m fine now. Just needed to let that out.

My thinking, and I’m no obstetrician-gynecologist, is this. “Hey Congressman/Doc, did it ever freakin’ occur to you that there’s really not a lot of arm and leg room in the womb for kinda like just stretching out and relaxing? I mean, WTF are ya supposed to do in a cramped space with your legs and arms anyhow? 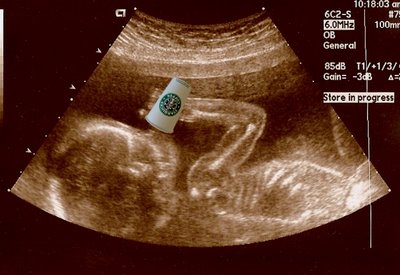 Of course this all has to do with the abortion issue. Which, I’m not taking a stand on either way. Um…ok…..screw it….I’ll take a stand on it while my hands are between my legs. ANYTHING to do with regard to a woman’s body is and should be a WOMAN’S choice. Within reason of course. Such as the health of a woman and the fetus. As well as in instances of rape etc. Disagree with me. That’s fine. BUT……..

But in the womb! I thinkith NOT Mr. my brains are up my ass Congressman. Maybe, as you state, pleasure and pain, but only due to other things. Like when mommy scarfs down a burrito and bean salad and all that gas builds up and you, as a trapped fetus, have nowhere to go. And no room fresheners to hang in there with you. Thus the “pain” part.” 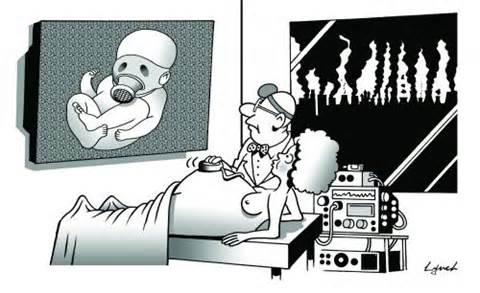 Care to join me Congressman?