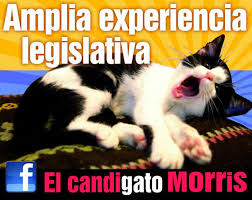 I’ve always said that if animals could run for office we’d be a lot better off considering the present animals we have in office can’t be tamed. Or trained to use a litter box or poop in the woods. Although I wouldn’t put it past some politicians to attempt that just to get votes.

But in Mexico they’ve done just that. Listed animals on the ballots to run for office. As one voter puts it with reference to a candidate running for mayor named “Morris,” (a cat) “He sleeps almost all day and does nothing, and that fits the profile of a politician.”

And I would add to that by stating that most cats are visible 24/7/365 while most of the human candidates in my area during an election are invisible 24/7/365. And don’t even know how to use a litter box.

Obviously a candidate for the Guinness Book of World records

Morris, a black-and-white kitten with orange eyes, is running for mayor of Xalapa in eastern Mexico with a really neat campaign slogan. “Tired of Voting For Rats? Vote For A Cat.” Kinda catchy don’t ya think. Unless you’re a rat and registered to vote.

And people in Mexico are taking this serious. In fact, Morris has gone full hog, or mouse on his campaign with T-Shirts, campaign stickers, and even has his own web site, Twitter account and a Catface page……um….sorry, that should read, “Facebook” page with over 115,000 likes. More than even ol Misfit here gets. Go figure.

Yeah, you’re right. But he is kinda cute and speaks both German and Mexican.

But Morris isn’t the only animal to run for office. Others include, “Chon the Donkey,” in Ciudad Juarez,who’s slogan could be, “Don’t be an ass. Vote for one instead.”

Then there’s “Tina the Chicken,”  in Tepic. Who I guess could promise not to lay any controversial eggs while in office.

And “Maya the Cat,” in the city of Puebla. Who could really use a play on words and say, “Vote for Maya for Mayor.” Just a thought there.

Finally, there’s ” Tintan the Dog,” in Oaxaca City. Because you know that dogs, not to be upstaged by cats, also have to get a piece of the action. Campaign motto: “A fire hydrant on every corner.” 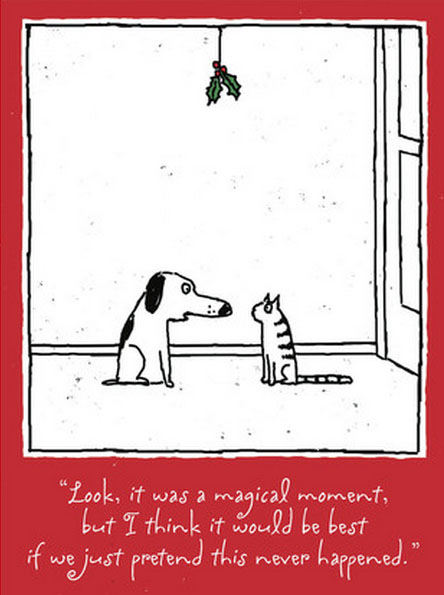 Just as in America, in Mexico politicians rank at the bottom of polls. A survey last year ranked Mexican’s trust in 15 institutions and politicians along with government officials among the bottom five. Mexican jumping beans coming in ahead of them.

Xalapa, the town where Morris is running for mayor, has been beleaguered by drug violence, corruption, scandals and the killings of at least nine reporters and photojournalists. I guess the residents figure if they elect a cat as mayor the chance of him getting involved in violence, corruption, scandals and getting knocked off are kinda slim. Who in their right mind, besides a dog, would want to put a contract out on a cat. 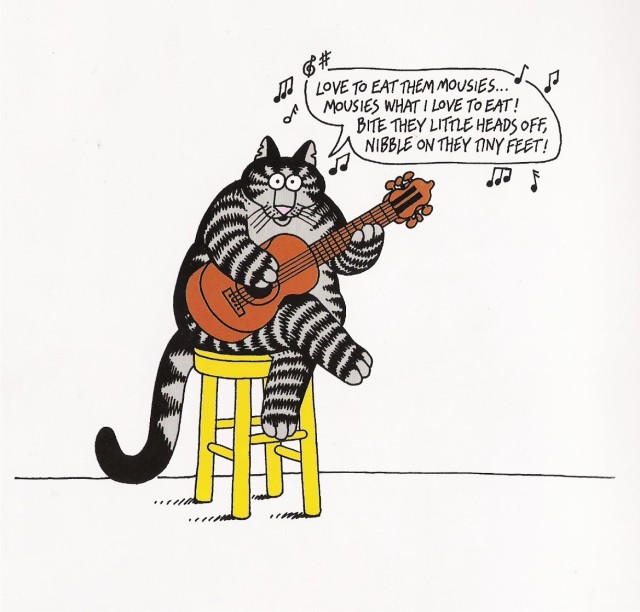 However there are a few bad apples

Now if you think that Morris doesn’t stand a mouse’s chance in a cat house, (cat house being a house full of cats and NOT the other type of cat house that real politicians frequent) you’d be mistaken. As I mentioned earlier, Morris has 115,000 likes of Facebook, while his closest contender, Americo Zuniga, (not a cat) only has 33,000 Facebook likes.

Now this campaign with Morris as the candidate is really upsetting politicians to the point that they are asking voters not to waste their votes on a cat. Which I think might tend to be  borderline discrimination if ya think about it. Cats may be animals but they deserve the same rights as anyone running for office as far as I’m concerned.

Quoting that famous American politician once again, (Mitt Romney) “Cats are people too.”

Electoral Institute President Carolina Viveros said that, “We are asking for people to participate by voting for those citizens registered on the ballots. Everything else is apart of expression happening in social media and I respect that, but you have to vote for the registered candidates, please.”

Meaning of course that she most likely will challenge the final outcome if Morris wins the Mayoral seat on the grounds that he was not an official registered candidate. Flimsy defense if ya ask me.

Why? Because in the Alaskan town of Talkeetna, Stubbs the cat has been the honorary mayor for more than 15 years. And he has thrown his support behind Morris the cat by posting his fellow feline candidate’s spot campaign on his own Facebook page. So if it’s good for Alaska, it should be good for Mexico.

My suggestion for Morris would be to enlist the help and support of Sarah Palin along with Stubbs the cat. Two famous pussys are better than one. (sorry, couldn’t help myself)

Stubbs could go on the campaign trail with Morris and generate support for his campaign.

While Sarah could play it real safe, not open her mouth and say anything really silly, which she has on occasion done, and simply do what she does best when campaigning.

Meow for the cameras, and when opponents challenge her candidate, Morris, scratch and claw the bejesus outta them.

Like she’s done in the past and will continue to do so now that she’s back with Fox News.

Former disc jockey, (Dick Jones) 30 years, and author of, "I Could Have Been Famous But Sex, Love & Life Got In The Way" available at Amazon.com books, & Kindle, "The Covert Chamber" a mystery novel available at Amazon.com and Barnes & Noble, and "Forgotten" the story of two WWI pilots who were forgotten for over 70 years available on Amazon.com and Kindle
View all posts by misfit120 →
This entry was posted in Uncategorized and tagged Alaska, cats, elections, Fox News, Guinness Book of World Records, Mexico, Mitt Romney, National Enquirer, Sarah Palin, scandals. Bookmark the permalink.