Fair Warning: DO NOT Give Dad ANY Of These Gifts On Father’s Day.

And a record player that still plays 45 RPM’s

“Lucky Magazine,” and reporter Natalie Matthews, both whom I’ve never heard of, but, that’s beside the point, they probably haven’t heard of me either, have compiled a short list of gifts you should NEVER give your father on Father’s Day.

I tend to agree, and furthermore, if you do give any of these gifts to your dad, he should immediately state that he has no knowledge of who the hell you are, or beat the livin’ crap outta you. No jury would ever convict a father receiving any of these next gifts listed. 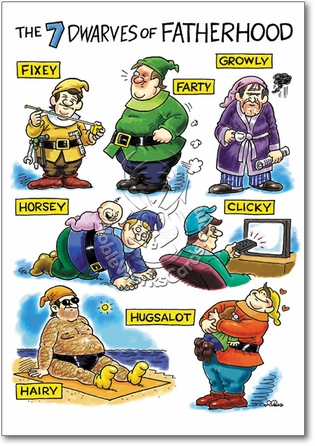 1. Hair Loss Remedies: The article suggests that even if he needs it, save it for an everyday gift. Not for Father’s Day. Like perhaps when you’re finding his damn hair all over the carpet, floors, sofas, bathroom sinks and on your baloney sandwich. They suggest that maybe a cool baseball cap might be a better option if his hair loss is really an issue. Or a can of spray paint. 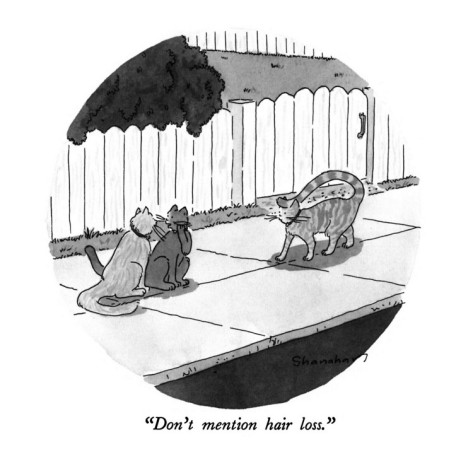 The only instance where a “comb-over” actually might work

2. A Back Shaver: WHAT! Who in their right freakin’ mind would give their father a back shaver besides The Hunchback of Notre Dame’s kids. Or, the children of San Francisco Giants baseball pitcher Brian Wilson. 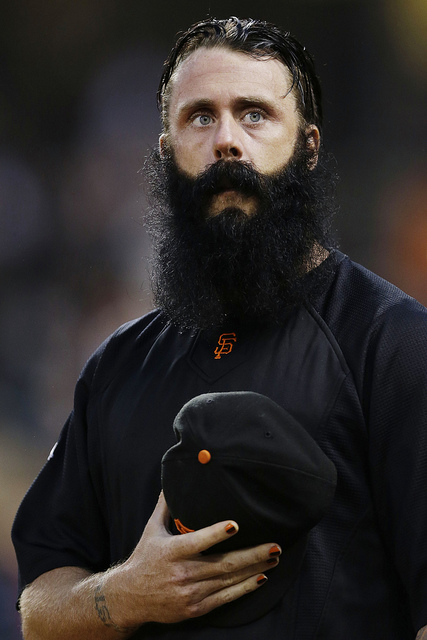 Um….how exactly do ya shave your back with a back shaver anyhow? Unless you’re a contortionist, have reallllly long arms, and can scratch an itch on your back with no problem. My better suggestion. A gold-plated embossed with his initials back scratcher. Hey……with all that hair he’s gotta have the need for one of those.

3. Cologne: They suggest letting dad pick put his own scent. Or, giving him a travel-sized kit with various scents. Because most men think that cologne is a personal thing.

Unless of course you really hate your dad, which many children do in this day and age, and rather than come right out and tell him your feelings, you could do it with a more subtle approach. Like “eu de toilette of skunk cologne.” Or perhaps “Yves St. du Swill.” Another popular fragrance which will give him the message that you’re thinking of him on Father’s Day, but only for a second, “Jovan White Mouse,” or “Shalimar’s Essence of Barf.”

4. Aprons: APRONS!  APRONS!!! REALLY!  Again, you’d have to be insane to give your dad an apron on Father’s day. Whaddya nuts! You give him a freakin’ apron and he’s gonna wear it when he hacks you to death if you’re that stupid. And in this instance, as in an earlier one, no jury is gonna convict that dad. 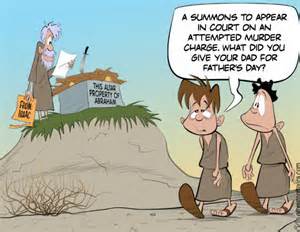 I personally think that if any kid gives their father an apron for Father’s day should face a firing squad or, at the least, be seriously flogged. Kids are NEVER too old to be flogged. Not enough flogging of kids going on today. Which is why there’s so many juvenile delinquents running rampant all over the place. Good flogging never hurt anyone. Just ask Zorro’s father.

5. Fancy Desk Accessories: Natalie says in her article that, “it’s an understandable thought when Dad is the definition of “The Man Who has Everything.” But he’d probably want something more fun to play with in  his office, like a toy drone helicopter or a desktop record player.”

Hmmm. Something to play with in his office. Um, forget the toy drone helicopter and the desktop record player. Instead, how about going to one of those temporary employment agencies and hiring a neat toy for your dad…..a secretary. Like the one pictured below. Beats playing with a drone or a record player.

6. # 1 Dad Anything: Meaning ANYTHING that has the saying, “# 1 Dad” on it. Unless of course it’s scribbled on the back of a thousand dollar bill. Or, ten one hundred-dollar bills. Or a check. They all work for me. Bet for every other dad on the planet too.

And….the final gift you should NEVER give your father on Father’s Day……………………

Yep, you guessed it correctly. 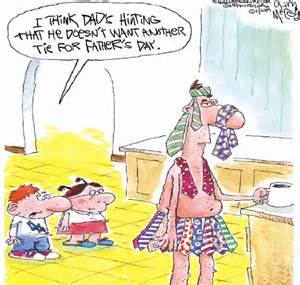 Look. Besides being the most lame Father’s Day gift on the face of the Earth and beyond, (even space aliens do not give other space aliens neckties) ties were invented in the 1600’s by a bunch of Croatians who just invented it so that they wouldn’t have to carry napkins around with them and simply preferred to tie a piece of cloth around their necks to wipe their faces with after eating very messy Croatian road kill.

I personally think it was carried over into the U.S. back in the old Wild West days when they used to hang cattle rustlers and bank robbers and they didn’t have any really good hanging rope. So they used cloth strung together from their shirt sleeves to hang them varmints, and, one really smart entrepreneur said to himself, “Goleeee, that there hangin’ varmint sure looks good dead an all with that cloth hangin’ around his neck.”

And at that point invented the necktie.

He, himself, was shortly hanged thereafter by a bunch of anti-tie vigilantes for inventing such a stupid piece of clothing that all women loved and men hated. 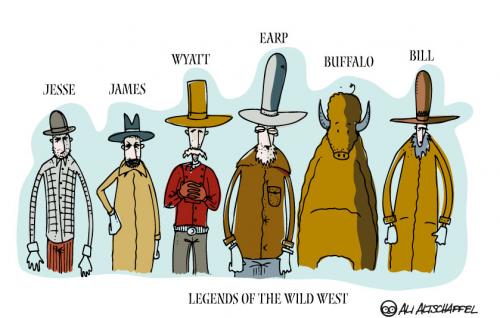 The anti-necktie vigilantes of the Old West

Which is why you should NEVER give your dad a freakin’ necktie or any of these other lame gifts for Father’s Day.

Otherwise, if you do, nobody’s gonna feel sorry for your sorry butt if they find you hanging from a tree too…………..with a necktie around your neck.

Former disc jockey, (Dick Jones) 30 years, and author of, "I Could Have Been Famous But Sex, Love & Life Got In The Way" available at Amazon.com books, & Kindle, "The Covert Chamber" a mystery novel available at Amazon.com and Barnes & Noble, and "Forgotten" the story of two WWI pilots who were forgotten for over 70 years available on Amazon.com and Kindle
View all posts by misfit120 →
This entry was posted in Uncategorized and tagged "Lucky Magazine, Croatia, drones, Father's Day, hair loss, Hunchback of Notre Dame, Jovan, S.F. Giants Brian Wilson, Shalimar, Yves St. Laurent, Zorro. Bookmark the permalink.