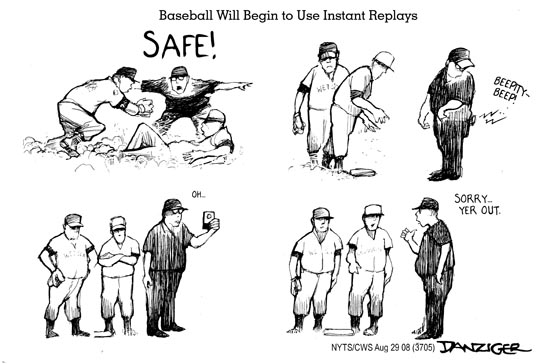 If you’re a baseball fan, this blog would be of interest to you as this has serious ramifications. Meaning that it could “ramificate” all over the place. Like past umpire bad calls during a baseball game. If you’re not into baseball…….stop wasting your time reading this blog and go out in the yard and plant flowers or something.

During a game between the Texas Rangers, (not the actual Texas ranger like Walker, Texas Ranger) and the Chicago Cubs at Wrigley Field, Carlos Villanueva was at bat with two strikes already called on him. Derek Lowe was pitching and had thrown a 2-0 pitch that appeared to be a ball.

BUT…..umpire Bill Miller went into what umpires usually do when they call a strike, which is yell out completely unintelligible sounds that sound like, “Strughhhgt!” and use all of their body muscles to get those words to come out of their mouth. Looks like someone having a massive stroke. 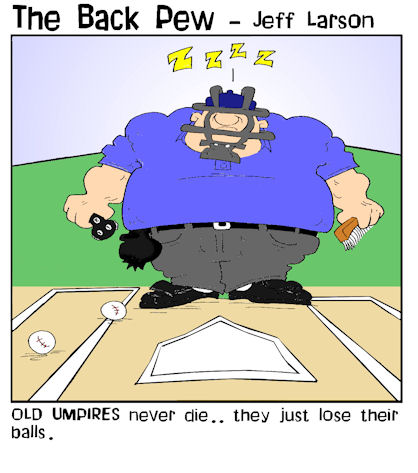 However, as the umpire made that call, he realized that,”OMG…it actually was a ball.” And, unheard of in baseball, he then changed his mind and called it a ball. Much to the surprise of Villanueva who was already exiting the home plate.

Villanueva just stood at home plate for a brief moment and looked on in bemusement for a moment until the umpire made it clear that he hadn’t called strike three, (at least all of the way) and the at-bat should continue.”

Me thinkith that Villanueva might have been saying under his breath, “WTF.” Or however you say WTF in Spanish. Carlos was born in the Dominican Republic so he may have indeed said “WTF” in Spanish or Dominican. Can’t be sure….close call there. 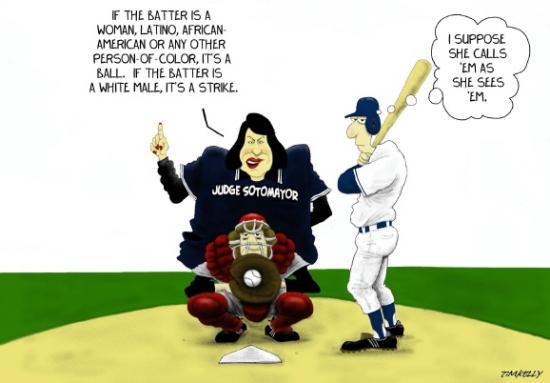 Sounds logical to me………

As it was, Villanueva struck out anyhow.  Which most likely prompted him to say to himself, again, in Spanish or Dominican, “WTF.”

What made this even funnier was the body actions of the umpire. Picture it this way. You’re playing golf, go into your swing, and as the club is in mid swing, you pause, your brain goes into “brain fart” mode, and you think for a moment, then decide, “Screw it, I’ll start over.”

Which is somewhat what happened to that umpire. He started to call a strike, paused halfway through his “I’m calling a strike pose,” realized that it was a ball, said to himself, “OMG, that’s really a ball,” then his entire life flashed before his eyes, and finally decided to call it a strike. Similar to having a near death experience. Which many umpires experience when making a bad call and several thousand baseball fans want to kill him.

Um…..no….but next time I’ll whisper it or just tap you on the shoulder

Yahoo sports reporter David Brown said that it’s possible Miller “may have created a new hit dance with his shifting feet.” Thinking of some new dance names like, “The Ump-Tusi,” or the “Funky Chickenump,” or the “Mashed-Ump-Tato.”

If you’re too young to remember the “Watusi,” take a look. 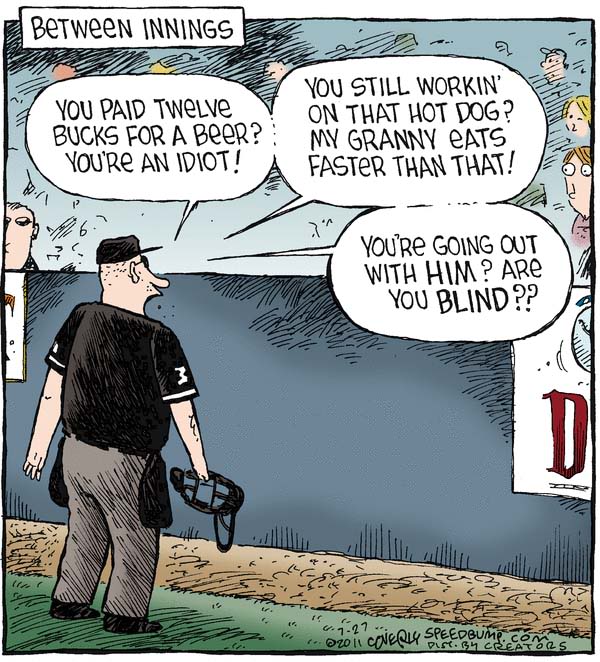 Umpires very rarely reverse their decisions. Which may account for the number of divorced umpires. Hey…if you’re not willing to admit to making a mistake on the baseball field, what the heck do you think it’s gonna be like when their arguing with their wives.

“Harry, I think I’d rather stay home tonight rather than go out and visit the Grosnicks.”

“Sorry dear, I made that call and it stands.”

“But Harry, you’re not on the baseball field. You CAN change your mind!”

“WHAT! Are you nuts. Umpires NEVER change their minds. A call is a call. I change one major decision and my career could be over.”

“Look you jerk…..if you don’t change your “call” in this instance, your “sex career” tonight will be over!”

Which, if I myself were an umpire, would be doing on a consistent basis.

Which is the major reason I could never be an umpire.

First of all I like to take my time making decisions. Not good if you’re an umpire.

Secondly, I could never wear black outfits like umpires do. I have four cats and I’d be covered in cat fur.

And lastly,  if my other half said to me before any baseball game, “Honeeeee, after the game ya wanna mess around,” I’d be calling strikes left and right just to get the game over quickly and get back home.

And, in conclusion……..my favorite umpire cartoon:

Former disc jockey, (Dick Jones) 30 years, and author of, "I Could Have Been Famous But Sex, Love & Life Got In The Way" available at Amazon.com books, & Kindle, "The Covert Chamber" a mystery novel available at Amazon.com and Barnes & Noble, and "Forgotten" the story of two WWI pilots who were forgotten for over 70 years available on Amazon.com and Kindle
View all posts by misfit120 →
This entry was posted in Uncategorized and tagged baseball, Carlos Villanueva, Chicago Cubs, Derek Lowe, Dominican Republic, Justice Sotomayor, Texas Rangers, The Watusi, Umpire Bill Miller, umpires, Wrigley Field. Bookmark the permalink.