Hey Clem. If ah lean over into Colorado can ya sell me a joint….

First of all let me state that if I for one, had a last name that I thought sucked, as does Colorado Governor, John Hickenlooper, (my personal opinion) I’d be in name change court in a heartbeat. Kinda like having some of those other names that make you snicker when you see them in the news. Like, “Lipshitz,” “Finkman,” and a few others that are actually real people who do not have enough sense to have their names changed. Cripes, I get all kinds of flack just because my first name is “Dick.”

And if I hear one more person say to me, “Hey, got any gum on ya Dick,” I swear I’m gonna pound the livin’ daylights outta them.

So, even though Governor Hickenlooper’s name isn’t THAT bad, it still makes me snicker. And as I write today’s blog, I’ll include some real life people’s names and photos in here just to make my point. Starting with the one below.

Geez….Hickenlooper doesn’t really sound so bad after all.

So what’s with Hickenlooper and fracking? Well, as we all know, fracking is NOT when you and some hot chick make out in a motel room. And it’s ok to say “fracking” on TV. Although in the deep South I think they do call it fracking. The motel/room/hot chick stuff that is.

Fracking is a hydraulic controversial process of injecting, (almost like sex) water, sand and chemicals underground at very high pressure to release natural gas. (same as sex) Most companies however have declined to reveal what components make up their fracking fluids, (same as sex) calling them “trade secrets.” (same as sex) 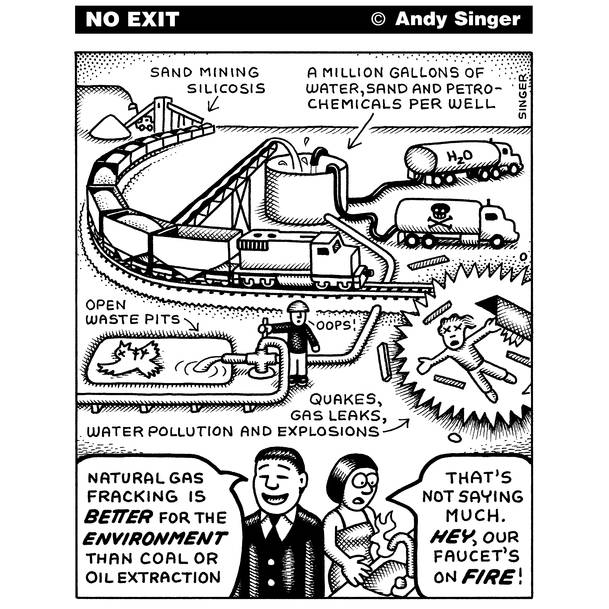 But Colorado Governor John Hickenlooper claims that he has actually had a drink of fuc….oops…sorry….fracking fluid. He obviously did this to show his support for fracking.

His comment before the Senate Committee on Energy and Natural Resources: “You can drink it. We did drink it around the table, almost ritual-like, in a funny way.”

The governor testified that it wasn’t “tasty” but added, “I’m still alive.”

For now at least.

Just as a precaution, if I were Hickenlooper’s wife, I’d be taking out a gazillion dollar life insurance policy. Can’t hurt.

Um, actually I think GOD meant thou shalt not f**k.  At least while fracking.

However, Hickenlooper is not the first person to drink fracking fluids. Halliburton Co. CEO Dave Lesar had a company executive try the fracking fluid recipe “CleanStim,” by drinking it at a keynote speech at a conference held by the Colorado oil and gas association.

You’ll notice that the CEO, Lesar, “offered up” a “company executive” to do the fracking drinking.

“OK Marvin, I want ya to get up here on the podium and show these gas and oil association people that drinking fracking fluid is completely safe.”

“Um, you want ME to drink that fluid?”

“Yep, it’s completely safe and I need to prove a point here, so here’s the glass, and drink up with a really hearty gulp Marvin.”

“Hey….how come you’re not drinking this stuff? You’re the CEO?”

“Yes I am. But I’m not fracking stupid ya know.”

There was no mention in this story as to if the company executive offered up in that sacrifice has been seen since or is still alive.

Nor was there any mention as to if Governor Hickenlooper beat feet to the nearest emergency room after drinking fracking fluid and had his stomach pumped.

Sooooo…..what is it exactly you do under that long black robe judge?

I personally do not think I would drink anything that’s pumped into the ground that contains water, sand and chemicals regardless of how much I wanted to impress anybody. Unless I was stranded in a desert somewhere and came across an oasis surrounded by sand dunes. Unless I happened to spot a bunch of dead camels and Bedouin skeletons strewn all over the place.

Senator Al Franken, of Minnesota, (his name may have originally been Al Frankenstein but he had enough sense to have it shortened so he could run for the Senate) said that he found humor in the governor’s admission, (probably his name too) and asked if the experience was part of some bizarre occult practice.

The Governor responded: “No, there were no religious overtures.”

But I bet he prayed after drinking that fracking fluid that he wouldn’t suddenly grow hair all over his face, have his eyeballs fall out, grow long fingernails, and start spurting out a substance that resembled oil.

Hmmm. I don’t feel so bad about my name being “Dick” now.

I’m not sure what the final outcome of fuc…um….fracking will be. To frack or not to frack. That is the question.

To change your name to “Hick” or simply “Looper” isn’t much of a choice either, but that’s the other question.

Perhaps, such as in changing one’s name from “Frankenstein” to “Franken,” which worked great for Senator Franken, might still be an option for Hickenlooper.

But what to change it to?  Maybe a combination of “Hicken and Looper.”

Or, which I really like, Governor John Hic. Which would really go along great if he decides to drink some of that fracking fluid again. Hic*

Former disc jockey, (Dick Jones) 30 years, and author of, "I Could Have Been Famous But Sex, Love & Life Got In The Way" available at Amazon.com books, & Kindle, "The Covert Chamber" a mystery novel available at Amazon.com and Barnes & Noble, and "Forgotten" the story of two WWI pilots who were forgotten for over 70 years available on Amazon.com and Kindle
View all posts by misfit120 →
This entry was posted in Uncategorized and tagged Al Franken, big oil, Colorado, fracking, Frankenstein, Governor John Hickenlooper, Hlliburton, marijuana, Minnesota, occult. Bookmark the permalink.