“Snaggletooth.” Get Ready….It’s The New Craze.

Just to clarify things here folks, “Snaggletooth,” this new craze I’m about to enlighten you about has nothing to do with “Snaggletooth” the dog. (below)

It has everything to do with actually having a “snaggletooth,” which is a tooth, which, I guess, can “snag” things. Hence…a “snaggletooth.”

A prime example of a severe case of “snaggletoothtinitus” is pictured below.

Be still my heart.

Now that I’ve completely ruined your breakfast or any other snack you may have been munching on, unless this guy’s pic above sort of resembles you, which in that case, I’ve made your day, then you need to read on because things aren’t really that bad if you DO resemble that guy.

Why?  Because snaggletooth or teeth are the in thing. YES! The new craze sweeping Japan. That guy pictured above could be the next hunk Japanese women swoon over. Or barf, depending on certain Japanese women’s tastes.

So here’s the scoop. And I’m only reporting on this today because, as we all know, if a fad or trend takes off in Japan, it’s only a matter of time before it hits the U.S. So…ya might wanna be the first to be snaggletoothed at the next party you go to. You’ll really impress all the ladies. Trust me on this one.

According to Yahoo’s “Shine,” in an article by Jessica Ferri, Americans regularly fork over $5,000 to fix a crooked smile with braces. But, in Japan imperfect teeth are becoming a thing of beauty. Japan’s beauty trend, called, “iseuke-yaeba,” similar to Yogi Bear’s, “Yabba-Dabba-Do,” has reached a fever pitch with young women who are paying hundreds for snaggleteeth. Go figure.

The Japanese dentist who came up with this idea, Taro Masuoka, says, “Ah so….a lot of my patients are fashion-conscious and are very cute. I wanted to find some way to take advantage of this, so I formed, “TYB48.” (a Japanese pop girl group) I guess he means he formed the group to show off his snaggleteeth creations.

The group had a recent hit single called, “Mind If I Bite,” which turned the child-like vampire mouth into a phenomenon. Which of course gives new meaning to the phrase, “Bite Me.” 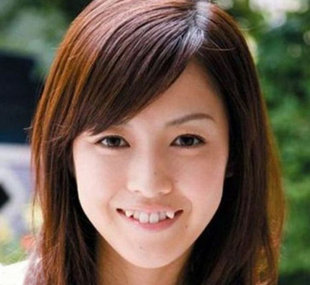 Somehow it wouldn’t sound so threatening if this girl said, “I vant to bite your throat.”

Masouka claims that having snaggleteeth gives his patients an “impish beauty.” Yeah, kinda like that guy pictured above. Geez….doesn’t he really look impish? Perhaps Masouka could also start a snaggletooth dating service. Kinda like “E-Harmony” or “Christian Mingles” (or is it “Singles”) except in this case it could be called, “SAMWYS.” (Snag A Mate With Your Snaggletooth.” Kinda catchy don’t ya think.

Ah….the beauty of it all.

So how exactly does Doctor Toothenstein perform this procedure? What he does is cement exaggerated veneers onto each canine tooth to give the snaggletooth effect. The same procedure to glue plywood veneers onto surfaces, but, in this case, without the splinter effect.

However, although this is the current craze in Japan, Dr. Michael Sinkin, a Manhattan dentist, who wants his comments to “sink in” with you, says that the snaggletooth idea will not catch on in America. And another cosmetic dentist, Dr, Joseph Banker stated that the health risks just aren’t worth it. And, according to a 2012 study by the University of Texas, 40% of people said that they would not date a person with crooked teeth. And that people with straight teeth are trustworthier.

Huh?  People with straight teeth are trustworthier? Hmmmm……we really gotta start paying attention to politicians who have either straight or crooked teeth so that we can see which ones are trustworthier. Might wanna check out your spouse or partner while you’re at it.

“Hey….you’ve been lyin’ to me through your snaggleteeth for ages haven’t ya!”

However, the article cites celebrities such as Kirsten Dunst, Anna Paquin and all those vampire hunks on “Twilight” as possible reasons for getting a mouth full of snaggleteeth. If only to gnaw on tough food or to leave a really impressive hickey on someone’s throat. 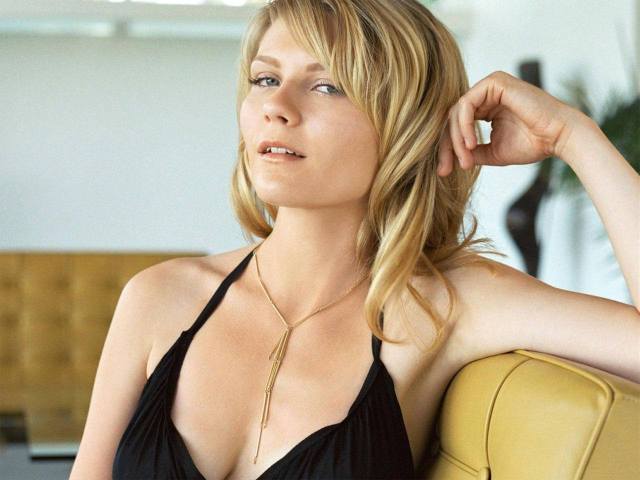 Kirsten Dunst and her barely visible “snaggletooth.” You ARE looking at her TEETH aren’t you?

So all in all, as snaggleteeth go, I guess it’s a matter of personal preference. If you really like being distinctive, then snaggleteeth might be the way to go. There are a lot of advantages.

Such as hitting on Kirsten Dunst or Anna Paquin citing your common attributes…..snaggleteeth. Or, auditioning for a part in “Twilight.” Or, starting your own hickey throat business by offering really ugly people the opportunity to display a really good-looking hickey on their necks so that other people, who think they’re ugly, might have second thoughts seeing that hickey.

“Boy….is that guy over there realllly ugly!”

“Yeah, but look at the size of that hickey on his neck. Wow….he must really be great in bed.”

Ya gotta hand it to the Japanese when it comes to new and unusual fashion trends. But what’s next?

Perhaps the “gummy look.”  You know, no teeth at all. Wouldn’t have to worry about it catching on in America either. Considering a lot of Americans presently wear dentures. And absolutely love “Gummy Bears.”

Especially with a good set of snaggleteeth

Here’s a tip for some of you entrepreneurs looking for a new start-up business before the Japanese get their hands, or snaggleteeth on it. The “toothless” look. I’m tellin’ ya this could be a huge moneymaker. Start out in Florida where a lot of seniors reside who wear dentures and you’ve already got people who can demonstrate the new look. Tie it in with the “Gummy Bear” candy company and it’s a sure-fire winner.

A common occurrence at the Osmond family retirement home in Florida.

I’m personally going to wait till the Japanese come up with a new fad. Like the short bald wrinkly faced hair growing on your nose and ears look to catch on.

Boy am “I” gonna be in demand.

Former disc jockey, (Dick Jones) 30 years, and author of, "I Could Have Been Famous But Sex, Love & Life Got In The Way" available at Amazon.com books, & Kindle, "The Covert Chamber" a mystery novel available at Amazon.com and Barnes & Noble, and "Forgotten" the story of two WWI pilots who were forgotten for over 70 years available on Amazon.com and Kindle
View all posts by misfit120 →
This entry was posted in Uncategorized and tagged " Japan, "Christian Singles", "Shine" "Yahoo, "TYB48, Anna Paquin, braces, dentists, Dracula, E Harmony, Gummy Bears, Kirstin Dunst, Snaggletooth, teeth, Twilight, vampires, Yogi Bear. Bookmark the permalink.