Elvis Has Been Dearly Departed Since 1977. Um…Do People In Utah Know That?

As Elvis used to sing, “There’ll be Peace In The Valley,” …..oops…..sorry Elvis, no peace in this valley. Notably West Jordan, Utah, where, they may or may not have any valleys, but there’s no peace among educators who cancelled a school production that featured one of those awfully sexually suggestive Elvis Presley songs.

Pssssst. See that kid over there…I hear he’s got an iPod in that there bag and listenin’ to sexually suggestive Elvis songs.

Lets see. What song could it have possibly been that upset one parent so much that she/he complained to the school department which led the schools educators to cancel the high school drama production.

Hmmm. How about, “Hound Dog.” Yeah, that’s it, “Hound Dog.” Everybody in Utah must have their own hound dog and may have been very upset that the song portrays hound dogs as “cryin’ all the time” and that some of them have never caught any rabbits. You know how attached those people in Utah are to their hound dogs.

Um, then again, hound dogs have nothing to do with sex, and the news item did say that the school educators were concerned that the song was “sexually suggestive.”

Let’s see, perhaps it was “Love Me Tender,” because Elvis sings about being loved tenderly. or, “Let Me Be Your Teddy Bear” because its suggestive in that it may lead some students to considering having a relationship with a stuffed animal. Ya never know.

Or, maybe it was the song “One Night,” which may, in the eyes of those educators, suggest that one night stands are ok. (a “one night stand,” has nothing to do with opening a lemonade stand for one evening in front of your house on a hot summer night) Look it up.

HAH!  I’ll bet it was the song, “Kissin’ Cousins.” Sure as fire all those educators figured out that Elvis was suggesting that it’s ok for kissin’ cousins to kiss and possibly become involved in a serious relationship. Yeah…..allow THAT suggestive song in that school drama play and the next thing ya know all sorts of cousins will be kissin’ one another and all the rules about no kissin’ cousins goes down the drain. Can’t have that for Gawd’s sake!

How sex ed-u-cat-tion is tawt in Utah schuls….

Maybe I’d better check out that story further just to clarify which offensive song it was that they objected to.

Sexually suggestive lines like, “lips are like a volcano that’s hot.”  Cripes, I get all excited thinking about hot volcanos all the time. Why just the other night I was watching a National Geographic program about hot volcanos and immediately got sexually aroused by all that hot lava…..flowing…..steaming……thinking about my other half’s lips……hot…..steaming……um….er……neverrrrr mind.

So what was the other line in that song that upset them,. Oh, here it is, “”I’m proud to say she’s my buttercup. I’m in love. I’m all shook up.” 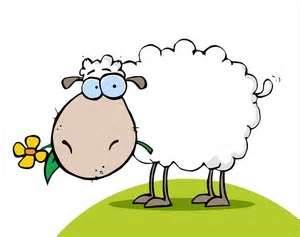 WHAT? Sheep can’t find love too?

Or  was it dandilions….not sure on that one.

Now I completely understand the concerns of those educators. Thank Gawd they stepped in just in the nick of time. Whatever a “nick” is. Who knows what other sexually suggestive songs may have been in that play.

Songs like, “Surrender,” (suggesting, “Give in, I haven’t a lot of time to mess around here”)

“Heartbreak Hotel,” (suggesting that both of you get a room for the night)

“Wear My Ring Around Your Neck,” (suggesting bondage)

“It’s Now Or Never,” (suggesting that “Hey, I’ve only got a half hour before my wife comes home, ya wanna mess around?”)

Or, Blue Suede Shoes,” (not sexually suggestive, but perhaps breaking the Utah school’s dress code rules that may suggest that Blue Suede shoes may indeed suggest that you’re suggesting something sexual by wearing blue suede shoes) 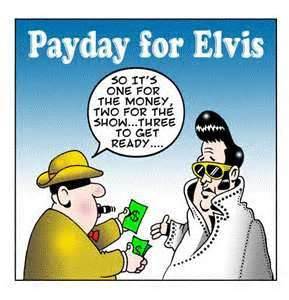 See, all sorts of suggestive lyrics and song titles those educators have to be concerned with. Good thing they caught that in time.

But ya know. I kinda feel bad for those kids who must have taken a lot of time and creative effort to put that drama play together. And to then have those namby pamby educators, and that one lacking in oxygen to the brain parent put a stop to all their efforts.

Yeah! You all know what I’m talkin’ about you damn educators, and that one stinkin’ parent. You won’t be happy till those poor kids have to be relegated to using a Pat Boone song like “A Wonderful Time Up There,” because it’s about religion and all that stuff and Pat Boone is an honest to goodness unstandin’ no sexually suggestive lyrics in my songs type of guy.

Hey kids…um…..agree to the Pat Boone songs and use this one…..

“At My Front Door” (Crazy Little Mama) It’ll drive those educators up the freakin’ wall. You know, crazy little mama’s knockin’ at somebody’s door can be verrrrry sexually suggestive.

While you’re at it……..tack up this pic of Pat just for good measure. Heh, heh.

HEY! Utahans……ya wanna hear something that has sexually suggestive stuff in it!  Feast your censoring ears on this one ya damn dummies……….

(DONATE) The totally sexually suggestive MisfitWisdom PayPal donate link is sexually and suggestively posted below. If it is not highlighted, (blue) it might be due to censors who thought it may be too sexually suggestive for you to see. In that case, simply copy, caress, fondle, and have your way with the link and copy and paste it tenderly into your browser. Which will obviously show that you care enough to “Love Me Tender” and  actually make a donation.

Former disc jockey, (Dick Jones) 30 years, and author of, "I Could Have Been Famous But Sex, Love & Life Got In The Way" available at Amazon.com books, & Kindle, "The Covert Chamber" a mystery novel available at Amazon.com and Barnes & Noble, and "Forgotten" the story of two WWI pilots who were forgotten for over 70 years available on Amazon.com and Kindle
View all posts by misfit120 →
This entry was posted in Uncategorized and tagged ", " "All Shook Up, " "Love Me Tender, " "One Night, " "Surrender, "Blue Swede Shoes, "Heartbreak Hotel, "Hound Dog, "It's Now or Never, "Kissin' Cousins, "Teddy Bear, "Wear My Ring, 'I Need Your Love Tonight, buttercups, Elvis Presley, flowers, National Geographic, Pat Boone, rock & roll, Sylvia, Utah. Bookmark the permalink.