OMG! I Could Be Dead After Writing Today’s Blog. 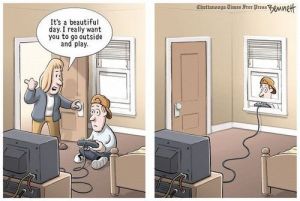 The only way I got to write today’s blog.

Every so often a crazy thought enters my mind….which I then write about. But usually it’s a pretty safe bet I’m not gonna get pulverized by my other half for writing about various things because she already knows I’m basically nuts, and for the most part, besides just ignoring me, lets me write whatever it is that the voices in my head tell me to write.

In this instance, the voices said, “Hey stupid…why not pay a tribute to yer other half by honoring her on her birthday today.”

So, I answered those little voices in my head and said, “Hey, who the hell is gonna want to read a blog about my other half when she never does anything worth writing about?”

At which point the voices in my head responded, “Oh yeah…what about the time she went to the store with her bedroom slippers on but called “YOU” a fool for saying you thought you might have left the stove on. Or the time you were cleaning the windows outside, fell off the ladder and she was inside laughing hysterically. Or the time you picked up the TV remote, thought it was the portable phone and said “hello,” and called you an idiot. Or the time you wore your shirt to the casino inside out and never told ya until a bunch of other people looked at you and snickered.”

OK….OK…..I get it  already. I’ll write the damn blog for cripes sake.

Today is my other half’s birthday.

Her actual name, which I rarely use in my blogs, is “Leilani.” Which, as you may have guessed is Hawaiian. No, she’s NOT Hawaiian but got saddled with that name because her father was in the Army, stationed in Hawaii, met his future wife there, (Leilani’s mom…of course….duh) and then as things happen,  Leilani was born, and figured, “What the hell…..let’s name her after a Hawaiian flower.” Thus, the name “Leilani.” Which, when translated means “heavenly flower.”  Good thing they don’t have cactus on Hawaii.

We first met many eons ago but at that point she only gave me a quick glance and muttered something to one of her friends, “I think I have to burp.” It was either that or I misread her and what she actually said was, “Who is that little twerp?” Can’t be absolutely sure on that one.

But that was it. She went her way, which was to the nearest exit….very fast, and I went my way, which was back to ogling other women. Yes, I was shallow back then too.

Years later, 22  to be exact, we crossed paths once again. I looked at her, she at me, then she to her friend, and I thought she whispered to her friend, “Who is that little twerp?”

But THIS time she WAS burping. Which immediately caught my attention as I then sauntered over to her table and offered her a “Rolaids.” True love was on the horizon. As was her acid indigestion. So, I offered her another “Rolaids” and it seemed to work. I became her knight in shining armor….or a little twerp with some acid indigestion relief. Whatever.

We’ve since been together for 12 years and haven’t killed each other yet. Only because neither one of us wants to left alone to feed and take care of five stinkin’ freeloading cats.

Lei today……..next to the little twerp. 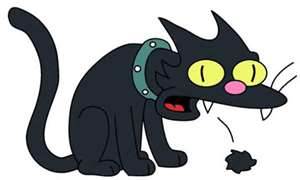 You can thank them later…………

That, and the realization that because we’re both so damn old, wear bifocals, have grey hair, (she does, I’m balding) or is it the other way around….hmmm….can’t be too sure…don’t have my glasses on, that who the hell else would want us. And, on top of that, with the technology age progressing faster than we both can keep up to, we depend on each other to figure out how to work all these new devices. 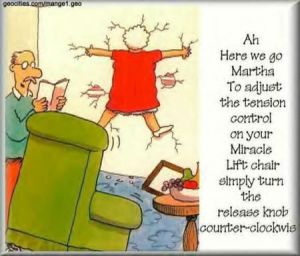 Of course the only other downside of getting older and having another birthday are those medical schools that keep sending us letters to donate our bodies to them for the sake of science. Bastards.

Probably a scientific study on why old people burp and fart. My guess anyhow. 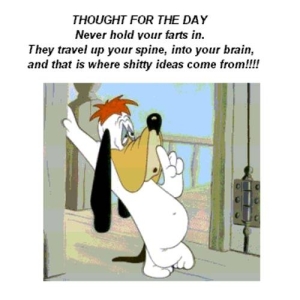 But, all that said, I can’t think of another person I’d rather share the rest of my life with than Leilani.  Other than some older woman with a gazillion bucks with one foot on a banana peel. HEY! If my other half lusts over that French guy in that M & M commercial, what the hell!

Her favorite hobbies are crocheting, knitting, reading books, cheating at solitaire, weekly trips to the town dump, penny slot machines, and crossword puzzles. That last one, crossword puzzles, is how I got the idea to start my own blog after discovering, while doing a crossword puzzle myself, what the freak a blog was.

I’m good at writing but suck at doing crossword puzzles.

But, we’re both very compatible. We even like to read books at bedtime. 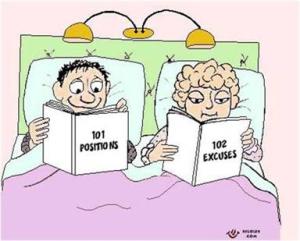 So, I’ve picked out some of her favorite songs, and…..um…..only posted a few of them in today’s blog. Only because she has absolutely no taste when it comes to oldies….which we both are….so I had to make these musical choices. Trust me on this one folks.

I threw in THIS oldie, (below) just to purge my brain of Ricky Nelson songs and to retain my sanity:

So, Happy Birthday Lei…….I’m sure your day will be filled with joy and happiness as you open your birthday cards and enjoy the special “AARP” decorated birthday cake I made for you with allllllllllllllllllllll those candles…um….oops…………….

(DONATE) The twerpy little MisfitWisdom PayPal donate link is posted below. If it is not highlighted, (blue) you should know by now how to copy and paste it into your browser to get to the PayPal site. Unless today’s technology, like how to copy and paste something, is too much for you to comprehend. Which may be why I never receive any donations. because my readers are too freakin’ old to learn anything else. (sigh)

(NOTE) THIS is what an actual “DONATE” button from PayPal looks like. However, because the “WordPress” monkeys haven’t figured out how to incorporate it into their blog site, and, because I’m too stoopid to figure it out as well, is the reason you have to “copy and paste” should you wish to donate. I know….fat chance bozo.

Former disc jockey, (Dick Jones) 30 years, and author of, "I Could Have Been Famous But Sex, Love & Life Got In The Way" available at Amazon.com books, & Kindle, "The Covert Chamber" a mystery novel available at Amazon.com and Barnes & Noble, and "Forgotten" the story of two WWI pilots who were forgotten for over 70 years available on Amazon.com and Kindle
View all posts by misfit120 →
This entry was posted in Uncategorized and tagged birthdays, crocheting, crossword puzzles, hawaii, knitting, M & M's, new technology, Ricky Nelson, Slot Machines, The Beatles. Bookmark the permalink.