NOT a car dealership selling Mustangs or a ranch raising horses.

YES! A sex story with no scandal attached to it. How unique is THAT!

Lance Gilman is a very successful businessman and has dozens of employees. The perfect candidate for political office. An upstanding citizen of Reno whose business contributes significant taxes to rural counties. And….he’s NEVER tied a dog to the roof of his car. Yes….the perfect candidate.

Lance Gilman with a couple of his “employees.”

Um…did I fail to mention that Lance is the owner of the “Mustang Ranch?”

Yes, I know. You’re saying to yourselves, “Hey, so what. A lot of car dealers who sell Mustangs have run for political office. What’s the big deal?”

The big deal here folks is that the “Mustang Ranch” is NOT a car dealership selling Mustangs, but a brothel selling, or should we say, renting, other kinds of things that one may ride. In a manner of speaking of course. Namely prostitutes. Because, in Reno, Nevada prostitution is legal. Henceforth and forsooth Lance can be considered a prominent businessman.

“So look buddy, ya buy this car and I’ll throw in two hookers for the night.”

AND…with those credentials, run for office. Which he did, and was elected as Storey County commissioner by a wide margin. Perhaps using the old campaign slogan, “a chicken in every pot,” tweaking it a bit to read, “a prostitute in every room.” Works for me.

“He’s in rare company.” said Nevada historian Guy Rocha. “Of course, it’s going to be rare because the business of selling sex for money is illegal in every other jurisdiction in the United States except in Nevada. Kinda like writing a book about a General, which is totally legal, unless, somehow classified documents wind up in your home.

“Oops….geez, sorry Senator, I have no idea how the plans for new nuclear weapons just happened to get into my purse.”

I’m of course referring to General David Petraeus’ biographer and author Paula Broadwell, who, so far, has been cleared of taking any real sensitive classified information home with her. Except for the General himself.

Always ahead of his time, President Clinton’s idea was ultimately rejected by the Secret Service who already had their own “secret” female agents in Columbia

Gilman has contributed more than $5 million dollars to the county’s budget over the past decade according to the AP news story. His brothel has 44 employees, and 30 to 80 working girls, depending on the season.

WHAT!  Prostitution has seasonal ups and downs?

Well, I guess if it’s cold out there in Reno and you are a conservative when it comes to your heating bill, those “ups and downs” during the cold weather could be far and few in between. You know…one, two, three, and you’re out the door. Goose bump factor. Not very good for the brothel business in cold weather.

Gilman attributes his victory to entrepreneurial experience. This does not mean extensive experience with hookers, but the fact that his businesses include business parks, a Harley-Davidson dealership, (might as well go “full hog” and ride other stuff that gets one’s testosterone revving up) and he has master planned communities in California and Nevada. None, I assume, are master planned hooker communities. Although, considering the attraction, I myself might be inclined to retire to one of those communities.

Not to mention the danger of being mugged by some old bingo broad.

Now if you’re thinking of a planned trip out to Reno to visit one of Gilman’s brothels, there are other attractions there as well. When your done brotheling. (my word) On the grounds of the Mustang Ranch, podner, are two restaurants and a nightclub. Jusssst in case you wanna go back for seconds at the brothel and need a little time to re charge your batteries. I’m not talkin’ about car batteries here.

However, there are some detractors. I call them “goody two shoes”….already ready to throw some cold water on some steamy hot sex. Damn SOB’s.

Senate Majority leader Senator Harry Reid, (D) Nevada, took aim at the world’s oldest profession, telling state lawmakers the time has come to have an adult conversation about Nevada’s legal sex trade if the state hopes to succeed in the 21st century.

When the nation thinks about Nevada, Reid said, “it should think about the world’s newest ideas and newest careers…..not about its oldest profession.” 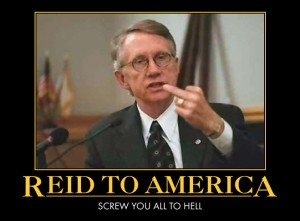 What he actually meant to say was, “Screw you all to the Mustang Ranch….hell…..I’ll meet ya there.”

I kinda disagree with the good Senator considering some of the world’s oldest professions are crumbling by the wayside and we, as a nation should stand up for them and offer our support. Like “Twinkies” and “Hostess Cup Cakes,” which may not be one of the “oldest” professions, or companies, and doesn’t employ hookers, but still is a cherished and respected institution, or company.

Nothing like a good “Twinkie” or “Hostess Cup Cake” after some really good sex…….in Nevada….at the Mustang Ranch brothel.

Lighten up Harry. The guy is contributing $5 million to the county’s budget for cripes sake. And his “screwing” enterprise is a lot more legitimate than the screwing all of us get from politicians in Washington. AND…..Washington’s doesn’t feel as good either. Gilman responded by saying that illegal prostitution is rampant across the country, and it makes more sense to legalize and regulate it. He says bordellos pay significant taxes to rural counties and the women are regularly checked by doctors.

Gilman says, “I use the term “caregivers” for our industry. The public has no idea, but so many of the men we deal with are damaged or widowed or in need of kindness. The industry is so much more about providing care and human nurturing than anything else.”

The kindness….the compassion…..the human nurturing…..the providing care…(sniff)….Damn……I don’t care if this guy is a Democrat or a Republican. If HE ever runs for President, he’s got my damn vote.

(DONATE) The MisfitWisdom PayPal donate link is posted below. If it is not highlighted, (blue) (red) if you’re in a brothel, simply copy and paste the link into your browser, when you’re done doing that nurturing and compassion stuff, to get to the PayPal site. (No hookers or their customers were harmed during the writing of today’s blog)

Former disc jockey, (Dick Jones) 30 years, and author of, "I Could Have Been Famous But Sex, Love & Life Got In The Way" available at Amazon.com books, & Kindle, "The Covert Chamber" a mystery novel available at Amazon.com and Barnes & Noble, and "Forgotten" the story of two WWI pilots who were forgotten for over 70 years available on Amazon.com and Kindle
View all posts by misfit120 →
This entry was posted in Uncategorized and tagged Bill Clinton, bingo, brothels, General David Petraeus, Harley-Davidson, hookers, Hostess, Mustang Ranch, Nevada, Paula Broadwell, prostitution, Reno, Ron Paul, Senator Harry Reid, Twinkies. Bookmark the permalink.