“Rover” To Land On Mars. Does Mitt Romney Have Anything To Do With This?

When I first saw the news story about “Rover” landing on Mars, my first thought was that somehow Mitt Romney had made a deal with NASA to launch his dog into outer space so that he could gain some political momentum in his campaign. After all, his dog survived being strapped to the roof of Mitt’s car while it was doing 60 MPH on the Massachusetts Turnpike, so why not take it a step further and volunteer the dog to go to Mars. He’s already had all the training he needs.

HEY! If ya can survive being strapped to the roof of a car doing 60 MPH what the hell are a few more outer space “G” force effects gonna do to ya!

Then, sadly, I read the entire story and discovered that “Rover” was not Mitt Romney’s dog, because his dogs name is Seamus and that “Rover” is a vehicle designed by those brainiacs at NASA which will land on the red planet this weekend if all goes according to plans. It’s called, “NASA’S Mars Science Laboratory,” (MSL) spacecraft with “Curiosity Rover.”

I chose the wide shot photo of the “Rover” (below) because it looked more intimidating than all of the other photos, and, if there is life on Mars, and some Martians just happen to have access to my blog, (ya never know) and they see this photo, they might be frightened at the sight of this huge monster type thingy and surrender immediately when it lands.

Bring  it on you stinkin’ Martians….Grrrrrrr.

For those of you wishing to follow this landing, it’s scheduled to park itself on Mars at 1:61 am EDT on August 6th. (I have no idea where they got that 1:61 time from, unless they bought one of those cheap watches you can usually by for a song at Times Square in New York City. However, if you live on the West Coast, the landing is at 10:31 pm PDT on August 5th. 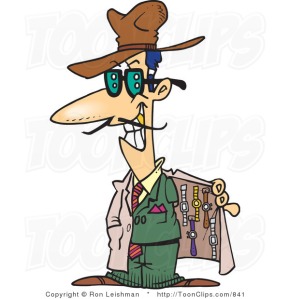 Sooooooo, if you really like watching Mars Rover landings and don’t wanna see it on a replay on TV, you could actually watch it live while you’re on the West coast on the 5th, then hop on a super fast plane, land in New York, and then watch it live again on the 6th. How neat is that!

A blonde and a redhead met for dinner after work and were watching the 6 o’clock news. A man was shown threatening to jump from the Brooklyn Bridge. The blonde bet the redhead $50 that he wouldn’t jump, and the redhead replied, “I’ll take that bet!”

Anyway, sure enough, he jumped, so the blonde gave the redhead the $50 she owned. The redhead said, “I can’t take this, you’re my friend.” The blonde said, “No. A bet’s a bet.”

So the redhead said, “Listen, I have to admit, I saw this one on the 5 o’clock news, so I can’t take your money.”

The blonde replied, “Well, so did I, but I never thought he’d jump again!”

The mission of the “Curiosity Rover” is to analyze samples of rocks, soil and the atmosphere of Mars. Any landfill sites discovered on the planet will also be analyzed. 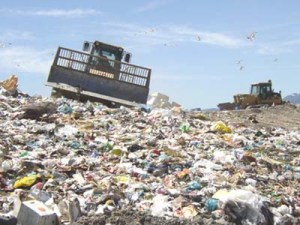 It will also investigate whether Mars has ever offered environmental conditions favorable for microbial life.  (microbial life: the stuff that comes out of your nose when you sneeze…….jussssst in case there’s no one home on Mars but they find traces of Martian sneezing microbes) If those Martians are, or were a bunch of litterbugs as we are here on Earth, the “Rover” should have no problem finding an old “Kleenex” tissue or two lying around full of old microbes.  My theory anyhow.

So “Star Trek” followers and microbe collectors, plan for an exciting outer space weekend in front of the tube as faithful “Rover” descends upon the Red Planet. Geez….I can hardly wait.

“Hmmmm…..wonder if the ASPCA would get upset if I strapped a few of these Tribbles to the roof of the Enterprise?”

Just on the very slim possibility that Mitt Romney may have volunteered his dog for the trip and it’s all a political stunt to boost his run for the Presidency, I’m alerting the ASPCA to keep a very close eye on this landing.

Only because I think it’s very strange that Mitt hasn’t been seen lately with his dog strapped to the roof of his car.

(DONATE)  The completely extra terrestrial MisfitWisdom PayPal donate link is posted below. If it is not highlighted, (blue) it may be due to the fact that microbes have eaten away at the link.  It happens on occasion. Fear not!  Simply copy and paste what’s left of the link into your browser and it will take you to the PayPal site. Look for the Captain Kirk ATM PayPal donate machine.

Former disc jockey, (Dick Jones) 30 years, and author of, "I Could Have Been Famous But Sex, Love & Life Got In The Way" available at Amazon.com books, & Kindle, "The Covert Chamber" a mystery novel available at Amazon.com and Barnes & Noble, and "Forgotten" the story of two WWI pilots who were forgotten for over 70 years available on Amazon.com and Kindle
View all posts by misfit120 →
This entry was posted in Uncategorized and tagged ASPCA, blonde jokes, Captain Kirk, Mars, Martians, Mass Pike, Mitt Romney, NASA, Star Trek, Tribbles. Bookmark the permalink.