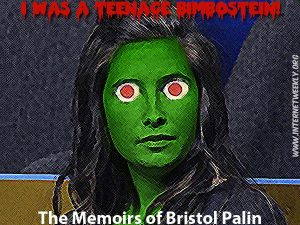 Soon to be on “Lifetime” TV

There is simply no justice in this world. None, zippo, nada, zilch. Um….except for those nine justices who sit on the Supreme Court dressed in their scary vampire robes completely naked underneath and who decide what’s good for all of the rest of us.

Which is the main reason I never paid much attention in school because I knew I’d never have to make any decisions of importance other than what to eat and who to have sex with. All of the other major decisions eventually would be decided for me. Which, is another reason I became a professional disc jockey…no brain required there.

My usual seat in elementary school

Which, brings us to others who followed my path, which was, be the class clown, eat and have sex……not necessarily in that order. 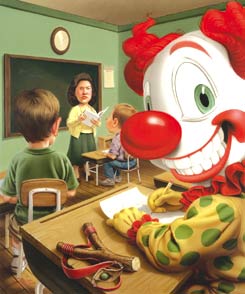 Photo taken of me in junior high.

I’m throughly convinced that I was not the only brain-dead kid in school following that philosophy. I’m just about 100% certain that the powers that be at “Lifetime Television” either went to my school, sat in the same classes with me, or went to some other school and did the same things that I did in school. Which, as I said, was being the class clown, eating and having sex.

Otherwise why would they have given Bristol Palin her own 10 and 1/2 hour television series about her and her 3-year-old son Tripp?  Because they were all too busy as kids being the class clown, eating and having sex!

Even though I tried to dress inconspicuously Mr. Johnson still managed to single me out as the class clown in high school.

A normal kid in school who actually paid attention instead of being the class clown, and lusting after Ms. Feversham, passed all of their tests with flying colors, understood Algebra, Science, excelled at sports, and, just for laughs, joined Future Farmers of America in high school because they were bored and were curious as to if chocolate milk came from brown cows….not because they had any intention of becoming farmers.

Meanwhile, the idiots, such as myself, who did not go into broadcasting because they were too stupid to do anything else, with the exception of Pee Wee Herman and Captain Kangaroo, went on to become TV executives which is why we’re all being subjected to yet another reality show about Bristol Palin entitled, “Bristol Palin: A Life’s Tripp.” Which of course took a freakin’ rocket scientist and some NASA tech to come up with that catchy title.

Why in the world would ANY of you spend 10 and one half hours, (have no idea where the half comes in) watching Bristol “freakin” Palin and her son Tripp doing whatever the freak they do in their daily lives?  Are some of you THAT brain-dead that you’d actually watch that?

Um….wait a sec….were you in class with me and did the same things I did and just ate, had sex,  was the class clown and became a disc jockey?  Maybe not….what are the odds.

WAIT!  Maybe on that sex part, (after eating and class clowning activities) you had sex, your girlfriend became pregnant and NOW you can relate to Bristol “freakin” Palin. Yep…that’s gotta be it.  Otherwise, if you watch this program, you are verifiably brain-dead.

Oh…..there is an exciting scene in one of her shows. She goes into a bull riding bar, which I assume is where all young mothers hang out, and gets into a confrontation with someone who rags on her mom, who as we all know is the lovable and sweet Sarah “freakin” Palin.

Look folks. I don’t give a rats ass if you like or dislike the Palin’s. Your choice. What I personally give a rats ass, maybe two or three rat asses about, is that this is “insane” television. Absolutely mindless zombie television. Lifetime knows it, critics know it, a lot of people with brains know it, and so do I.

Because those smart ass television executives know they can make a buck by hawking this inane stuff to a lot of brain-dead Palin lovers which means money in their pockets as well as….you guessed it….Bristol “freakin” Palin. And, of course many of you will be more than happy to oblige them by watching the show.

So who are the stupid ones in this story?

I’ll tell ya who.  All the rest of us who played by the rules. Got married, landed a decent job, had a kid or two, and, without whining endured all the trials and tribulations of our daily mundane lives without ever having a TV reality show of our own.

Because our mommies and daddies never ran for Vice President and lost.

Sooooo, what’s wrong with this picture?  I’ll tell ya.

What’s wrong with this picture is that it’s not an oil painting. Which is something set on solid canvas. Nope. The lesson, as I’ve said before, is to NOT play by the rules. Play by the example Bristol Palin sets for all of you youngsters.  Which is.

Eat, be the class clown, and find some chick who’s mom or dad is famous or powerful, knock her up, do NOT get married, but don’t pull a Levi Johnston and dump her, and then you’ll be guaranteed big bucks without ever having to buy a lottery ticket or enter the Publishers Clearing House sweepstakes. How simple is that!

The “reality” of it all thanks to Bristol “freakin” Palin….and….Lifetime TV.

(DONATE) The MisfitWisdom PayPal reality donate link ins posted below. If it is not highlighted, (blue) it might be due to the fact that I barfed on it writing this story. Otherwise, just copy and paste the link into your browser to go to the PayPal site. Considering “I” do not have a reality show, am too old to knock up anyone, do not have a famous mom or dad,  have somewhat of an intact logical brain, which is why I watch all of the other shows above that I listed, and because I do not make ANY bucks writing this stuff, perhaps, instead of giving any respectability to Palin’s show and making those sponsors rich, you could donate a few bucks to MisfitWisdom. THAT’s the “reality” of it all folks.

Former disc jockey, (Dick Jones) 30 years, and author of, "I Could Have Been Famous But Sex, Love & Life Got In The Way" available at Amazon.com books, & Kindle, "The Covert Chamber" a mystery novel available at Amazon.com and Barnes & Noble, and "Forgotten" the story of two WWI pilots who were forgotten for over 70 years available on Amazon.com and Kindle
View all posts by misfit120 →
This entry was posted in Uncategorized and tagged 60 Minutes, ABBA, Blue Bloods, Bones, Bristol Palin, Castle, Criminal Minds, CSI, Dateline, Glades, In Plain Sight, Justified, Lifetime TV, NCIS, Psych, reality TV, Rizzoli & Isles, Supreme Court, The Closer, The Mentalist, White Collar. Bookmark the permalink.