Is There Something Going On Between John Boehner & Eric Cantor?

There was Dean Martin and Jerry Lewis, Bud Abbott and Lou Costello, Stan Laurel and Oliver Hardy, Johnny Carson and Ed McMahon, Lucy and Desi, and Kermit and Miss Piggy. It was normal to see those duos together. In fact, if they were not seen together, you began to wonder to yourself…..what’s up? 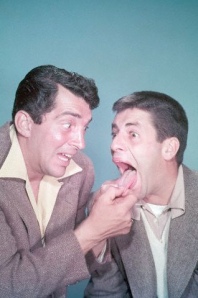 But, for the most part you expected the above named people to always be together. Well, maybe not so much with Kermit and Miss Piggy because, after all, Kermit IS a frog and Miss Piggy IS a pig and I really don’t think they would be compatible if they were to get married.  Gawd knows what the children would look like…or what you’d call their offspring.

The same can be said for the relationship between House Speaker John Boehner and Representative Eric Cantor. (R-VA)

What the hell is going on between those two anyhow?

Don’t you think it’s kinda strange that in 90% of the photos you see of Speaker Boehner, Cantor is always in those photos and always no more than one or two feet away. WTF!!! 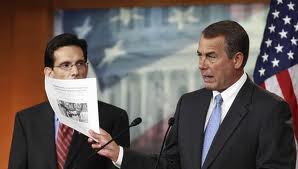 You're ashamed of me aren't you John. That's why you're blocking my face isn't it.....tell me John....tell me the triuth...I can take it. 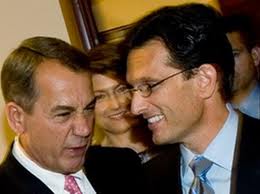 Geeeez Eric, will ya pop a damn breath mint or somethin'

And neither one of them are part of a comedy team or a member of the Muppet Show. As far as I can determine anyhow.  Unless you count the current Congress, which, is a Muppet show all its own.

I’ve assembled a few photographs of Boehner and Cantor to make my point.

In the final analysis, I’ll leave that up to some investigative team to sort out. 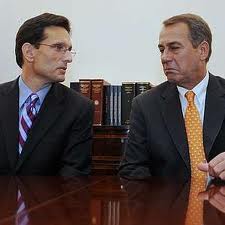 Geez….now what the hell am I gonna do?  I don’t want to write any stinkin’ serious news.

“Hello, is this the office of Speaker John Boehner?”

“Well, I’m a humor blog writer and I accidentally wrote a blog about how unusual it is that the Speaker and Representative Eric Cantor always seem to be together in every photograph I see. I’m afraid that something may be going on between the two and if there is, I don’t want to be responsible for breaking the story because it will damage my credibility as a humor writer.  I don’t want to be taken seriously.”

“So what is it you want from the Speaker’s office sir?’

“Can ya just clear things up for me, perhaps by just telling me it’s a coincidence that they’re together in almost 90 % of the photographs I see.”

“Sir, it’s just a coincidence that they’re together in 90 % of the photographs that you see.”

“Hey….as long as  I’ve got you on the phone, is there a chance you could ask Speaker Boehner for an autograph?”

“Oh, I’m so sorry sir. I can’t do that right at this moment. The Speaker is with Mr.Cantor in his office and left explicit instructions not to be disturbed.”

“Hold on just a second sir……….yes waiter, just leave the caviar, wine and matching bath robes outside of the Speakers door….thank you.”

(DONATE)  The MisfitWisdom PayPal donate link is posted below. If it is not highlighted, (blue) copy and paste it into your browser and it will take you to the PayPal site. If you just happen to see a tray with caviar and wine outside of the PayPal donate door with a “do not disturb” sign,  just slip your donation under the door. Thanks. 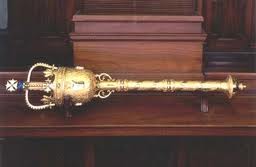 Photo of the Speakers Mace. Which the Speaker of the House can carry just in case he is attacked and has to mace anybody with pepper spray.

Former disc jockey, (Dick Jones) 30 years, and author of, "I Could Have Been Famous But Sex, Love & Life Got In The Way" available at Amazon.com books, & Kindle, "The Covert Chamber" a mystery novel available at Amazon.com and Barnes & Noble, and "Forgotten" the story of two WWI pilots who were forgotten for over 70 years available on Amazon.com and Kindle
View all posts by misfit120 →
This entry was posted in Uncategorized and tagged Eric Cantor, John Boehner. Bookmark the permalink.