Can You Stomach This! Music From Inside Of Your Body. 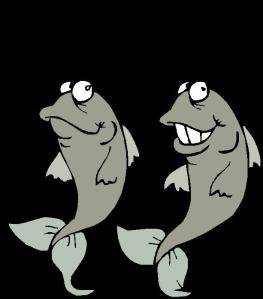 I dunno, ever since I ate that tasty capsule I found I just feel like dancing.

Seems to me that I recall writing something a month or so ago about how technology is advancing so much, that I predicted that eventually everything electronic will become a part of our bodies.  You know, like cell phones implanted into our ears permanently.

Everyone laughed at me. Kids made fun of me as I walked down the street. Dogs would chase me.  Any friends that I had (2) refused to be seen with me in public. My other half called me an idiot. She always calls me that anyhow, so that didn’t hurt as much as the others.

Now it’s finally happened. Honest!  I’ve been vindicated! So take that, the rest of you idiots. Um……not you dear.

Swedish inventor Fredrik Hjelmqvist, (pronounced He-elm-cookie crisp) has introduced the “Pause Gut Par” which is a mini audio system that you swallow in a capsule, and then, using a stethoscope, listen to music play inside your stomach.

This raises a lot of important questions here folks.  Like how exactly does this mini audio system in a capsule stay in your stomach long enough for you to enjoy, say, the entire length of “Stairway to Heaven” by Led Zeppelin?  Unless of course you have a very slow digestive system, in which case, you could actually listen to the entire album before pooping your mini audio system out.

Not to mention the cost of that single poop, which would be $17,000, the retail price of this audio system.  Boy is THAT a lot of crap!

This may also cause somewhat of a problem if you’re walking around somewhere in public with a damn stethoscope around your neck, and someone yells out, “is there a doctor in the house” and whisk you away to help some poor soul while you’re listening to “DOA” by Bloodrock.

“Quick Doc, give this guy some CPR!”

“Uh, could you wait about eight minutes, I’m listening to “Hey Jude” by the Beatles and I wanna finish listening to the song before my coffee and burritos kick in and have to beeline it to the bathroom.”

So ya see, a lot of problems can arise from swallowing that capsule.

I myself do not see the logic of paying all of that money for an audio system that you’re eventually going to poop out.  Then it gets flushed down the ol toilet, makes its way into the septic system, eventually gets emptied by the septic guys, makes its way to wherever septic stuff goes, and could possibly end up somewhere back in the environment in a water system, after its refined, and out in some stream or ocean.

Then, some unsuspecting fishermen out for a leisurely day of fishing, catches a striped bass or something and panics when the fish starts singing a tune from the 70’s or 80’s, depending on what songs you originally downloaded. You know they’re never gonna believe the guy when he tells THAT fish story.

So I have no idea what the hell that Swedish guy was thinking when he came up with that idea. Obviously he’s spent waaaay too much time up in the Alps where the air is very thin.

This invention would also affect pregnant women in jesting that capsule.

“Dear….come quick….I think I heard the baby say something from inside of me!  Put your ear on my stomach and listen.”

“What is it sweetie?”

“Geeez…..it sounds like, “We Gotta Get Outta This Place” the old Animals song.”

The way I look at all this is, if I’m gonna fork out $17,000 for a mini audio system in a capsule that I swallow so that I can listen to all of my favorite songs…….

I’m gonna make damn sure I’m constipated for a very long time……..at least till I get my freakin’ money’s worth.

Former disc jockey, (Dick Jones) 30 years, and author of, "I Could Have Been Famous But Sex, Love & Life Got In The Way" available at Amazon.com books, & Kindle, "The Covert Chamber" a mystery novel available at Amazon.com and Barnes & Noble, and "Forgotten" the story of two WWI pilots who were forgotten for over 70 years available on Amazon.com and Kindle
View all posts by misfit120 →
This entry was posted in Uncategorized and tagged cpr, Fredrik Hjelmquist, Led Seppelin, MD's, Mini audio system, Sweden, The Animals, The Beatles. Bookmark the permalink.