Is Hugh Hefner Actually A Dummy? 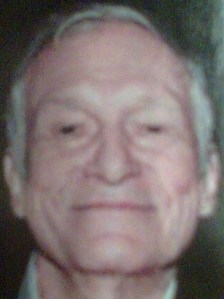 You see all of these photos of Playboy Magazine’s Hugh Hefner I’ve posted.

Do you kinda see anything weird about Hef?

A HA!!!!  See…..it’s the same smile in every single photograph I found of Hef in over 6 months of Playboy’s.  The same smile!!!

Ya know what this could possibly mean. It means that Hef, who’s supposedly into his 80’s, is no longer with us. It’s a dummy created  by Madame Tussauds wax museum for Playboy to dupe us all into believing that Hef is still with us, when, in fact, he’s probably really no longer with us at all.

Let’s look at the facts here folks.  How many of us have really actually seen Hef?  Have you EVER run into him at a Wal-Mart? Maybe at a convenience store. Or pumping gas in the Playboy limo.

HAH!!  See.  Besides that, look at that smile on his face….it’s exactly the same in every single photograph I found. Who the hell has the same exact smile in every picture they take?  And you never see his teeth either! I’m tellin’ ya the guy is a dummy and they just dress him in different bathrobes and surround him with live women to make him look real.

My discovery has implications far beyond the infamous “Grassy Knoll” theory.  I’ve stumbled upon what might be the biggest coverup in history.

The facts point to a ruse by Playboy Magazine’s staff to make us all believe that Hef is still with us. I mean, think about it.  How many hot babes do ya see falling all over an 80-year-old guy?  Yet, month after month there he is, surrounded by voluptuous heaving bosom women…but…..with that same stupid grin on his face.

What most likely happened to Hef is that he overdosed on Viagra one night many years ago when it first came out on the market and Playboy officials decided that they’d better cover this up lest sales of their magazine plummet due to his iconic status as the ultimate playboy.

But Playboy, I’m onto you and today I’m exposing all of you for attempting to fool your readers into thinking that Hef is still with us. So there!!!!

And all of you Playboy Bunnies that have had to endure photo sessions with a wax dummy, you’re free….free at last!!! No more melting wax all over your bodies due to the hot lights during photo sessions.

Now, that said, and Hef finally exposed……if any of you Playboy Bunnies wish to pose with a real live stud, no wax involved, please contact me via WordPress.

I have a large supply of Viagra and promise to project my ultimate pleasure with a complete series of happy face expressions, each one different as I saviour those heaving, throbbing, voluptuous, soft….um………er…….you get the point. 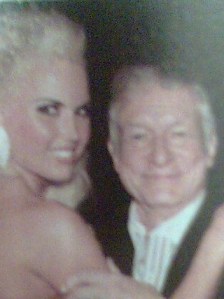 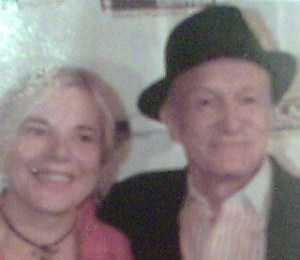 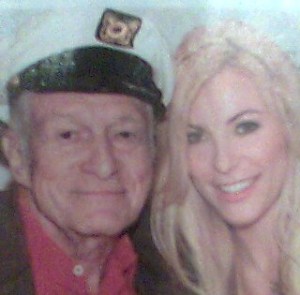 Former disc jockey, (Dick Jones) 30 years, and author of, "I Could Have Been Famous But Sex, Love & Life Got In The Way" available at Amazon.com books, & Kindle, "The Covert Chamber" a mystery novel available at Amazon.com and Barnes & Noble, and "Forgotten" the story of two WWI pilots who were forgotten for over 70 years available on Amazon.com and Kindle
View all posts by misfit120 →
This entry was posted in Uncategorized and tagged coverups, grassy knoll, Hugh Hefner, Madame Tussaud, Playboy Magazine, Viagra, Wax Museum. Bookmark the permalink.

2 Responses to Is Hugh Hefner Actually A Dummy?